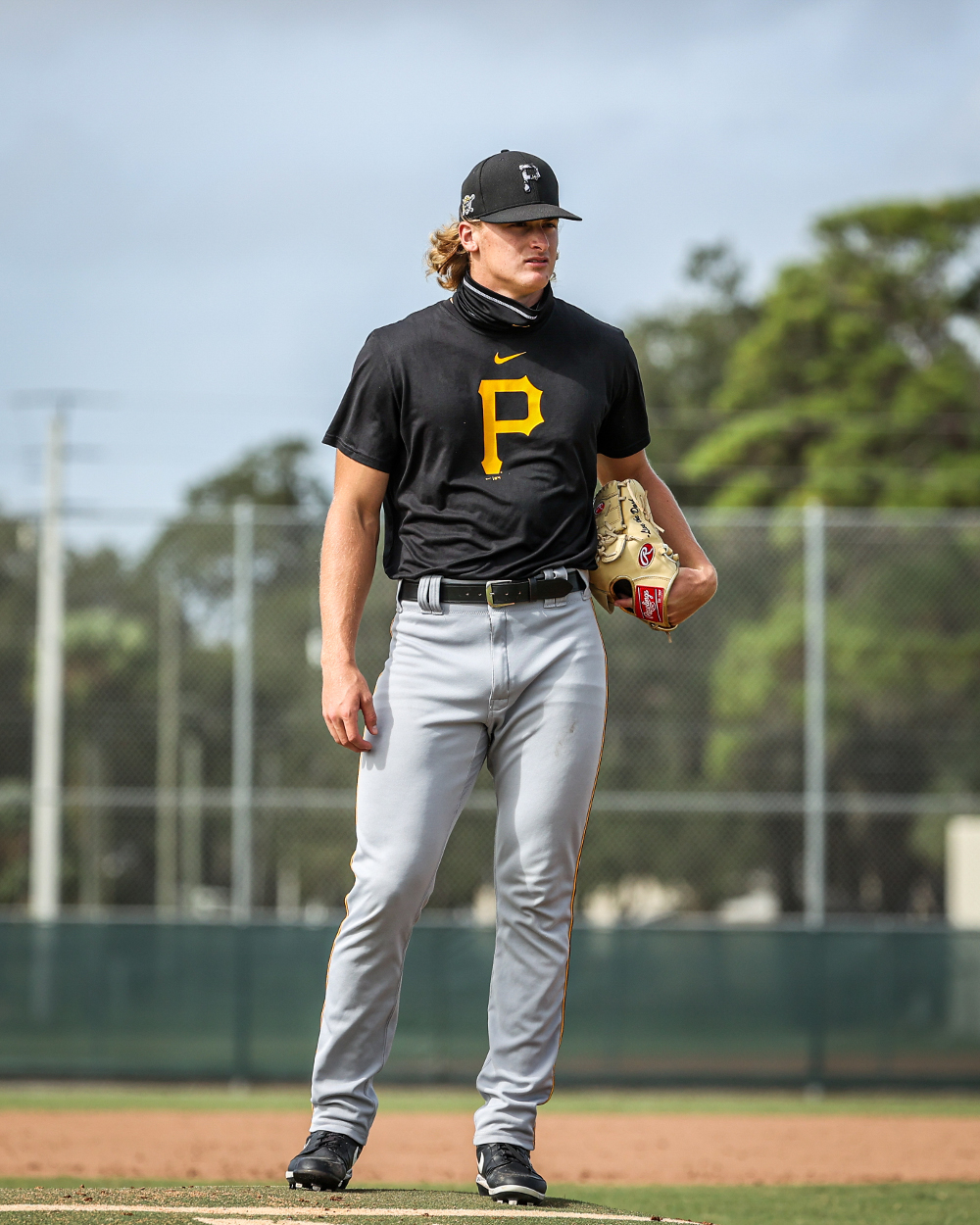 Law has Ke’Bryan Hayes ranked 13th overall on his list and spoke very highly of him, noting his ability to make hard contact last year in the majors and his above average defense, calling him a 4-5 win player even if he doesn’t hit 20+ homers. All three rankings so far have Hayes among the top 15 prospects in the game. It’s interesting to note that all three also have a second best prospect for the Pirates…

The other Pirates prospect to make his list is Quinn Priester, who comes in ranked 73rd overall. Priester made the list for Baseball America (ranked 58th), but did not for Baseball Prospectus. Oneil Cruz ranked second on the Pirates for BA, while Nick Gonzales was second among Pirates for BP. Law talks about the progress that Priester made in 2020, noting that he’s more of a four-pitch guy now, which could help him exceed his previous expectations. I’ll note that Law mentions that Priester got up to 97 MPH in a fall outing, but he actually hit 99 MPH this summer, so that top speed is a little better.

** Baseball America posted their list of the top 20 shortstop prospects in baseball today. Earlier this morning, we shared the list from MLB Pipeline, which had Oneil Cruz ranked ninth at the position. BA’s list has Cruz ranked eighth. They also went 20 spots deep, compared to ten for Pipeline, but Cruz was still the only Pirates player on the list. It would seem to be a little surprising that Liover Peguero couldn’t squeeze into one of the final 2-3 spots on the BA list. He’s been rated as a top 100 prospect by some sources and the reports from 2020 were good, so he shouldn’t have hurt his prospect stock. However, BA has 19 shortstops among their top 100 prospects, so Peguero could be in the 101-120 range for them and still wouldn’t make this list.

** BA posted their article on the top second base prospects on Wednesday and had Nick Gonzales rated second. That’s the same spot as his placement on the Pipeline list, which we wrote about here. Unlike Pipeline, BA didn’t have Mason Martin or Ji-Hwan Bae among the top ten at their positions. If you missed it from yesterday, we posted the third base rankings from BA/Pipeline, along with an explanation on how Hayes has two different spots.