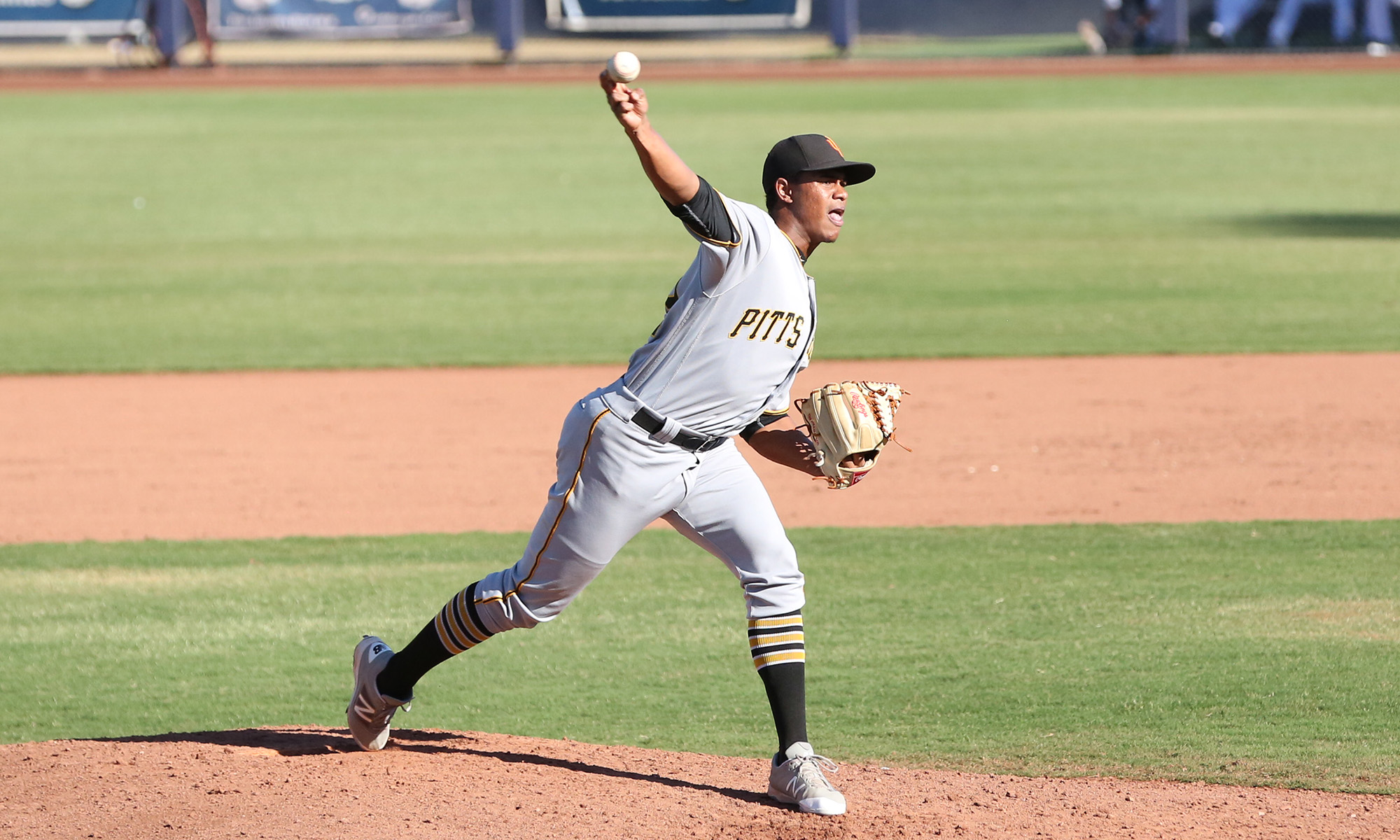 On Saturday night in the Dominican, Edgar Santana helped his team to a 1-0 win in their playoff opener by retiring all three batters he faced. He got a line out and two fly balls, one off of the bat of former Pirates prospect Gustavo Nunez. He was the only Pirates player to see action so far during the playoffs in the Dominican.

The playoffs also started in Colombia, where Francisco Acuna went 0-for-1 with a run scored in a 9-7 game one win, coming off of the bench to replace former Pirates prospect Dilson Herrera at second base.

Apparently everyone is on the same schedule because the playoffs started in Mexico as well. Fabricio Macias went 0-for-3 in his team’s 3-2 loss. The starting pitcher was former Pirates prospect Eduardo Vera.

In the opposing dugout, Randy Romero was on the winning side. He played a very small part, standing in center field for the ninth inning. He had one play, catching a fly ball off of the bat of former Pirates prospect Edwin Espinal.

Notice how I tied in a former prospect with each one? That a combo of a luck and boredom because this is all that has gone on over the last three days. You mostly got this update as a reminder that they are playing baseball in a few different places now, even if it doesn’t all involve current Pirates players. The league in Australia is having a lot of trouble getting their games in due to COVID travel restrictions.