Changes in the Pirates’ Pitch Selection

Just for fun, or because I don’t have enough to do, I thought I’d represent in graphical form the changes in the Pirates’ pitch selection over the past five years.  I don’t think much explanation is needed, as nothing here is terribly surprising.  I’ve done this both in the form of the team’s MLB rank is usage of each pitch, and the percentage that each pitch made up of the team’s total pitches.  On the latter, the percentages won’t add up to 100 usually because I haven’t bothered with anything exotic, like the splitter, which Pirate pitchers hardly ever throw.  (That’s true of most teams.) 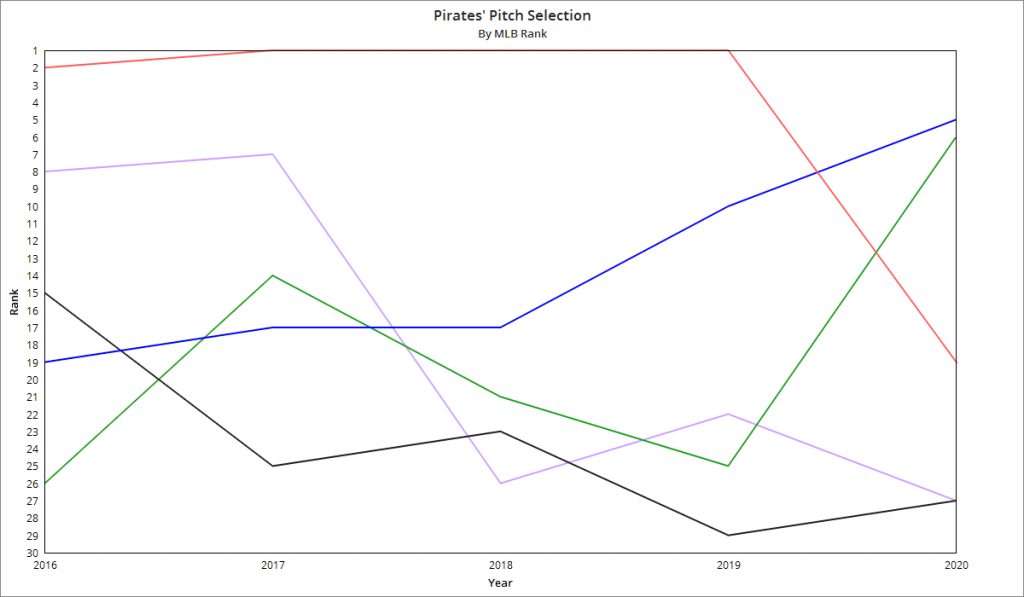 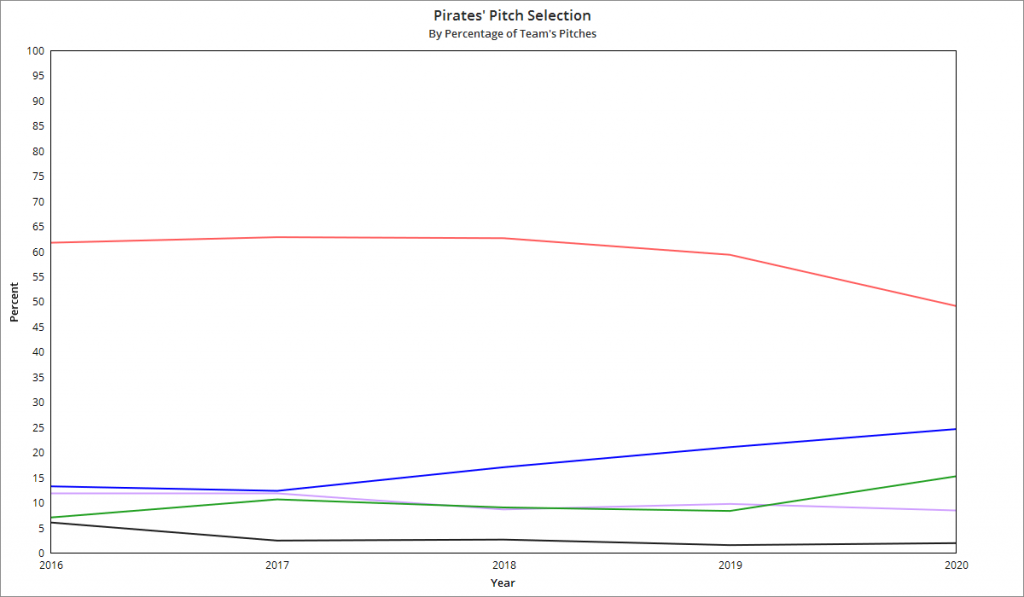 You can see that the changes the team made were seemingly minor if expressed as a percentage of the team’s pitches.  Relative to what other teams were doing, there were some pretty sharp changes.  To some extent, that  may reflect the Pirates lagging behind MLB-wide trends and then suddenly catching up or even going beyond the trend lines.  That, in turn, could help explain the pitchers getting better late in the year.

Overall, the team obviously traded a lot of fastballs for breaking balls, especially curves.  There was also a sudden, and pretty sharp, drop in usage of the change.  I’m guessing that resulted from personnel changes.  As for the cutter, the team largely stopped throwing it after 2016; the cutters that year were mostly thrown by Jon Niese.  As I’ve said before, that strikes me as a lost opportunity, as long as it’s not Niese throwing the cutter.

I’ll see about putting something like this together for individuals later.