Pirates Exhibit Their Many Inadequacies in Doubleheader Sweep by Reds

They wasted a good start from Cody Ponce in game one.  He went four innings, departing after 63 pitches.  He gave up just one hit, but that was an opposite field bomb by Joey Votto.  Ponce walked two, but neither got past first.

The Pirates’ hitters have been out of their depth against pitchers just up from class A, so you can imagine what happened against Trevor Bauer.  Erik Gonzalez started the game with a single, but that was the Bucs’ only hit through six innings.  They got two runners on in the first with one out, but Colin Moran and Josh Bell both whiffed.  In the second they got the first two runners on base with the help of an error, but Bryan Reynolds got caught stealing third, and Cole Tucker and John Ryan Murphy both fanned.  The two combined to strike out all five times up.  Murphy has struck out 23 times in 46 at-bats this season.

Through the end of the sixth, the Pirates got no more baserunners.  Chris Stratton and Sam Howard followed Ponce with a scoreless inning each, so the Pirates came up in the seventh trailing, 1-0.

In the seventh, Moran quickly tied the game with his eighth home run of the year.  The Pirates’ hit total then suddenly ballooned all the way to four when Bell and Kevin Newman both singled, sandwiched around a strikeout by Reynolds.  The Reds went to Raisel Iglesias, who whiffed Gregory Polanco, hitting for Tucker, and Murphy.  For the game, the Pirates whiffed 14 times in 25 ABs.

Howard came back out for the bottom of the seventh and got two easy outs.  He then gave up a single to Jose Garcia and pinch hitter Tyler Stephenson, a third-string catcher, homered to end it by a 3-1 score.

Game two brought Mitch Keller’s return.  It started in classic Pirate, amateur-night fashion.  With two out, Moran doubled in Adam Frazier, who’d been hit by a pitch.  Bell then sliced a line drive that fell in down the left field line.  The Reds had no play on Moran, but caught Bell going for a double.  Moran meanwhile jogged home slowly and failed to reach the plate before Bell was out.  Such a dimwitted play is especially amazing considering that the Pirates survived a challenge in the same situation a few days ago.

The second inning was also very Pirate-y.  Reynolds led off with a single, then Polanco and Newman both struck out.  According to lameday, six of the seven pitches to Polanco were outside the strike zone, but he swung at four of them.  With Reynolds still stuck on first, Jacob Stallings singled, but Gonzalez fanned to end the inning.  In the bottom half, Keller walked the leadoff hitter for the second time and, one out later, Brian Goodwin homered to the opposite field.  So the Pirates had four hits and one run, the Reds one hit and two runs.

Keller’s day was done after the third.  He gave up another home run, this one to Votto.  Those were the only two hits, but Keller walked four and needed 65 pitches.  On the plus side, his velocity was 95-97 mph and he fanned four.

Of course, even the Pirates can hit dingerz in GAB, at least with Anthony DeSclafini pitching.  In the fourth, Bell hit a towering bomb to center for his seventh of the year.  The next inning, after a single by Frazier, Ke’Bryan Hayes lined his second of the year to left-center, putting the Pirates up, 4-3.

When Moran walked following the Hayes homer, the Reds put in Jose DeLeon, who walked both Bell and Reynolds to load the bases.  Having faced only two batters, DeLeon got “injured” as an exit strategy.  Sal Romano came on to get Polanco to pop out.

Naturally, the lead didn’t last long.  Derek Holland had followed Keller with a scoreless fourth inning.  In the fifth, he left for Nik Turley with one on and one out.  Turley gave up a walk, and then a three-run home run to Mike Moustakas.  That put the Reds up, 6-4.

The bottom of the sixth brought one of the more bizarre displays of managerial incoherence in a season that’s been full of them.  Geoff Hartlieb took the mound and was all over the place from the start.  He hit the first batter and walked the next three, forcing in a run.  Shelton consulted his management guide . . . 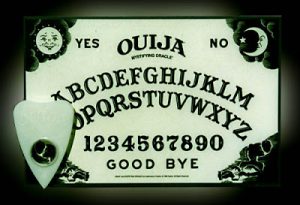 . . . and it told him to leave Hartlieb in.  An error by Gonzalez brought in another run and another walk forced in a third to make it 9-4.  Shelton finally went to get Hartlieb and Austin Davis actually stranded all three runners, getting a strikeout and a double play.  The Reds got their nine runs on five hits.

The Reds sent Nate Jones and his 6.32 ERA out to pitch the seventh. He retired the Pirates easily, bringing their season a little closer to its merciful end.  MLB’s worst team is now 14-32 and has clinched a losing record.