Today’s Card of the Day is one that is now featured in our Cardboard Bucs section on Pittsburgh Baseball Network. Prior to today, we were only including the 2018 Bowman Draft Oneil Cruz card in our player packages for the Prospect Guide release. You can still purchase it there, along with the Prospect Guide with the Cruz cover (plus our t-shirt/beer glass/ebook as well). However, you can now also purchase the 2018 Bowman Draft card separately, up to five cards per orders. Let’s look at the featured card. 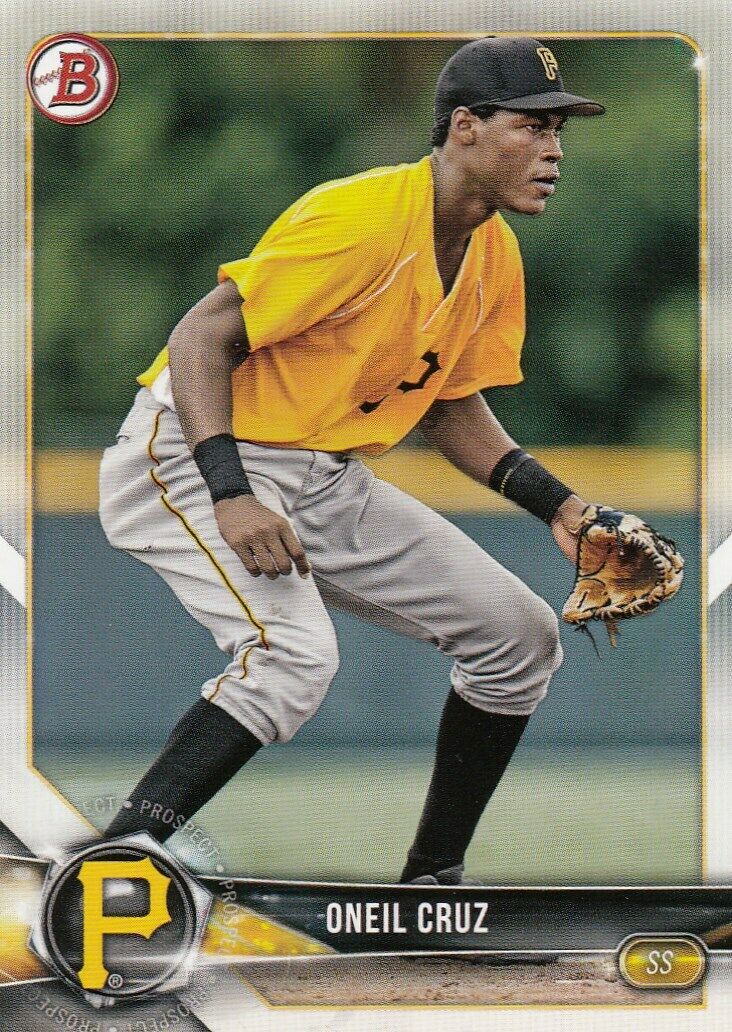 As you can see, it looks like they had to shoehorn the 6’7″ Cruz into the photo to get all of him in there. He actually grew to 6’8″ (and added about 35 pounds) by the time he was done, but then at 19 years old, he was still an imposing figure. Cruz grew seven inches after signing his first pro deal at 16 years old with the Los Angeles Dodgers. The Pirates, who had a real interest in signing him as an amateur, acquired him from the Dodgers in the 2017 Tony Watson deal. Cruz was listed as a shortstop on the front of this card, but he was playing third base at the time. He’s back at shortstop now, currently working out at the Pirates Alternate Training Site in Altoona. This is the first Bowman card picturing Cruz in a Pirates uniform.

Here’s the back of the card: 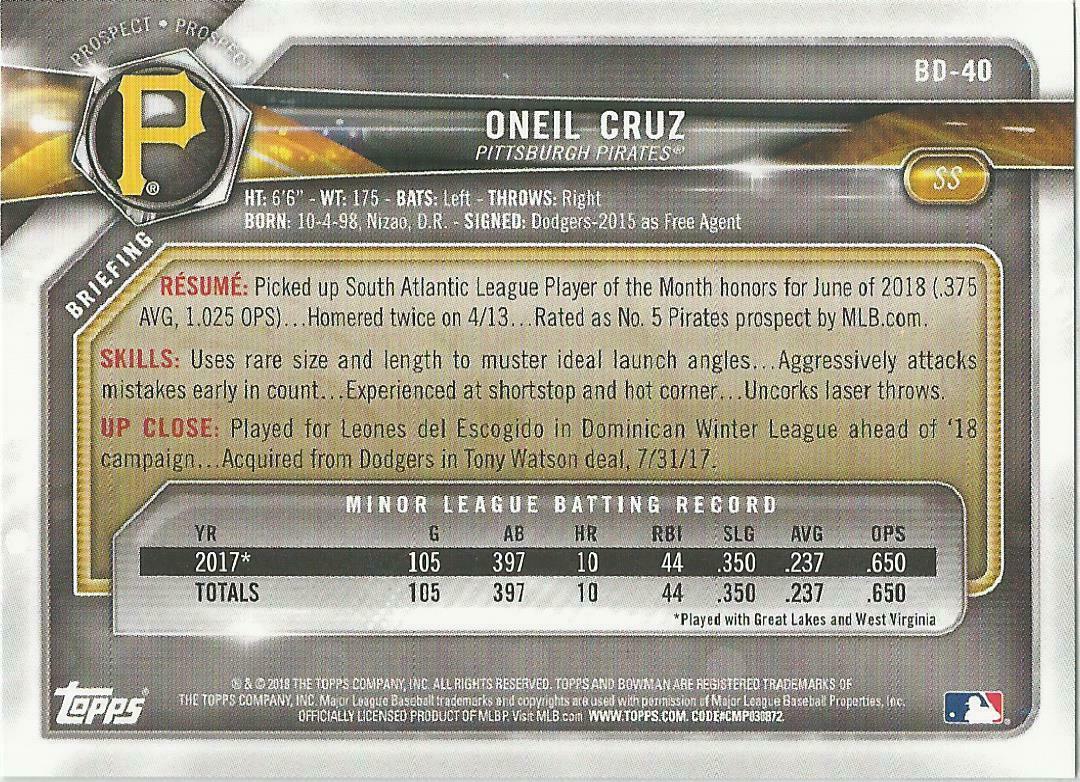 The back of the card has some bio info, including  Cruz winning the 2018 South Atlantic League Player of the Month in June. Unlike most baseball cards, the Bowman Draft set is released later in the season, so they have “current” info on the player, but the stats at the bottom only include the previous year. The back also lists Cruz’s prospect ranking with MLB.com, a scouting report about his power and speed, and it notes his winter league action. If you’ve never watched him play, “uncorks laser throws” is an accurate description of his arm.

If you want his first Pirates card, this is the one to get, especially when you consider the price that makes it affordable for everyone. If Cruz isn’t your cup of tea, our Cardboard Bucs section currently includes eight other Pittsburgh Pirates, including five choices for Mitch Keller and three for Ke’Bryan Hayes. More will be on the way in the future.