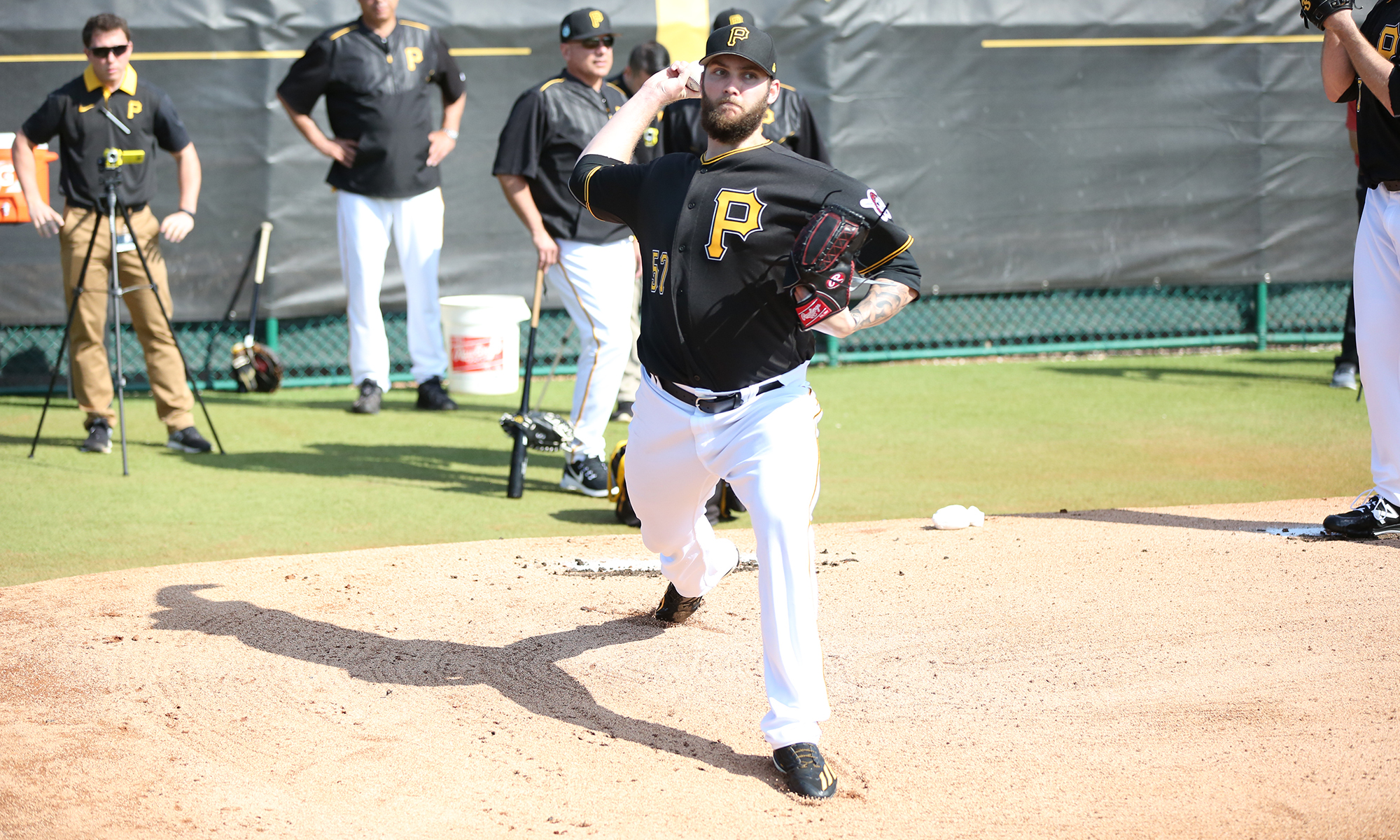 Tonight seemed like a good matchup for the Pirates, since they were facing the Reds’ Anthony DeSclafini.  He’s having a terrible year and they’ve always hit him hard; in fact, he’s allowed more home runs to them in his career than to any other team.  But the Bucs weren’t up to it, having one of those games where you can’t avoid the conclusion that they’re just not any good.  Eugenio Suarez launched three home runs and the Reds won, 6-2.

Evidence continues to mount that Trevor Williams may not be more than a very marginal major league starter, at best.  He pitched well for two innings, but got pounded in the third.  Tucker Barnhart led off with a home run to center, which was extra-costly because Anthony Alford banged into the wall and fractured his elbow, so he’s no doubt gone for the year.  Joey Votto followed with a double and, after an out and a walk, Eugenio Suarez homered to put the Reds up, 4-0.

The Pirates didn’t start well against DeSclafini.  They wasted a leadoff double by Erik Gonzalez in the first, and a pair of two-out runners in the second.

In the third, the Bucs started making a little progress.  They got Gonzalez and Adam Frazier to second and third with nobody out on two singles and a throw to third.  They scored only one run, though, on a sacrifice fly by Gregory Polanco.  They got a bad break when Josh Bell hit a two-out liner off Mike Moustakas’ glove, only to have Suarez pick it up and barely get Bell at first.  In the fourth, Jacob Stallings cut the deficit to 4-2 with his second home run of the year, a 105 mph EV liner to left.

Williams got through two more scoreless innings after the third, then gave up a leadoff home run to Suarez in the sixth, making it 5-2.  Over six innings, he gave up five hits, three walks and five runs, and fanned six.  He’s now allowed ten bombs in 40.1 innings, and home runs are down this year MLB-wide.  Williams threw 111 pitches, which is a little puzzling given how cautious the Pirates are being with other players, as well as the fact that they have a ten-man bullpen.

Derek Holland, who can’t be spared from the team because his ERA is more than double Cody Ponce’s, relieved Williams and gave up yet another bomb to Suarez.  Kyle Crick had an easy ninth apart from a walk, although his velocity remains only 90-91.

The Pirates’ hitters finished the game in their usual futile style.  They had plenty of baserunners, but went 0-for-9 with runners in scoring position.  They loaded the bases with two outs in the sixth, but Frazier fanned.  In the ninth, two Reds’ errors put runners at the corners with one out, but Colin Moran grounded into his second double play, bringing the game to a fitting end.  Gonzalez reached base four times, but the 3-6 hitters — Bryan Reynolds, Moran, Polanco and Bell — combined to go 0-for-13.  The Pirates are now 12-26.