It’s probably not a spoiler alert to reveal that Ke’Bryan Hayes is our number one prospect in the soon-to-be-released 2020 Prospect Guide. Hayes was right behind Keller in our pre-season list, and with Keller graduating, Hayes had moved up to number one.

Last week we revealed the Prospect Guide 10th anniversary cover, featuring three variant editions. One of those variants featured Hayes on the cover.

Today we’ve got a sneak preview of what the inside of the book will look like. Each player in the top 50 will have a full page profile, and we had some fun designing those top 50 sections this year. To give a preview, here is a look at Ke’Bryan Hayes, the number one prospect. 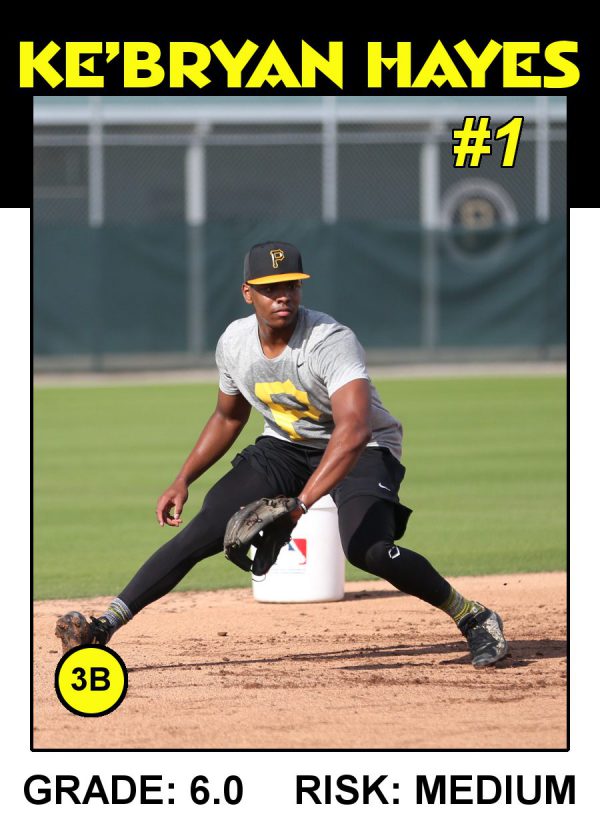 Each player in our final top 50 will have a similar profile set up, with stats and scouting reports filling up the rest of the page. The top 50 only makes up less than a third of the book, with profiles on every player in the system, draft reports, and a full international section.

The Prospect Guide is available for pre-sales right now, including the very limited Ke’Bryan Hayes bundle, which comes with his rookie card, and saves you 10% overall. Click the banner below to order your copy! 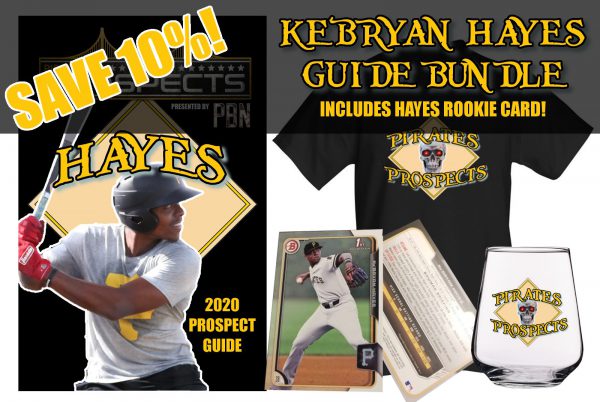