Thanks largely to Ke’Bryan Hayes in his big-league debut, the Pirates managed to last 11 innings against the Cubs and their loyal ally, home plate umpire John Trumpane.  In the end it wasn’t enough and the Cubs won, 8-7.

Chad Kuhl battled, as he generally has done in his return from Tommy John surgery.  The Cubs jumped all over his sinker in the first.  Ian Happ started the game with a home run, but Kuhl got three straight outs after that, two on line drives.

Kuhl had to battle through his defense in the second.  The Cubs got two on with one out and Erik Gonzalez fumbled a double play grounder and got nobody.  Kuhl then walked Jason Kipnis on four pitches to force in a run.  But he avoided further damage by fanning Happ and getting Kris Bryant to ground out on a 3-2 pitch.

After a 1-2-3 third, Kuhl gave up a walk and a single to start the fourth.  This time he actually got the double play, but then gave up an RBI single to Kipnis.

A single to start the fifth finished Kuhl and Tyler Bashlor, who’s pitching like he’d have fit right in with Neal Huntington’s 2019 bullpen, quickly gave the Cubs a 6-1 lead.  He got one out, but the next two batters doubled and homered.  That left Kuhl with a line of six hits and four runs, three earned, in four-plus innings.

For five innings, the Pirates’ efforts against Jon Lester were a microcosm of why their offense is awful.  Asked about their problems at the plate a few days ago, Derek Shelton said they needed to go after fastballs more aggressively.  It’s really hard to see a lack of aggressiveness as the issue.  They have by far the worst BB:K ratio in the NL.  They swing at pitches outside the strike zone the fourth most often in the league, just slightly less often than the leader.

Lester, on the other hand, throws very few strikes.  He keeps everything just outside the zone and relies on hitters chasing, as well as bad umpiring.  It’s an approach that’s wearing thin as his fastball velocity drops; he came into the game with an xFIP of 5.14. 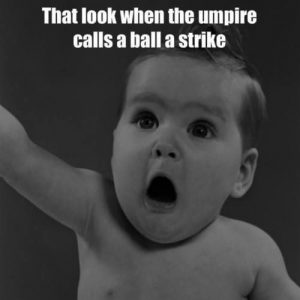 Anyway, whoever was at fault, the Pirates missed a chance in the first with runners at the corners and one out, as Josh Bell fanned and Jacob Stallings flied out.  They picked up a run in the second when Colin Moran doubled and came around on two ground outs.  In the third they got two on, but Bell and Stallings went after 1-0 pitches and were retired (although Bell hit the ball well).

In the sixth, David Ross pulled a Grady Little, to the Pirates’ benefit.  With one out, Stallings singled, Moran walked and Hayes doubled in Stallings to pick up his first major league hit and RBI.  Ross left Lester in to give up an RBI single to Adam Frazier and an RBI double to Jose Osuna.  After Lester left, a sacrifice fly by Gonzalez made the score 6-5, Cubs.

Starting in the sixth, the Pirates got three scoreless innings combined from Dovydas Neverauskas and Geoff Hartlieb.  Neither one threw many strikes, but they managed to walk just one each.

That got the game to the middle of the eighth, when a rain delay of over an hour intervened.  Once play resumed, Hayes had an even bigger moment, belting his first career dinger to center.  Richard Rodriguez threw a scoreless ninth and the Pirates missed a chance in the bottom half after Kevin Newman led off with a double, so it went to extras.

The Cubs got their free runner home in the tenth on a sacrifice fly off Chris Stratton.  In the Pirates’ half, Hayes started at second and took third on a grounder.  Anthony Alford, in his first Pirate at-bat, hit a chopper in front of the plate and Hayes, with a very quick jump and an excellent slide, beat the toss home to tie the game.  Alford then got caught off first for a double play when Gonzalez lined to short.

In the eleventh, the Cubs got their runner home immediately when Happ led off against Kyle Crick with a single.  The Pirates went down tamely without moving their runner off second.  So far this year, the Pirates have plated only three of their ten free runners.  Their opponents have scored seven of ten.  The Pirates are now 10-23.