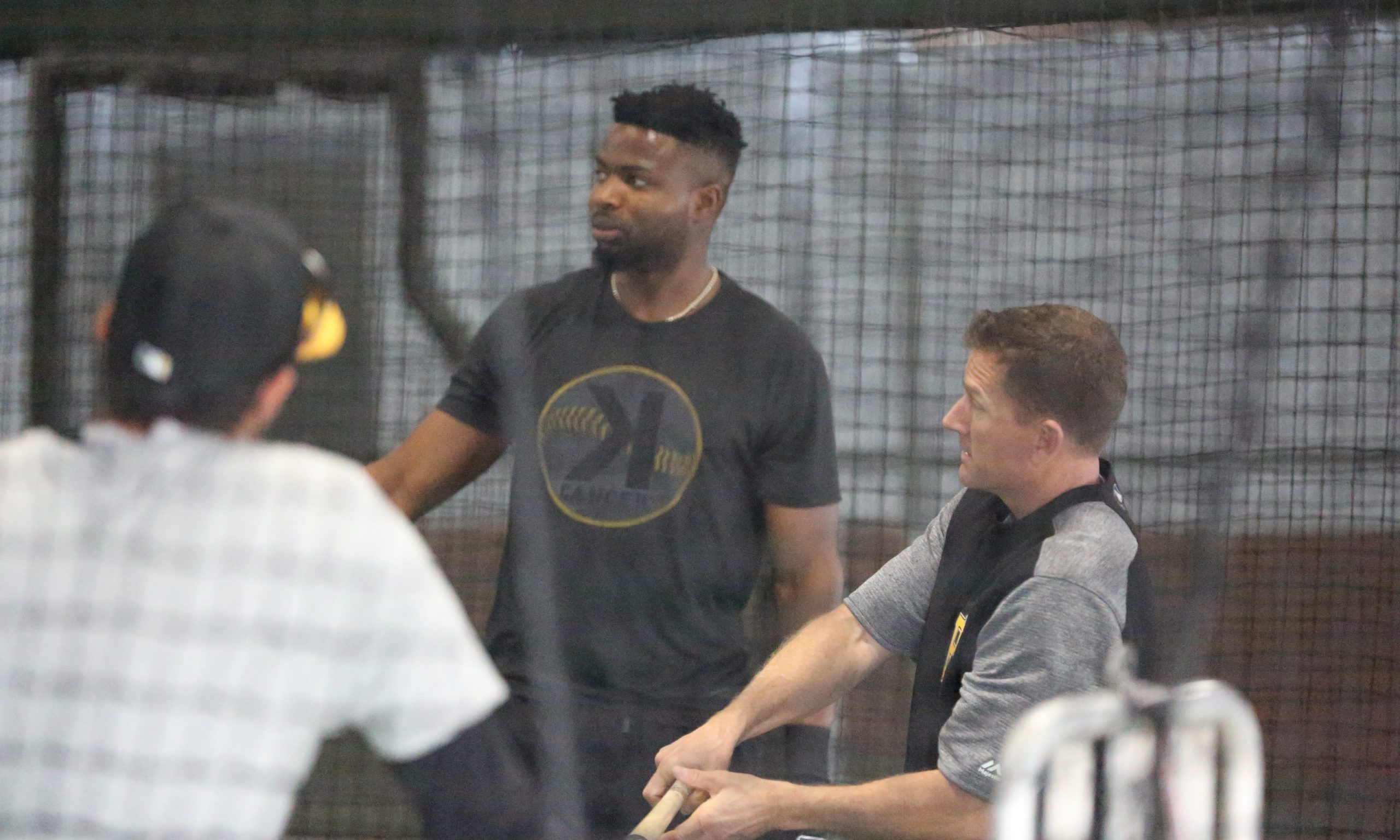 Gregory Polanco had an adventurous day.  He stole his first two bases of the year, got picked off second, and went 2-for-3 with a walk.  He also hit a two-run dinger to give the Pirates a come-from-behind win and a series sweep against the Milwaukee Brewers.  The Pirates won, 5-4.

The game didn’t start very well for the Pirates.  The leadoff batter, Avisail Garcia, grounded to third and then strangely collided with Colin Moran at first while Moran was fielding a not-especially-off-target throw from Erik Gonzalez.  Moran left after the second inning to be evaluated for concussion symptoms.

Things improved a bit as the Bucs got some early offense.  Gonzalez led off the bottom of the first with a double and scored when Adam Frazier singled through the shift.  In the second, the Pirates made it 2-0 with Gregory Polanco led off with a single, stole second, went to third on a grounder and scored on a single just past short by Jarrod Dyson.

J.T. Brubaker dominated Milwaukee for three innings, allowing just a walk and fanning five.  The Brewers didn’t get their first hit until one out in the fourth, when Keston Hiura singled.  Hiura scored on a double by Justin Smoak.  The top of the fifth started with a double and an RBI single, and Brubaker was lifted.  He’d thrown only 76 pitches, allowing four hits and a walk, and fanning six.

Geoff Hartlieb relieved and got out of the fifth with the score still tied.  In the sixth, though, the leadoff batter reached on an error by J.T. Riddle, who came in to play third due to the injuries.  The next batter, Smoak again, sliced a pitch away down the short left-field line and hit the foul pole for a bit of a cheapo two-run home run and a 4-2 Brewers lead.  Hartlieb got one out, then left for Sam Howard.  He nearly blew up the game due to wildness but got out of a two-out, bases-loaded jam.

Riddle led off the bottom half of the inning with a double.  Bryan Reynolds got him home with a single to make it 4-3.  The double was the first extra-base hit by any of the position players acquired by Ben Cherington not named Evans.  It came after well over 100 combined plate appearances by Riddle, John Ryan Murphy, Dyson and Guillermo Heredia.

The bullpen did their job of keeping it close.  Chris Stratton and Nik Turley, who seems to be coming around pretty well, each threw a quick inning.

The Pirates had their chance to tie the game in the bottom of the seventh.  Dyson led off with a bunt hit, took second when the pitcher threw the ball away and third on a bunt by Jacob Stallings.  But Gonzalez fanned chasing a couple of high fastballs and Frazier also whiffed.

In the eighth, they did better than tie it.  Cole Tucker singled with one out and, with two out, Polanco hit a towering blast to center, his fourth bomb of the year, to put the Bucs up, 5-4.  Richard Rodriguez, who appears to be Plan D for closer, had exactly the amount of drama you like, i.e., none, in the ninth.  He fanned the first two batters and got a line out to end it.  Stratton got the win and Rodriguez his first save.

MOAR BREWERS!  The Bucs are now 4-2 against Mil, 3-15 against everybody else.

UPDATE:  I’ll add a couple twitter notes from Jason Mackey.  One, until Polanco came along, left-handed hitters were batting 045/125/045 against David Phelps.  Two:

Christian Yelich in six games against the Pirates this season: 1-for-25 (.040) with 10 strikeouts.