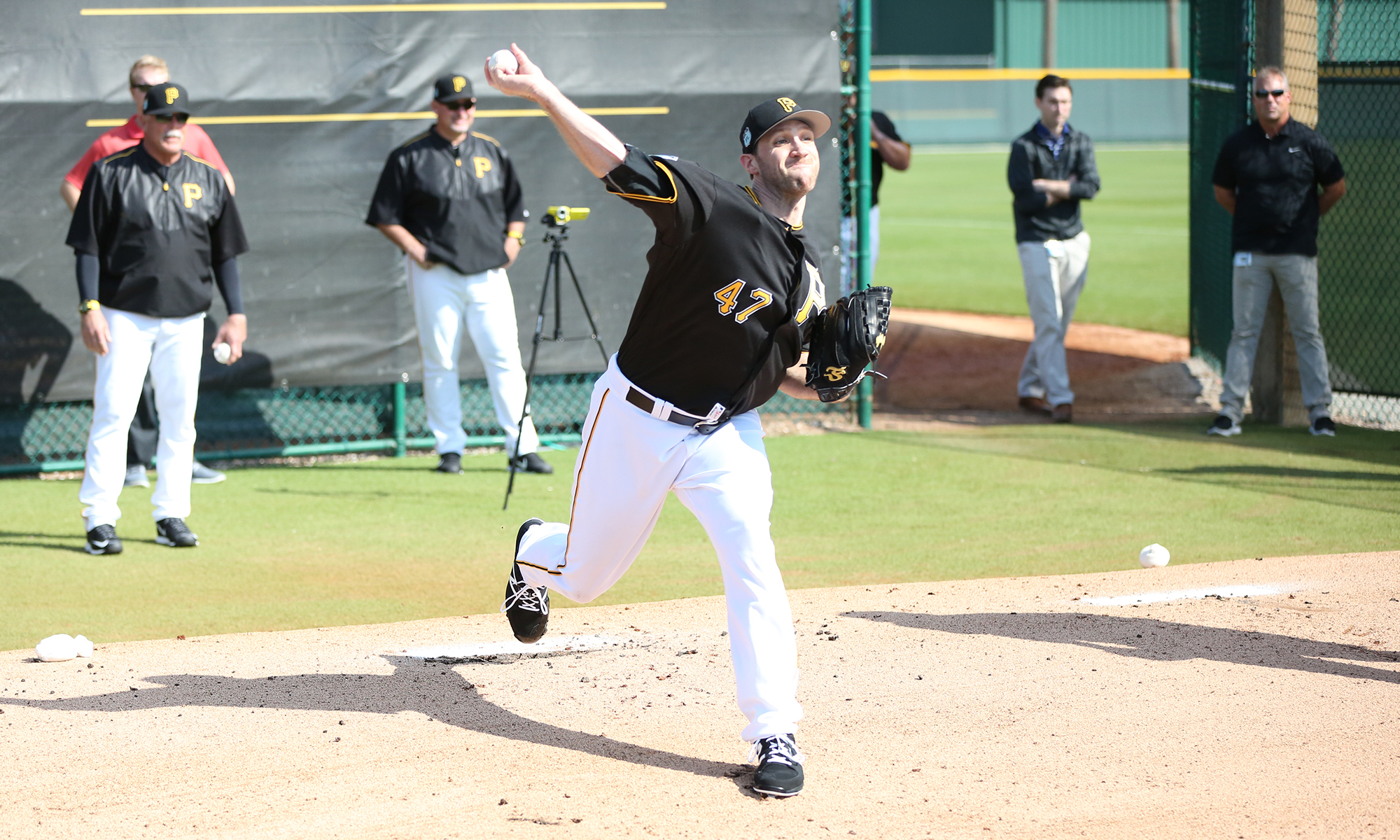 The Pittsburgh Pirates (5-17) take on the Milwaukee Brewers (11-13) in game two of their three-game series at PNC Park on Saturday. The Pirates won the opener last night by a 7-2 score. The Pirates are sending Derek Holland to the mound, while the Brewers are countering with former Pirates pitcher Josh Lindblom. Holland has made three starts and one relief appearance this season. He has a 7.36 ERA in 18.1 innings, with 18 strikeouts and a 1.42 WHIP.  Lindblom will be making his fifth start. He has a 6.62 ERA in 17.2 innings, with a 1.53 WHIP and a very impressive total of 28 strikeouts. The photo up top is Lindblom with the Pirates.

Here’s some history from today:

Game Rewind – A look at a no-hitter from 1907 that was once official, though it’s not now. Ironically, it was thrown by the aforementioned Howie Camnitz

Card of the Day – A look at the 1912 T207 Howie Camnitz…seriously, he gets three articles in one day? Pure coincidence I might add.