Major League Baseball announced the make-up dates for the two Pittsburgh Pirates-Cincinnati Reds games lost over the weekend. One game will be made up during a series at PNC Park on September 4th, which will now be a Friday night doubleheader. The second game will also be part of a doubleheader, taking place on September 14th in Cincinnati. The Pirates now have four scheduled doubleheaders, including two with the St Louis Cardinals. 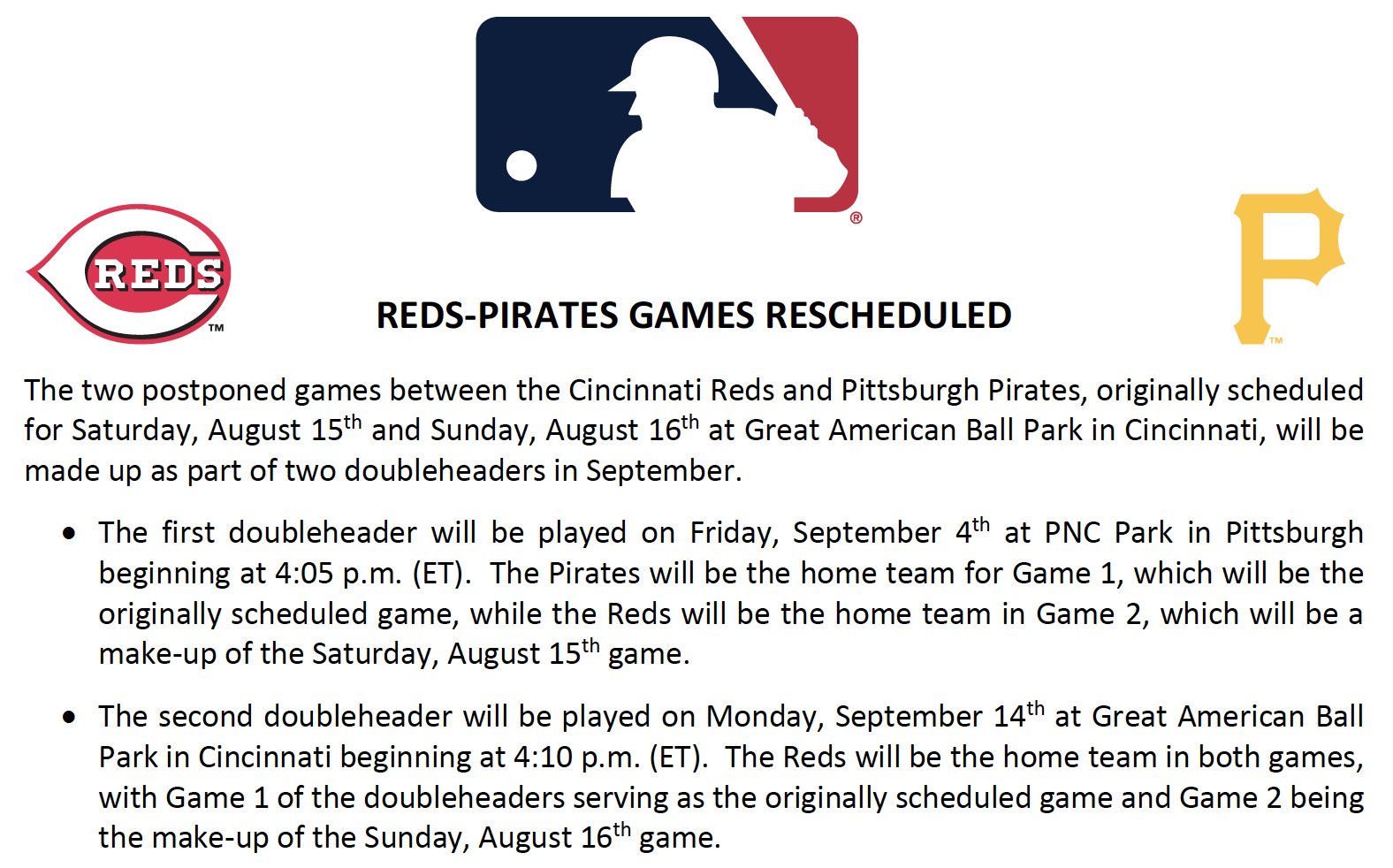