OOTP: Pirates Try to Continue Winning Streak Against the Cardinals

The Pirates will look to continue their recent winning ways tonight as they host the Cardinals in game one of a four game series. 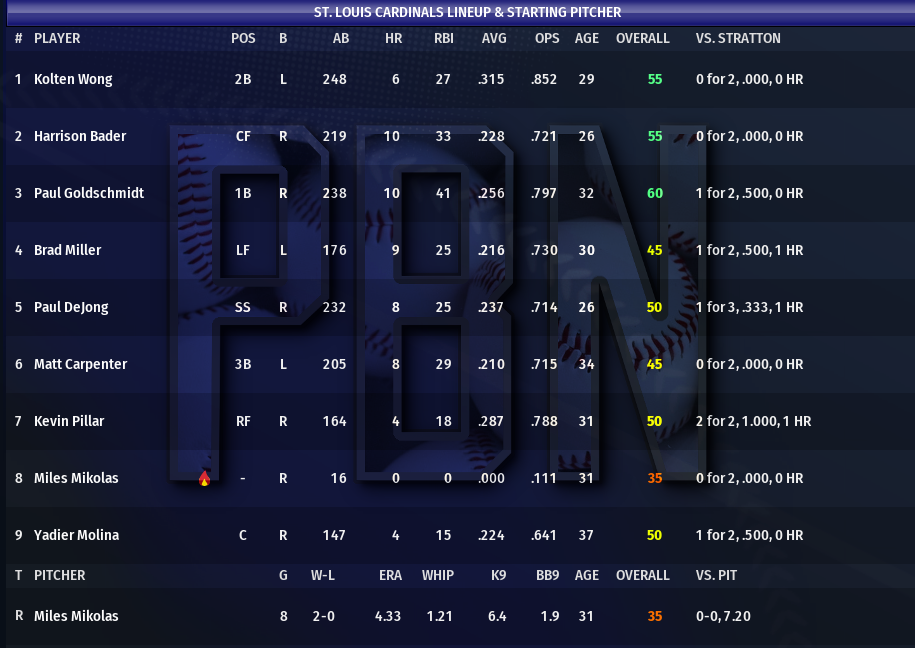 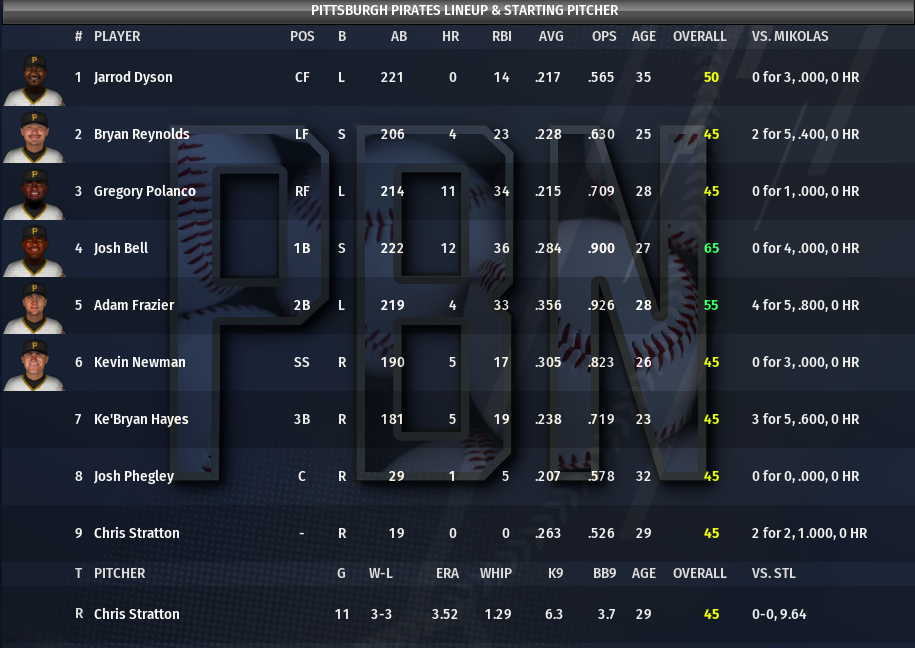 Stratton retired the side in order with a fly out and two groundouts.

Stratton struck out the first two batters, and got Carptenter to pop out to short for a quick inning.

Pillar led off with a four-pitch walk. Mikolas grounded out to first, moving Pillar to second. Molina struck out. Wong singled on a line drive to left, scoring Pillar. Bader struck out.

Phegley was hit by a pitch. Stratton popped out on a bunt attempt. Dyson struck out. Reynolds grounded out to first.

Newman grounded out to first. Hayes singled to left, breaking up the no-hitter. He advanced to second on a fielding error. Phegley flew out to center. Stratton walked. Dyson grounded into a 6-4 fielder’s choice.

Goldschmidt led off with a walk on 11 pitches. Stratton struck out the next two batters on ten combined pitches. Kyle Crick entered the game in relief. Carpenter singled, with Goldschmidt moving to third. Pillar flew out to center.

Reynolds was out on a bunt attempt. Polanco flew out to center. Bell struck out.

Crick struck out the side in the eighth inning.

Mikolas enters the ninth inning at 99 pitches. Reynolds grounds out to second. Polanco lines a double to the wall in right-center. Giovanny Gallegos comes on in relief. Josh Bell draws a walk. Frazier singles on a line drive to center, but Polanco is held up at third. Newman rips a single to right field, scoring Polanco. Bell rounds third as the throw comes in, and beats it for the winning run. 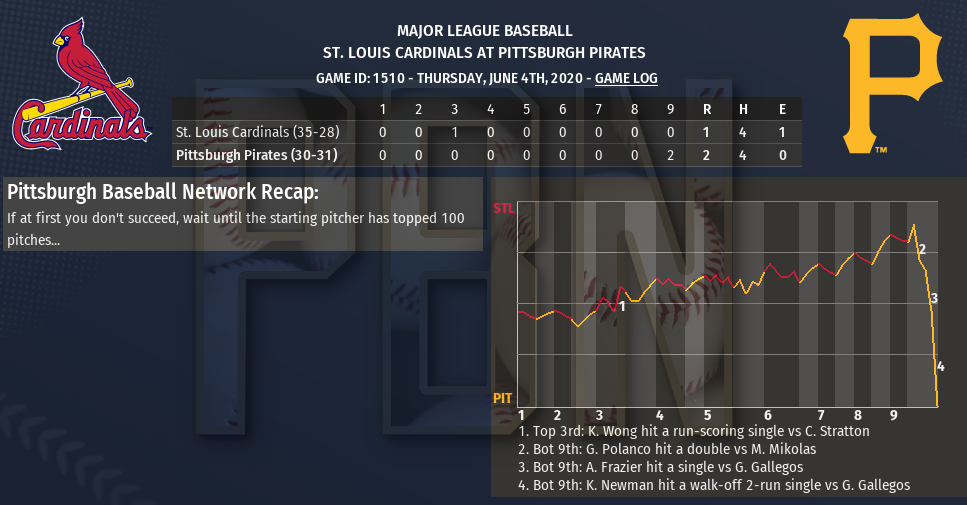 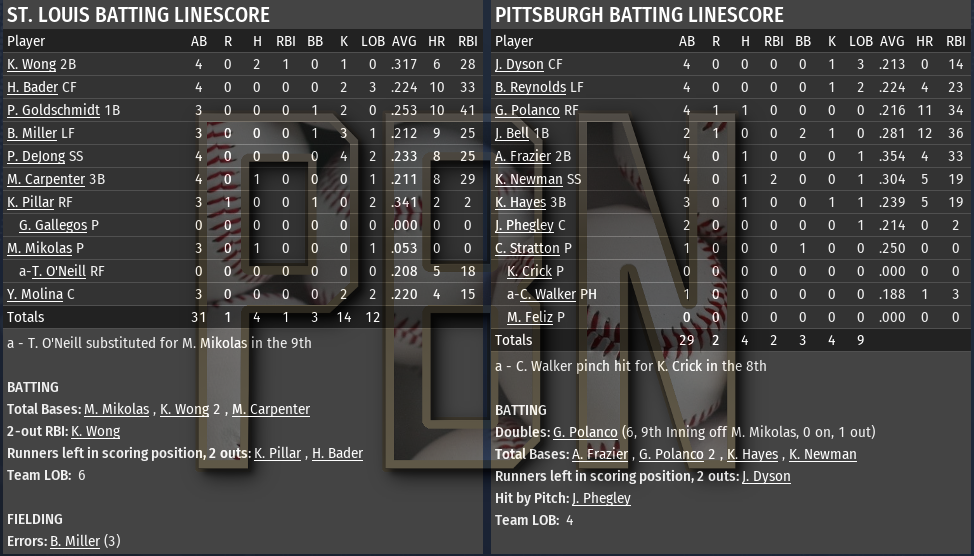 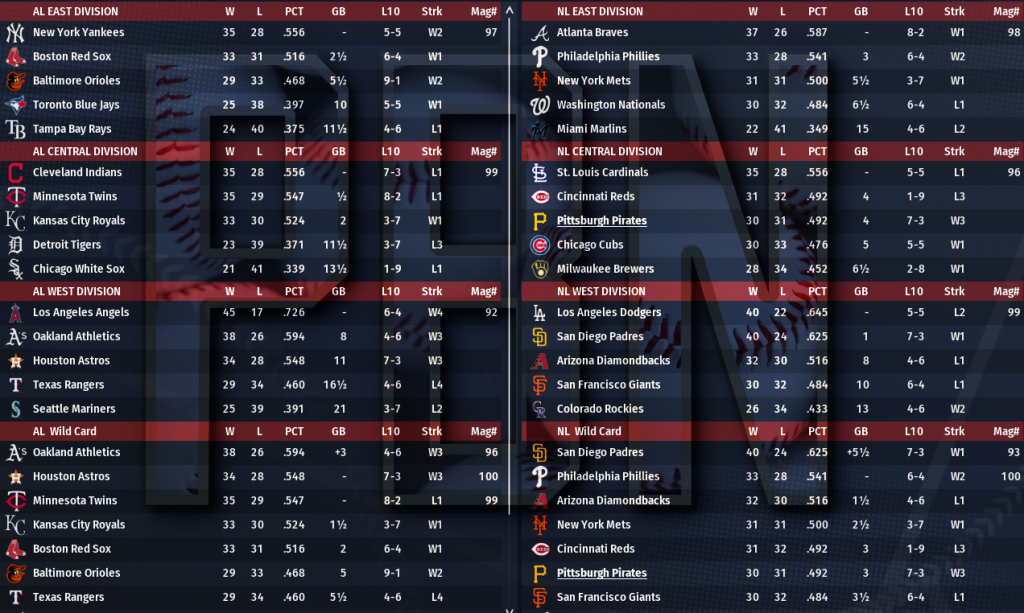 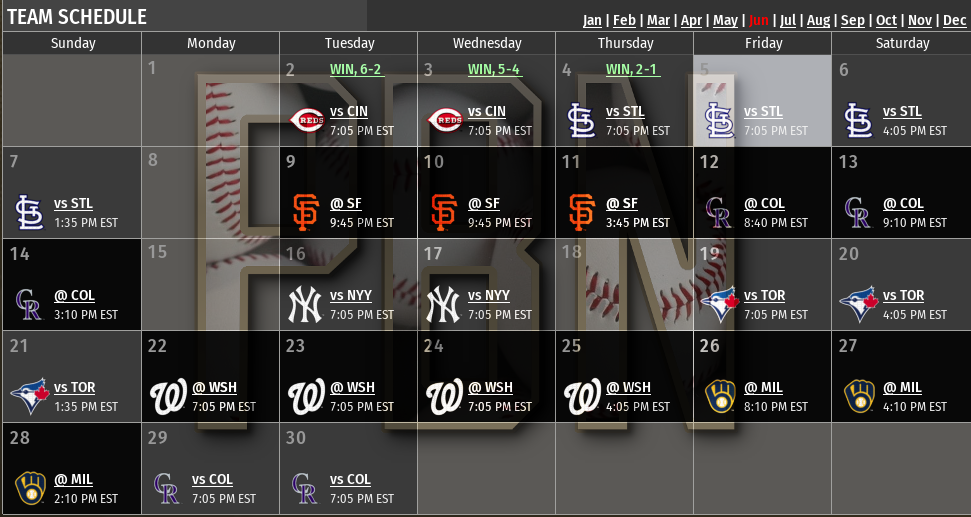