OOTP: Musgrove Takes the Mound Against the Cardinals

The Pirates will try to get back on the winning side against the Cardinals, with Joe Musgrove on the mound.

Prior to the game, the OOTPirates traded Robbie Erlin out of their minor league system to the Nationals, getting left fielder Jacob Rhinesmith, center fielder Carlos Tocci, and right-handed pitcher Tomas Alastre. Erlin had a 1.53 ERA in 29.1 innings in Triple-A. 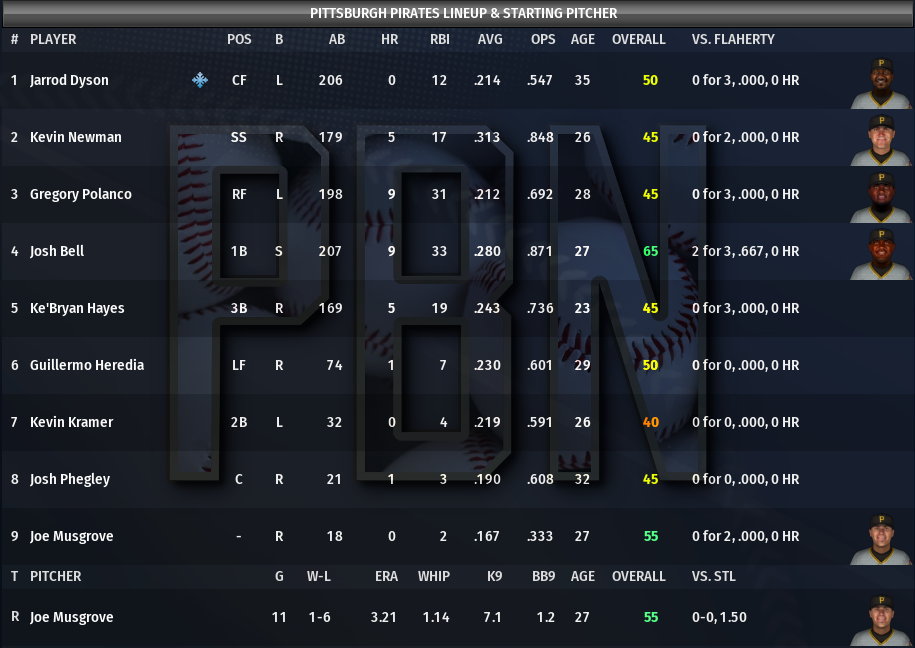 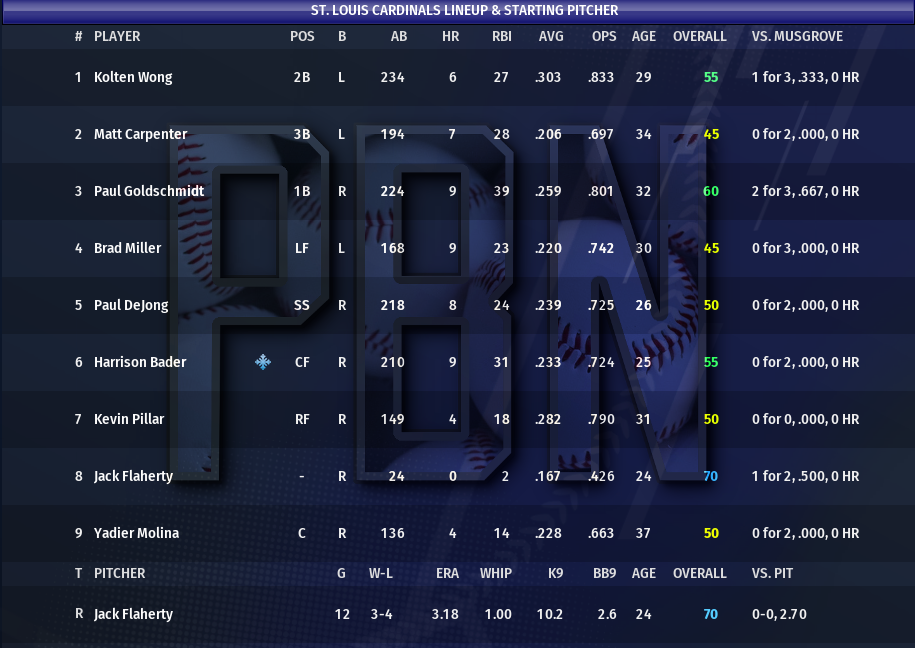 Wong singled to third. Carpenter grounded out back to the mound. Goldschmidt singled, with Wong scoring from second. Miller struck out. DeJong struck out.

Hayes flew out to right. Heredia struck out. Kramer popped out to second.

Bader flew out to center. Pillar singled on a line drive past the second baseman. Flaherty singled on a grounder past short, with Pillar going to third. Molina grounded into a 6-4-3 double play.

Phegley flew out to center. Musgrove bunted for a hit, reaching safely on a bunt placed down the first base line. Dyson grounded into a 4-6-3 double play.

Wong popped out to short. Carpenter doubled on a line drive to right. Goldschmidt struck out. Miller flew out to left.

DeJong doubled on a line drive down the third base line. Bader flew out to right. Pillar grounded out to first. Flaherty singled through the right side, scoring DeJong. Molina lined out to short.

Heredia grounded out to third. Kramer struck out. Phegley struck out.

Wong singled up the middle. He advanced to second on a wild pitch. Carpenter struck out. Goldschmidt grounded out to third, with Wong advancing to third on the play. Miller was intentionally walked, then picked off at first.

Musgrove grounded out to second. Dyson walked. He stole second with Newman at the plate. Newman struck out. Polanco flew out to center.

DeJong singled through the left side of the infield. Bader hit a two run homer to left on the first pitch he saw. Pillar struck out. Flaherty singled on a line drive to right-center. Molina grounded into a 5-4-3 double play.

Bell singled on a line drive to right. Hayes flew out to left. Heredia struck out. Kramer singled on a ground ball to second. Andrew Miller entered the game and got Phegley to pop out to short.

Richard Rodriguez enters in relief for the Pirates. Wong singles on a line drive over the shortstop. He steals second with Carptenter at the plate, and moves to third when Carpenter grounds out back to the mound. Goldschmidt strikes out. Miller is intentionally walked. DeJong strikes out.

Keone Kela enters for the Pirates. Bader flies out to center. Pillar singles on a fly ball to center. Dexter Fowler enters as a pinch hitter and strikes out. Molina grounds into a 6-4 fielder’s choice.

Nick Burdi enters to close it out for the Pirates. JT Riddle enters the game at shortstop. Reynolds remains in at left field. Wong draws a walk on four pitches. Carpenter walks on a full count. Goldschmidt walks to load the bases. Kyle Crick takes over for Burdi. Brad Miller flies out to right, with Wong tagging up and scoring. DeJong draws a walk, loading the bases and moving the tying run 90 feet away. Bader strikes out for the second out. Edgar Santana enters the game. Pillar flies out to left. 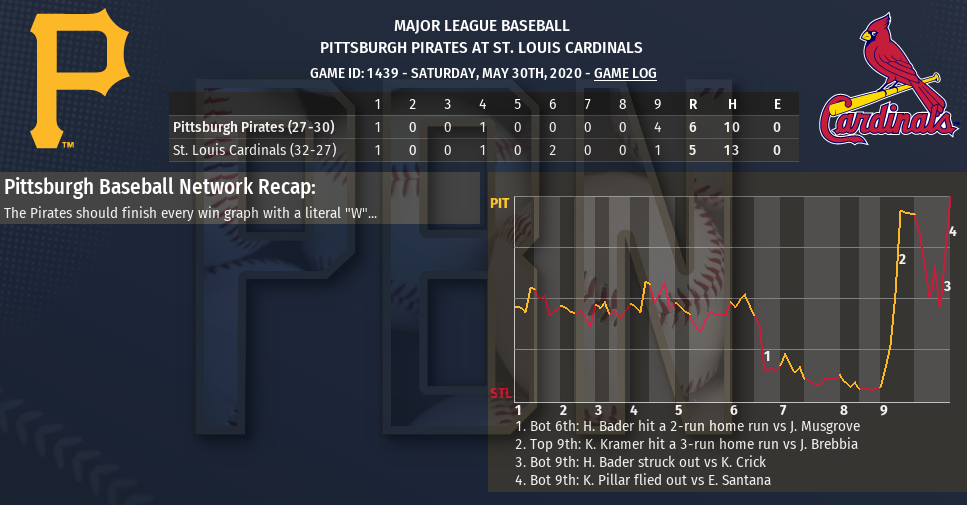 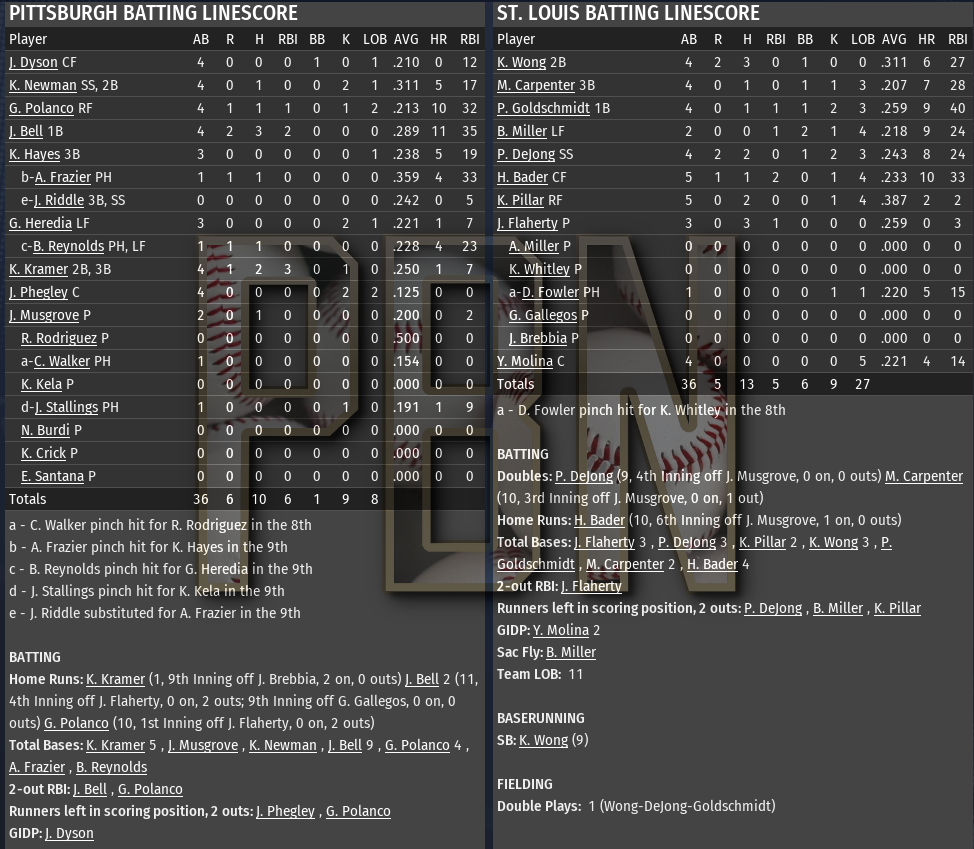 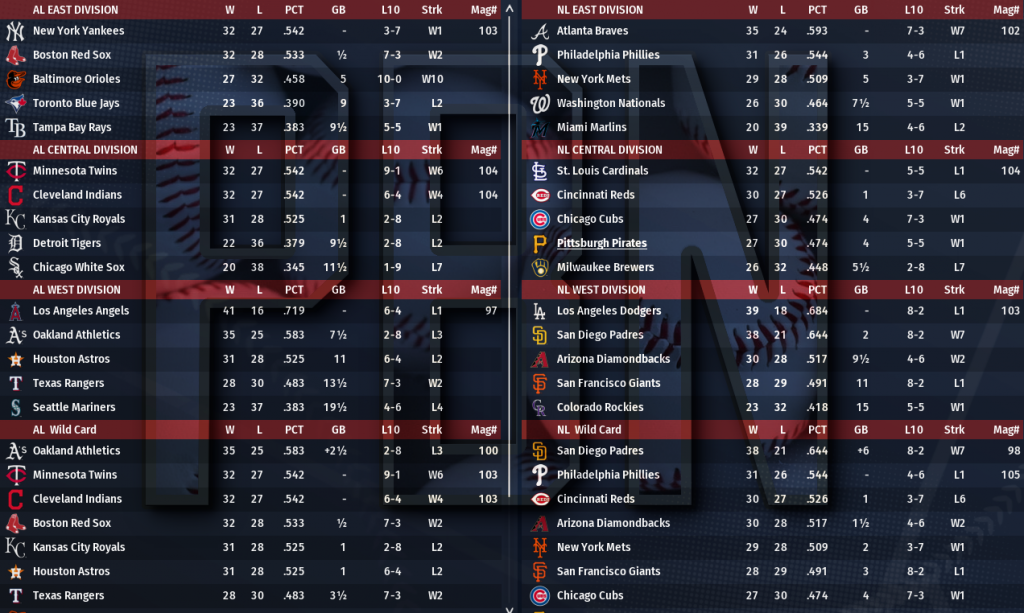 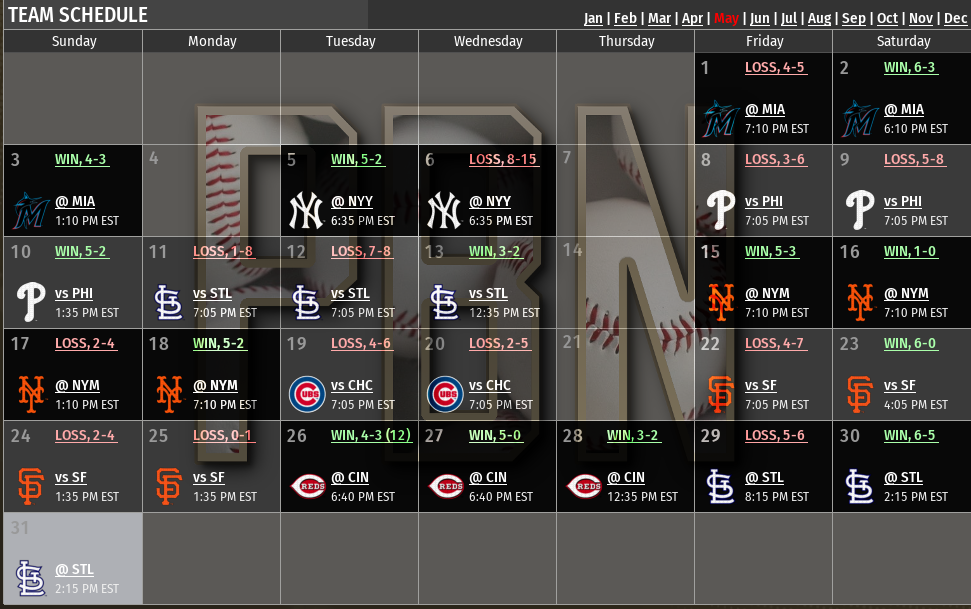