Chris Archer takes the mound today against the Reds, hoping to make it two in a row for the Pirates.

In transaction news, the OOTPirates have claimed catcher Josh Phegley off waivers from the Cubs. The team will make a corresponding move tomorrow. 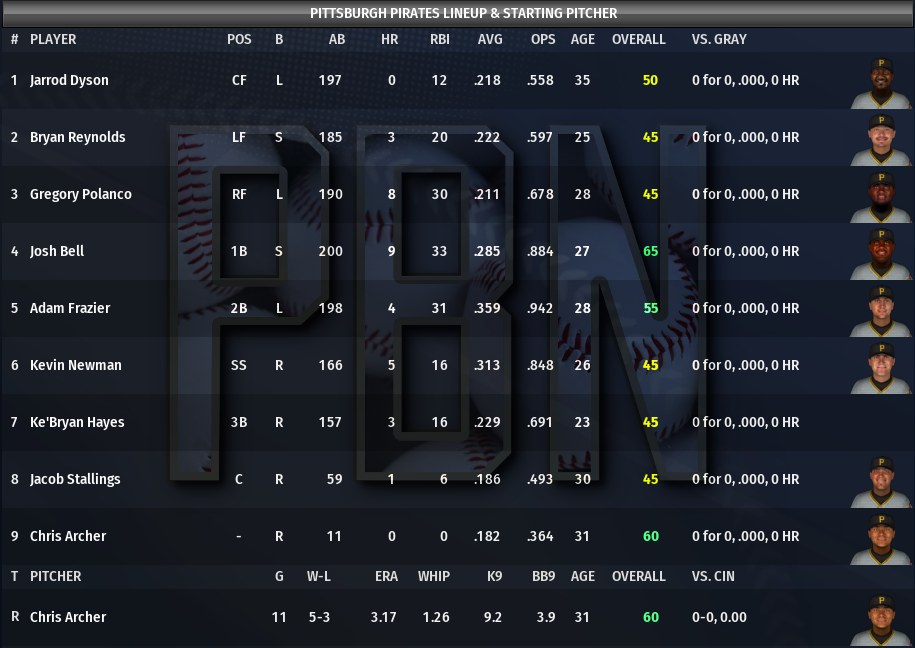 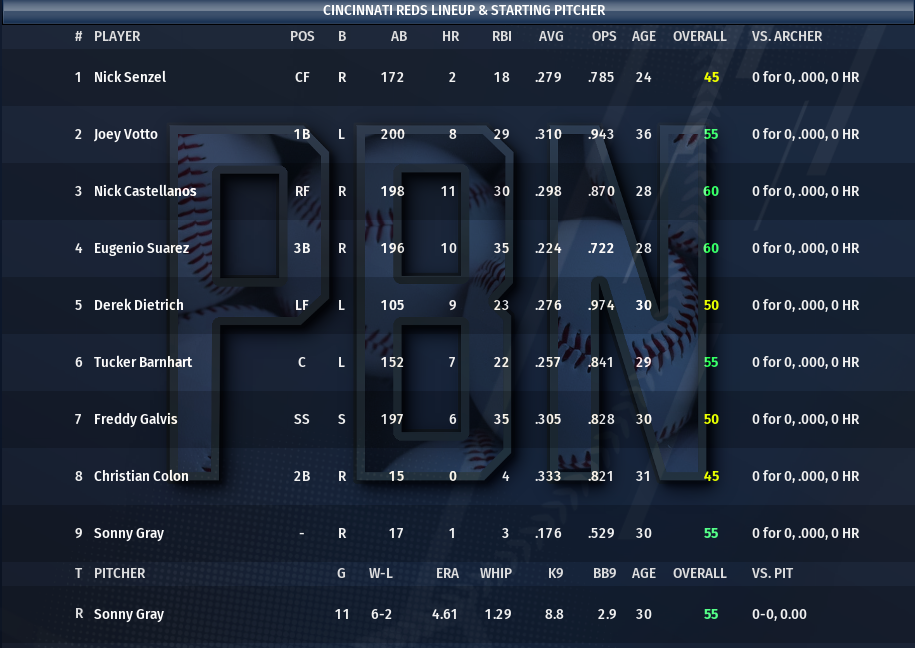 Dyson flew out to center. Reynolds singled to right. Polanco walked. Bell walked to load the bases. Frazier flew out to left, with Reynolds tagging and scoring on the play. Newman grounded out to second.

Archer retired the Reds in order with a ground out and two fly outs.

Colon grounded out to third. Gray singled up the middle for the first Reds hit of the game. Senzel and Votto both struck out.

Frazier grounded out to second. Newman tripled on a fly ball to right field. Hayes singled to right, scoring Newman. Hayes stole second with Stallings at the plate. Stallings and Archer both struck out.

Castellanos grounded out to third. Suarez walked. Dietrich popped out to short. Barnhart flew out to left.

Dyson walked. Reynolds bunted him over to second. Polanco flew out to center. Bell popped out to first.

Galvis flew out to left. Colon reached on an error on a dropped throw by Bell. Gray sacrificed him to second with a bunt. Senzel grounded out to second.

Frazier lined out to the pitcher. Newman grounded out back to the mound. Hayes hit a solo homer to left field. Stallings doubled down the right field line. Archer grounded out to second.

Dietrich strikes out. Barnhart grounds out to second. Galvis flies out to right.

Frazier flies out to center. Newman doubles on a line drive to right. Nate Jones comes in to pitch and strikes out Hayes and Stallings.

Cory Reed takes the mound for the Reds. Guillermo Heredia enters as a pinch hitter and grounds out back to the mound. Dyson grounds out to second. Reynolds hits a solo homer to right. Polanco strikes out. 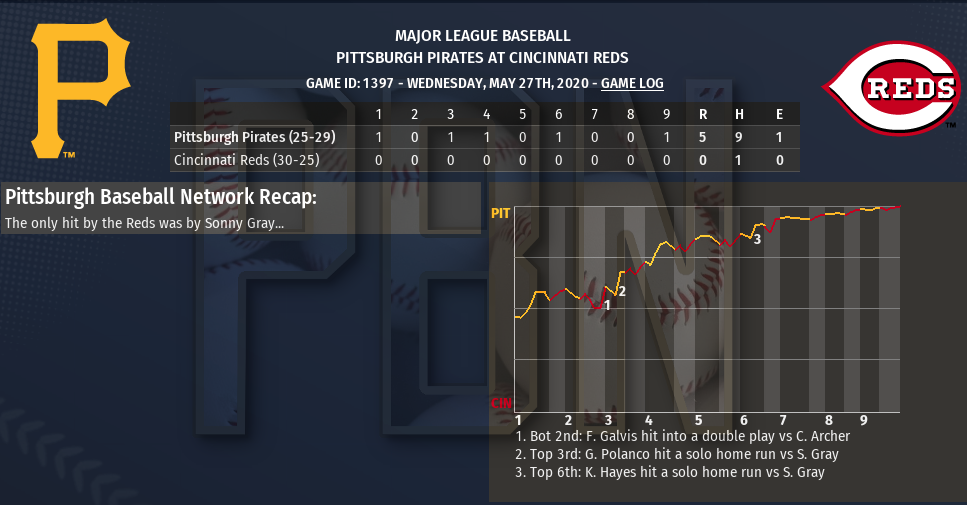 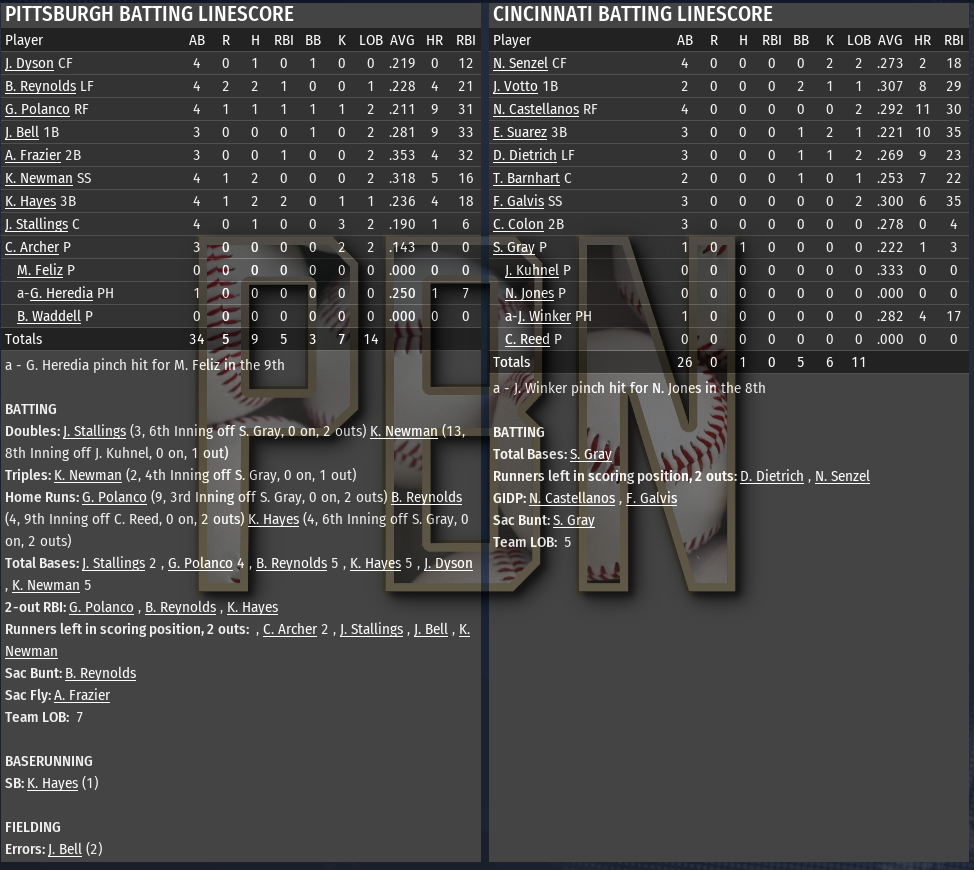 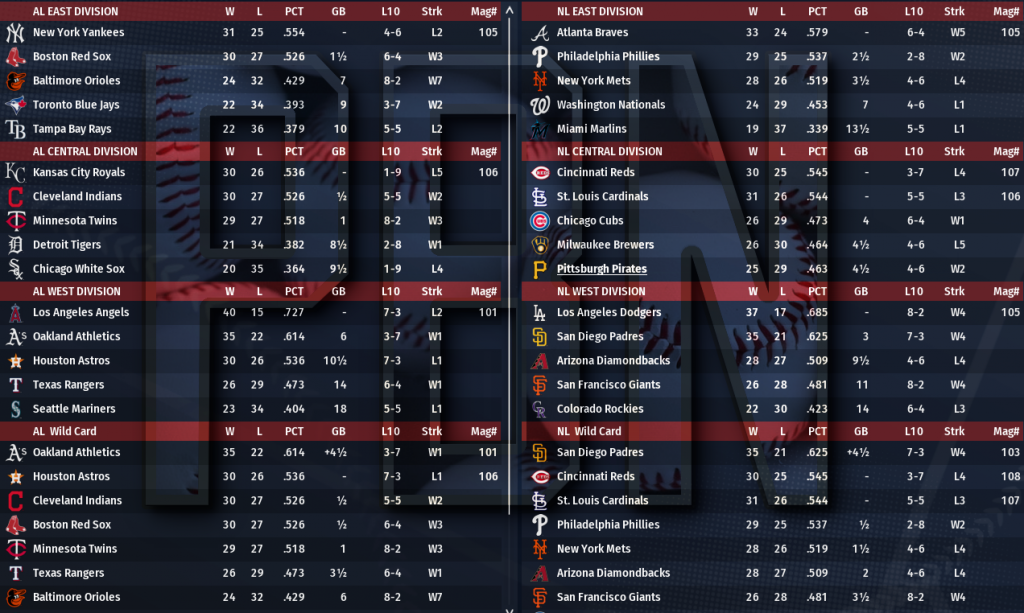 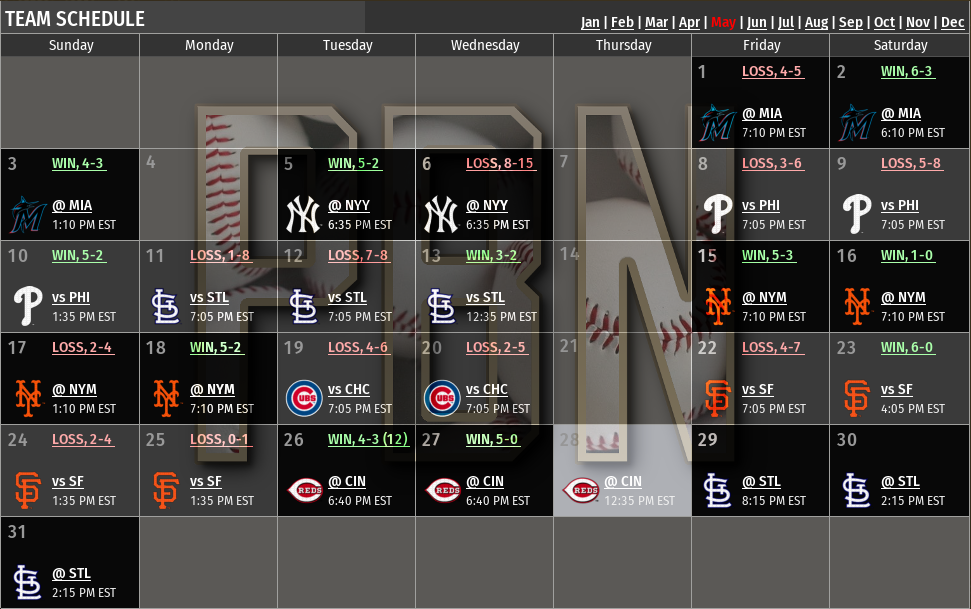