OOTP: Musgrove Tries to Even the Series Against the Giants

The Pirates have lost two of three against the Giants, and will wrap up the four game series today with Joe Musgrove on the mound. 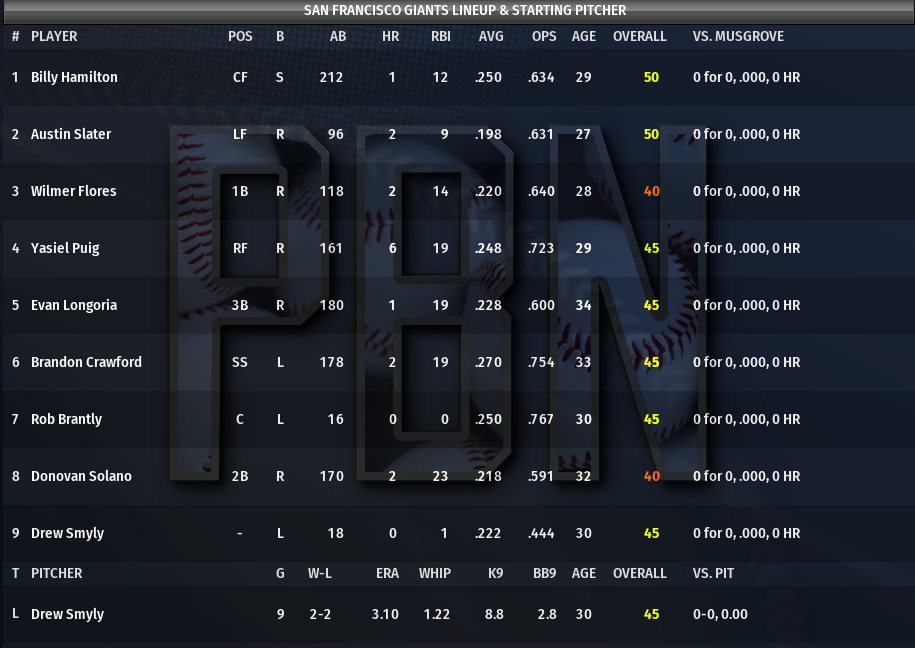 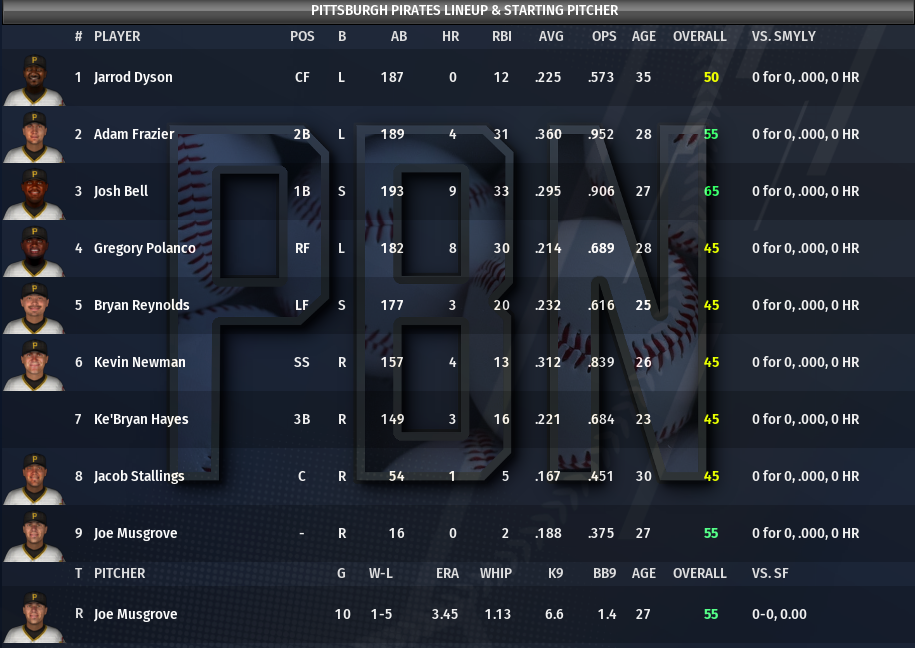 Hamilton struck out. Slater singled to second. Flores struck out. Puig grounded into a 6-4 fielder’s choice.

Dyson struck out. Frazier grounded out to second. Bell flew out to left.

Musgrove set the Giants down in order in the second with three ground outs.

Smyly struck out Polanco and Reynolds, then got Newman to ground out to first.

Musgrove retired the side in order with a fly out to center, a ground out to short, and a strikeout.

Hayes flew out to right. Stallings doubled on a 1-0 pitch to right-center. Musgrove flew out to center. Dyson struck out.

Slater singled over the shortstop’s head. Flores grounded into a 4-6-3 double play. Puig struck out.

Frazier singled on a line drive to left. Bell struck out. Polanco grounded into a U6-3 double play.

Reynolds flew out to left. Newman popped out to second. Hayes singled on a line drive over the shortstop. Stallings singled on a ground ball through the left side of the infield. Musgrove struck out.

Slater flew out to center. Flores grounded out to second. Puig struck out.

Pablo Sandoval enters the game at third base. Polanco pops out to second. Reynolds strikes out. Newman flies out to right.

Slater singles on a line drive to left. Flores strikes out. Michael Feliz enters the game. Puig strikes out. Sandoval flies out to center.

Hayes leads off with a single on a line drive to left. Stallings pops out to short. Kevin Kramer enters as a pinch hitter and grounds into a 1-6-3 double play.

Dyson strikes out looking at Drew Smyly’s 93rd pitch of the game. Frazier grounds out to short. Bell lines out to third. 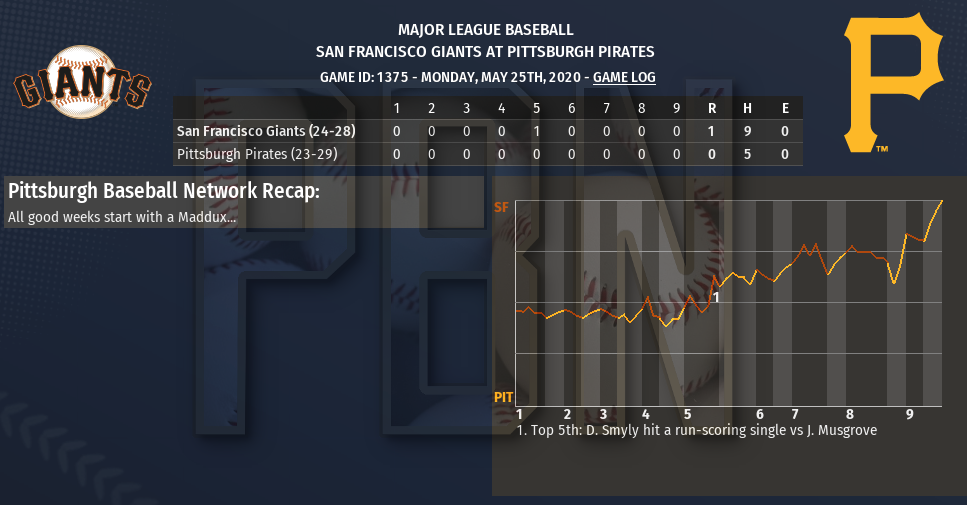 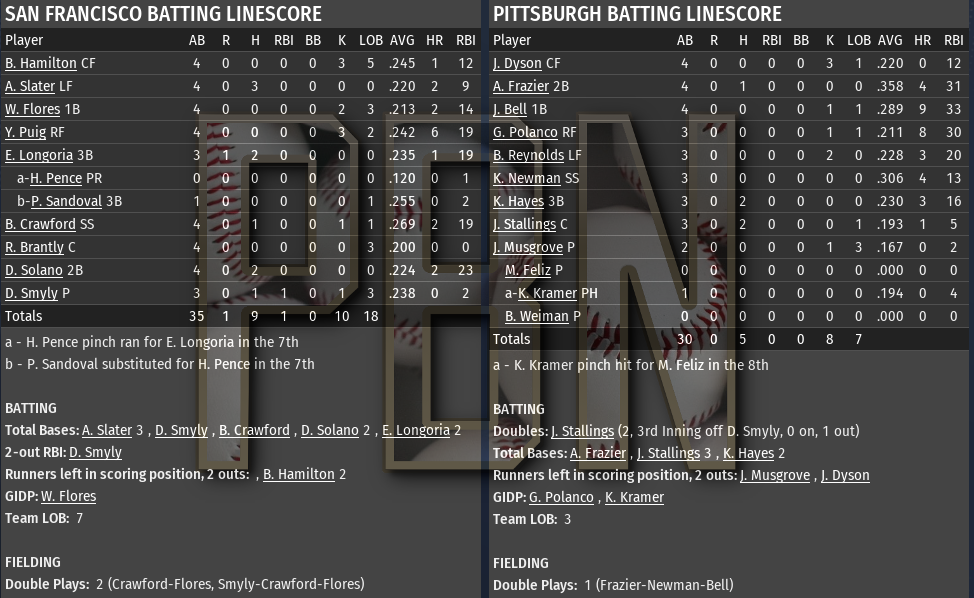 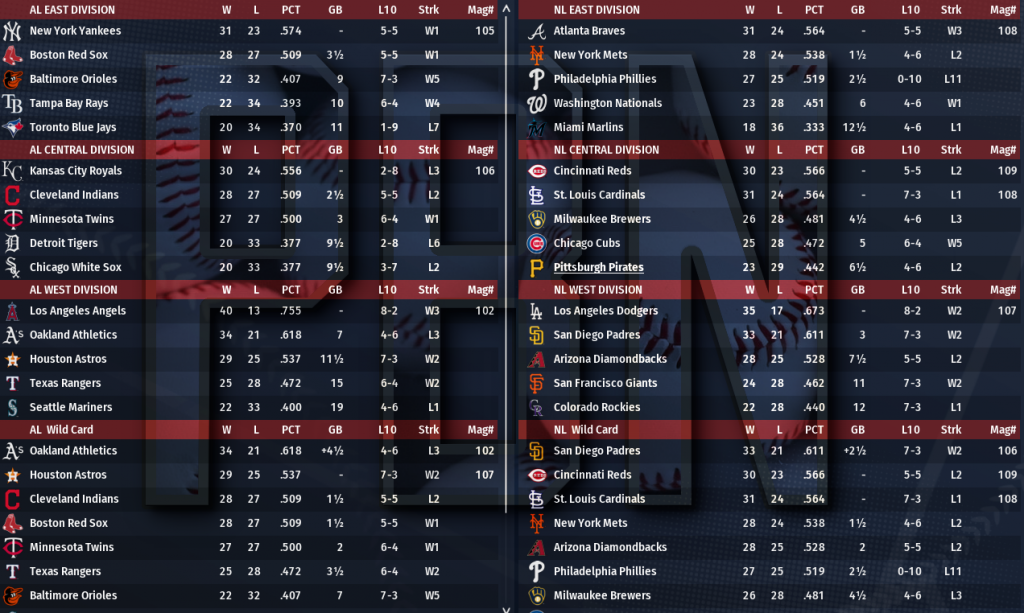 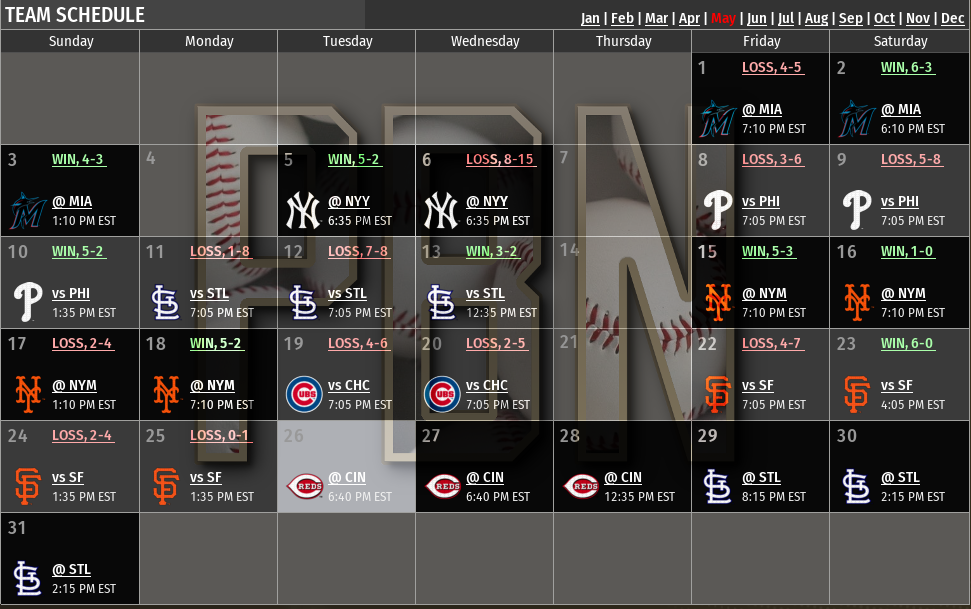