The Pirates have lost three in a row, and will turn to Trevor Williams to get back on track. 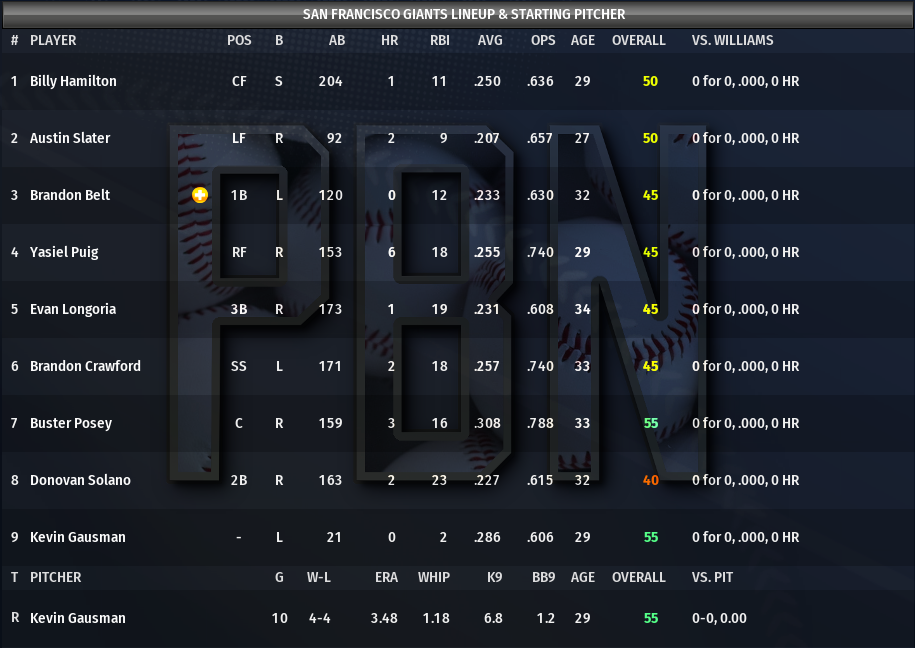 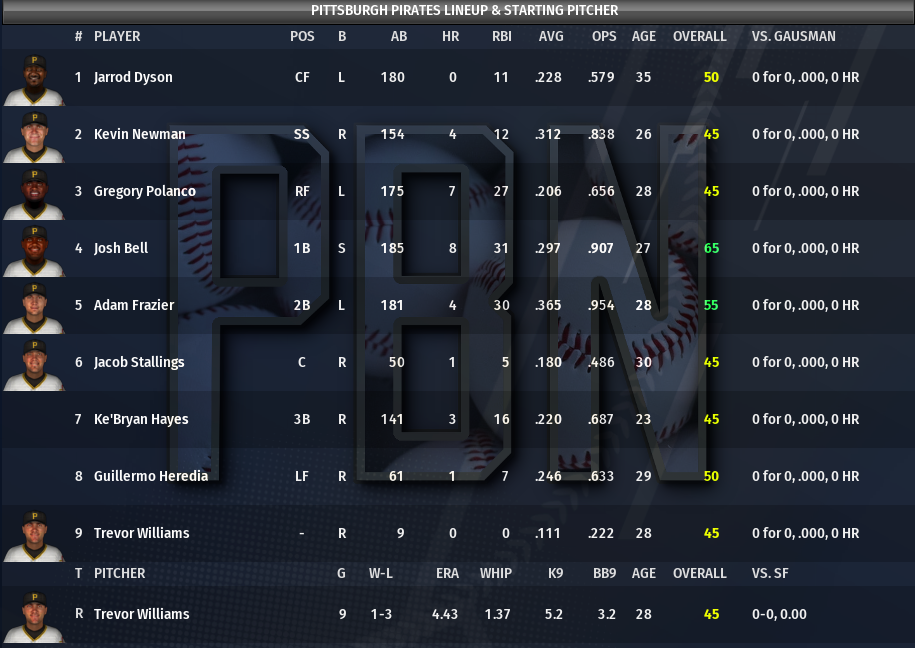 Trevor Williams retired the Giants in order in the first, with two strikeouts and a groundout.

Dyson flew out to center. Newman walked. Polanco flew out to right. Bell popped out to short.

Frazier popped out to second. Stallings flew out to center. Hayes doubled to left-center. Heredia struck out.

Gausman struck out. Hamilton reached on a bunt single, then moved to second on a balk. Austin Slater grounded out to short, with Hamilton moving to third. Belt grounded out in front of the plate.

Trevor Williams led off with a line drive single over the first baseman’s head. Dyson popped out to second. Newman reached on an error by the second baseman. Gregory Polanco ht a three run homer to right-center, with the ball traveling 403 feet along with a 103.1 MPH exit velocity. Frazier tripled on a line drive to left-center. Stallings grounded out back to the mound.

Puig flew out to left. Longoria struck out. Crawford lined out to short.

Hayes struck out. Heredia popped out to third. Williams flew out to right.

Williams retired the side in order with three groundouts.

Dyson doubled on a line drive past the third baseman. Newman singled to left-center, scoring Dyson. Newman stole second with Polanco at the plate. Polanco grounds out to second, moving Newman to third. Bell singled past the first baseman, scoring Newman. Trevor Oaks comes in to pitch. Frazier doubles on a line drive to right-center, scoring Bell. Stallings flew out to center. Hayes grounded out to short.

Flores stays in the game at first base. Heredia doubles to right-center. Williams tried to bunt him over, but Heredia was tagged out at third. A passed ball allows Williams to move to second. Dyson grounds out to short. A wild pitch moves Williams to third. Newman flies out to center.

Polanco, Bell, and Frazier all ground out in order.

Williams stays on for the eighth inning and retires the side in order, picking up a strikeout.

Trevor Cahill enters to pitch for the Giants. Stallings strikes out. Hayes singles past the shortstop. Heredia and Williams both strike out.

Nick Burdi replaces Williams. Flores strikes out. Puig reaches on an error by Newman. Longoria grounds into a 5-4-3 double play. Burdi had a minor injury to his hamstring on the play, but isn’t expected to miss any time. 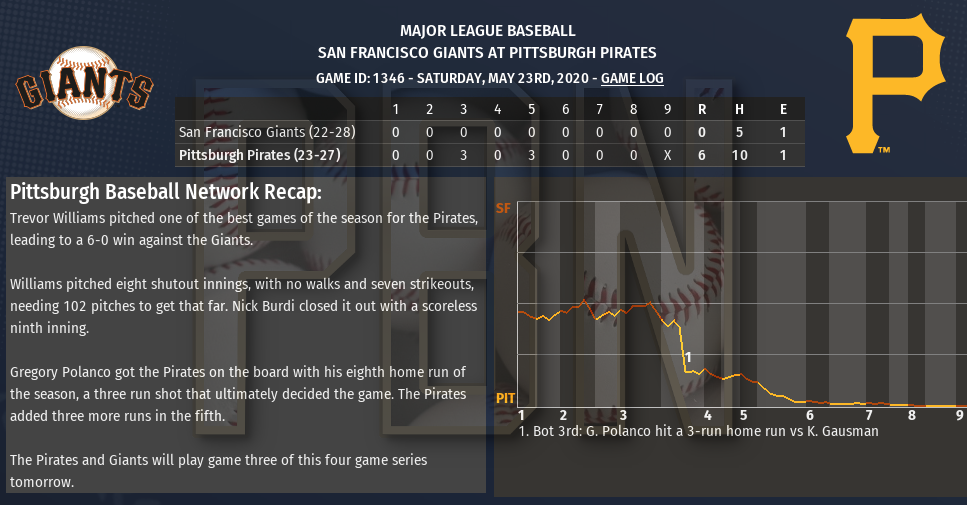 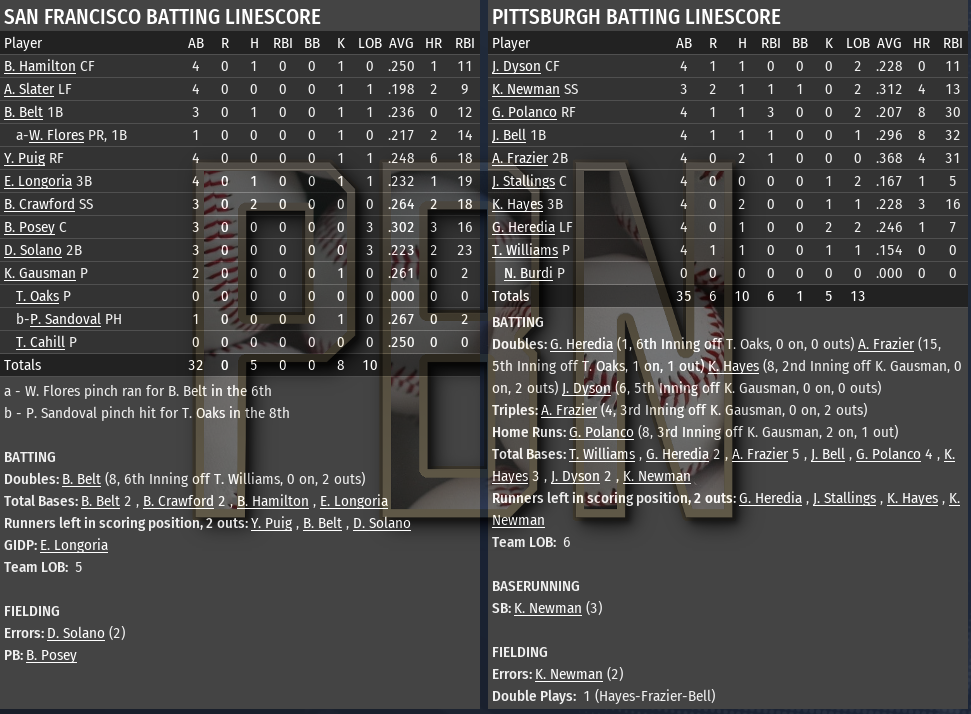 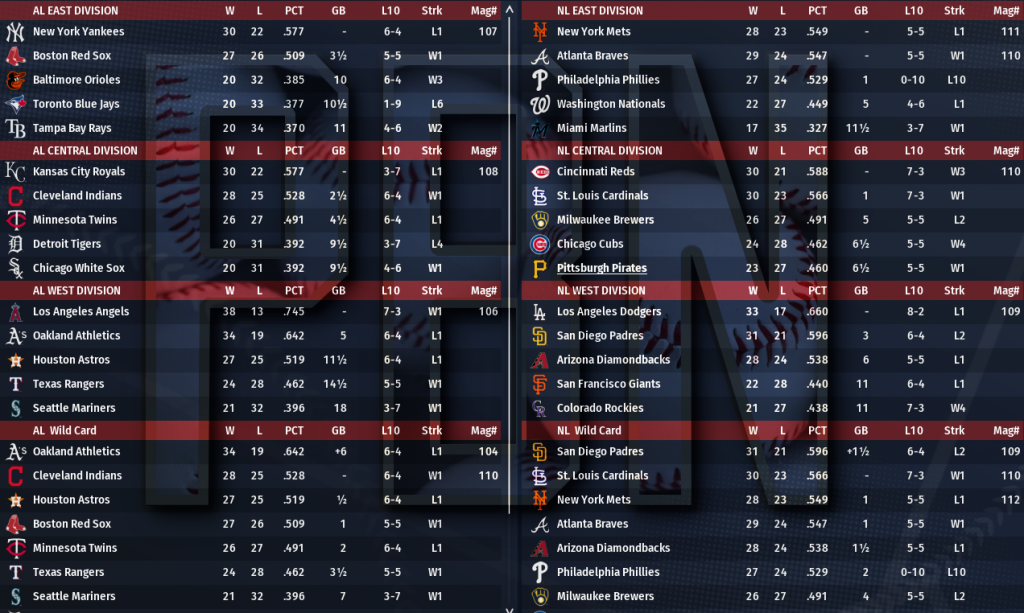 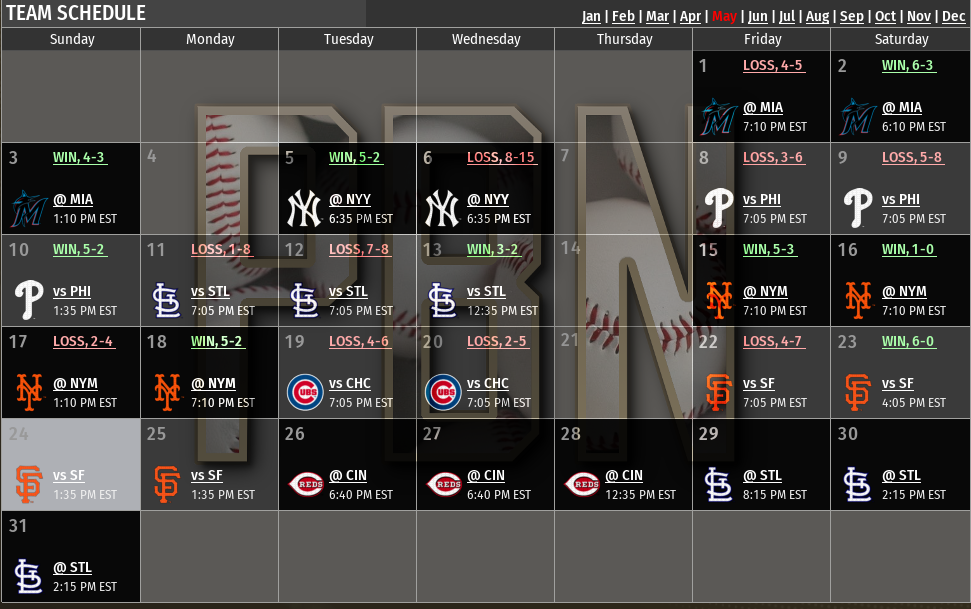