OOTP: Pirates Start a Series Against the Giants Tonight

Chris Archer takes the mound tonight, going up against the Giants in the start of a four game series. 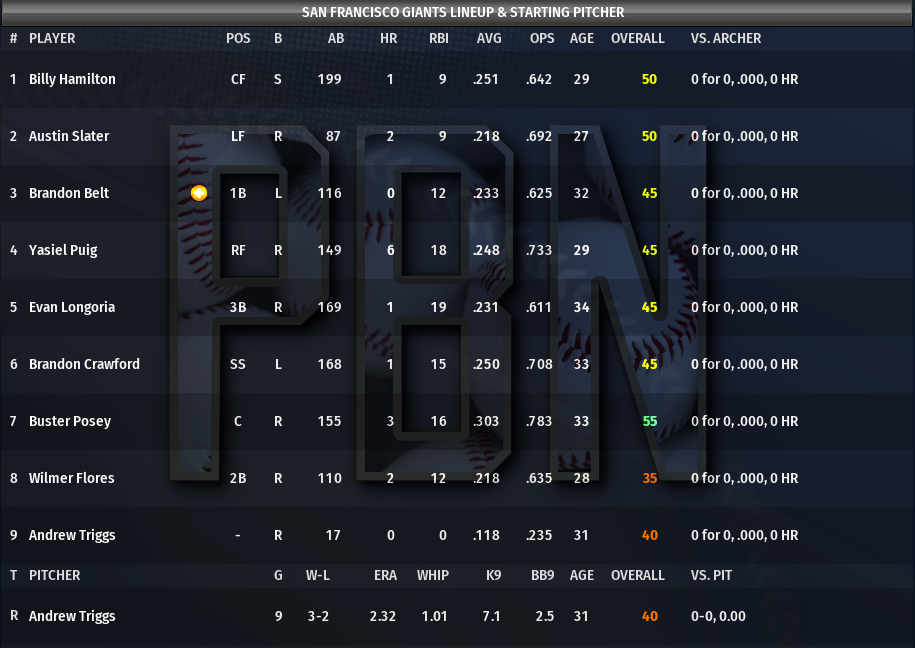 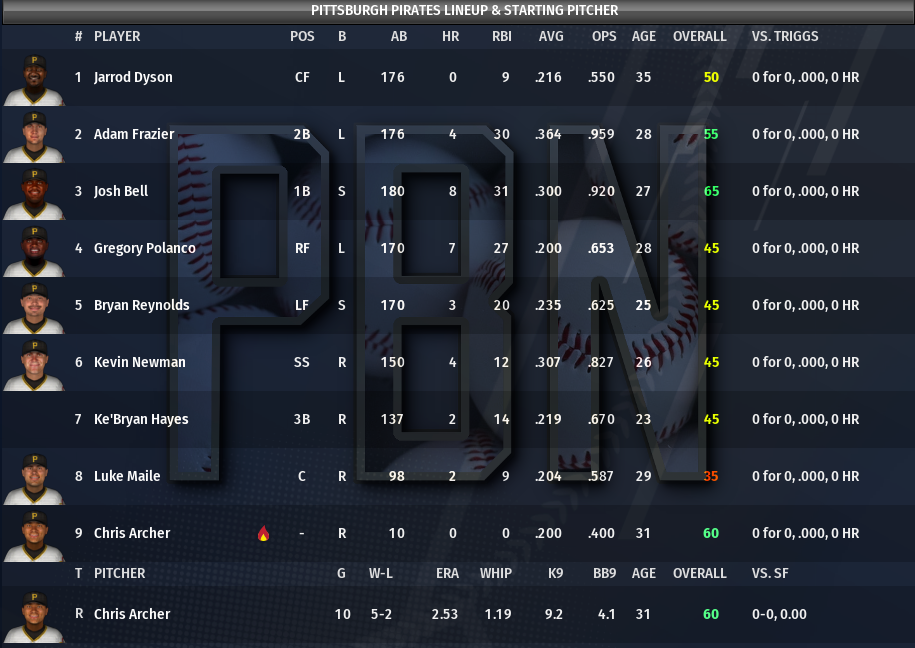 Archer retired the Giants in order with two fly outs and a ground out.

Dyson lined out to short. Frazier bunted for a single. Bell struck out. Polanco singled to right-center, moving Frazier to third. Reynolds struck out.

Belt doubles down the first base line. Puig pops out to third. Longoria grounds out to first, moving Belt to third. Crawford singles to center, scoring Belt. Dovydas Neverauskas enters the game to replace Archer. Posey singles, moving Crawford to third. Flores flies out to right.

Bell singled to lead off the bottom of the third. Polanco struck out. Reynolds and Newman both flew out.

Neverauskas retired the side in order with two ground outs and a fly out.

Bell flew out to left. Polanco and Reynolds both struck out.

Rodriguez retired the side in order, with a strikeout and two fly outs.

Newman led off with a single to center. Hayes struck out. Maile grounded out to third, moving Newman to second. Kevin Kramer entered as a pinch hitter and hit an infield single, moving Newman to third. Trevor Cahill enters for the Giants. Dyson singles to center, scoring Newman. Kramer is caught in a rundown between second and third, but escapes and is safe at third. Frazier grounds into a 5-4 fielder’s choice.

Edgar Santana enters for the Pirates and retires the side in order with one strikeout.

Bell flies out to center. Polanco singles. Reynolds grounds into a 4-6 fielder’s choice. Newman flies out to right.

Longoria strikes out. Kyle Crick enters the game. Crawford is hit by a pitch. Posey grounds into a 4-6-3 double play.

Keone Kela enters the game. Flores pops out to first. Pablo Sandoval enters as a pinch hitter and singles. A balk moves him to second. Hamilton grounds out to short. Slater pops out to second.

Logan Webb enters to close things down for the Giants. Frazier flies out to center. Bell strikes out. Polanco strikes out. 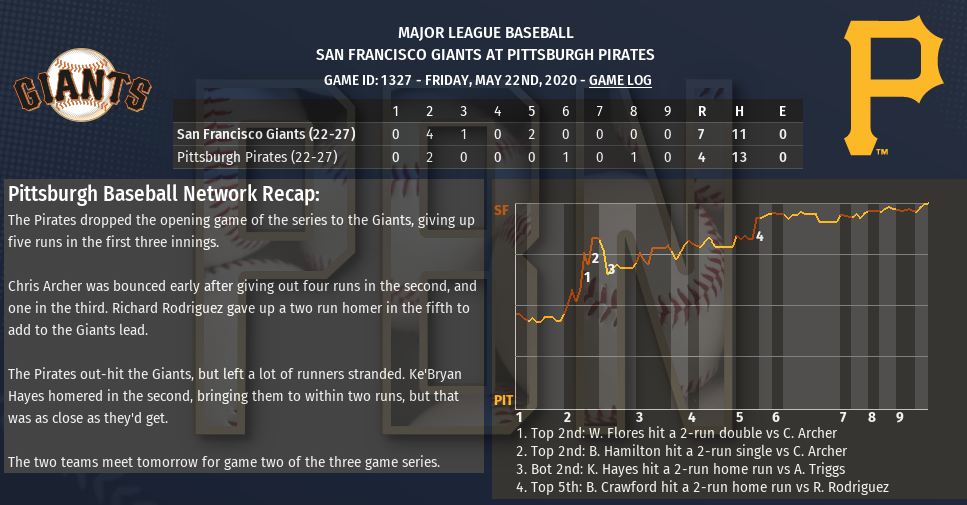 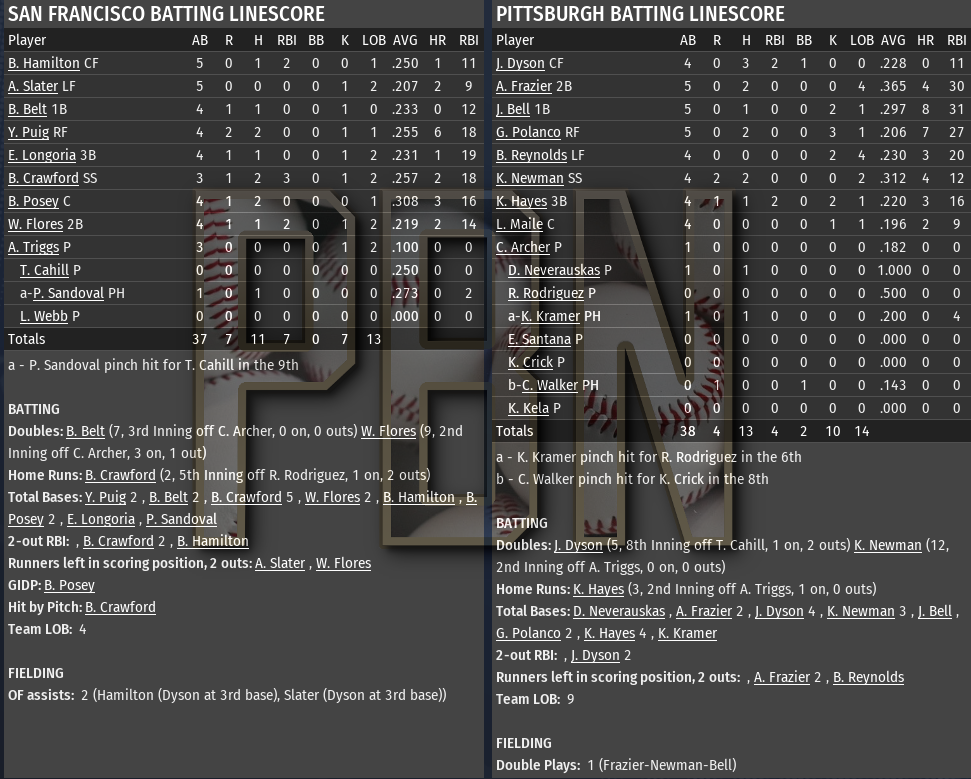 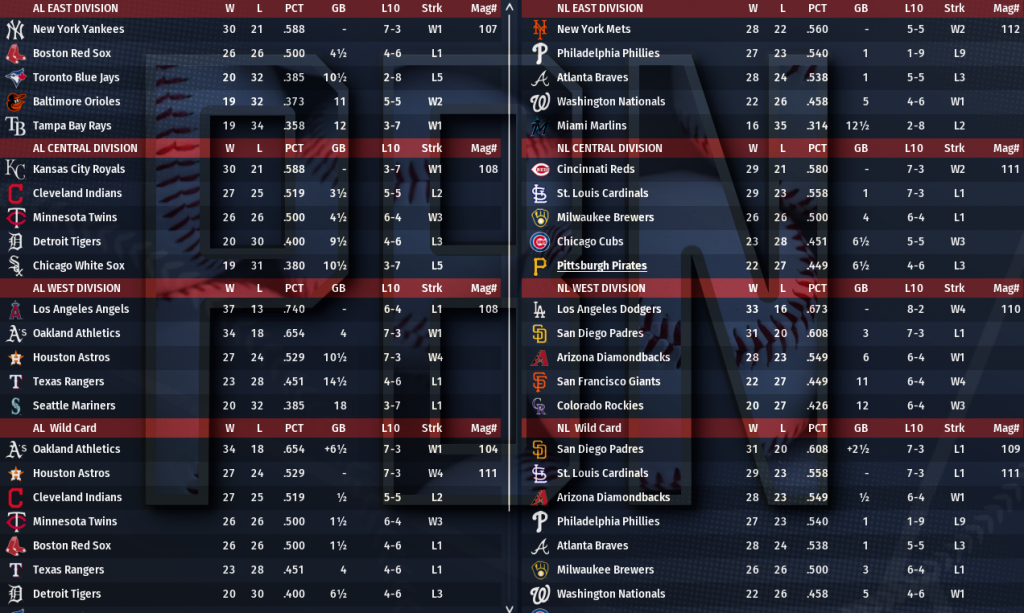 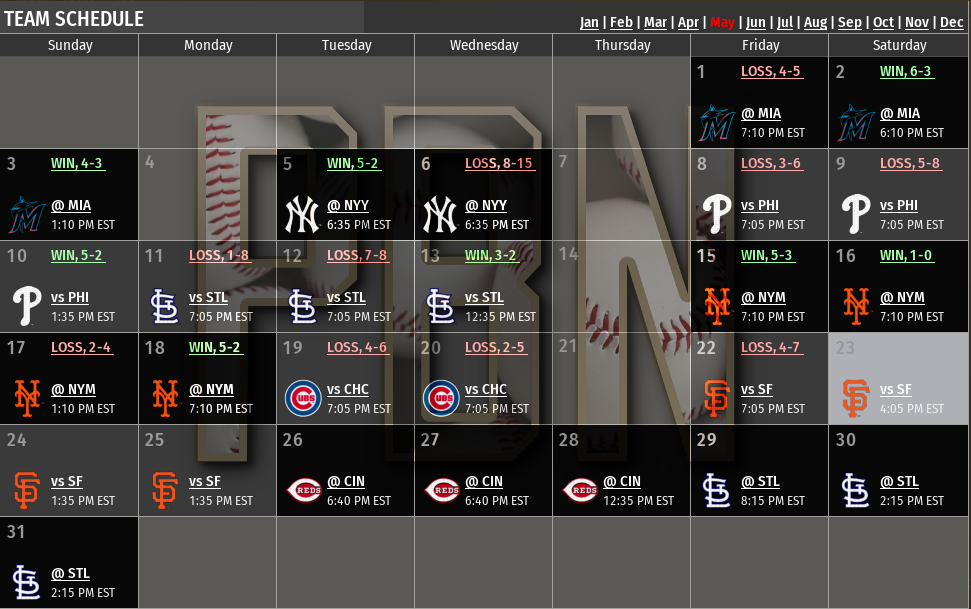