OOTP: Chris Stratton Will Look to Make it Three in a Row Against the Mets

The Pirates have won two in a row against the Mets, and play game three of the four game series today. Prior to the game, the Pirates optioned Colin Moran to Triple-A, making room on the active roster for recently claimed outfielder Christian Walker. The Pirates will start Walker in left field today, giving Bryan Reynolds a day off. 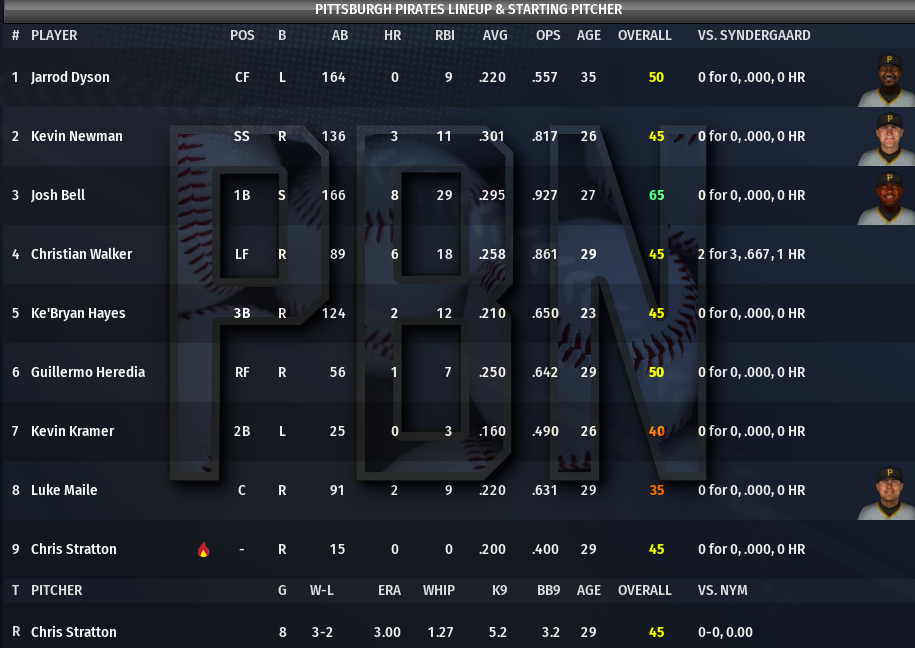 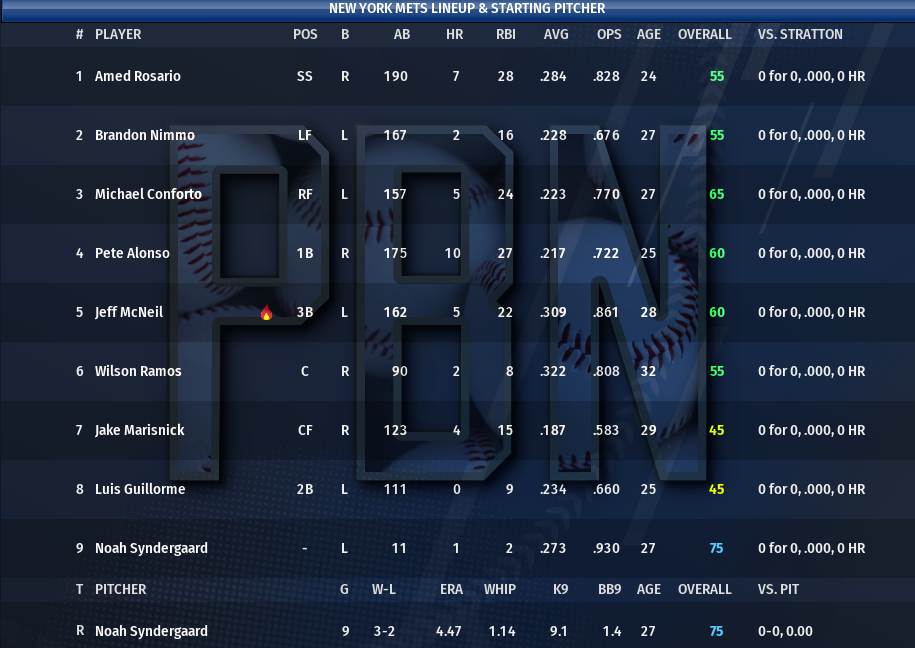 Rosario grounded out to second. Nimmo struck out. Conforto drew a walk. Alonso flew out to center.

Walker flew out to left in his first at-bat with the Pirates. Hayes struck out. Heredia grounded out on a bunt attempt.

McNeil flew out to left. Ramos grounded out to short. Marisnick struck out.

Kramer singled on a line drive to right-center. He was picked off first base with Maile at the plate. Maile and Stratton both struck out.

Guillorme grounded out to short. Syndergaard struck out. After walking two in a row, Stratton struck out Conforto.

Heredia singled past the shortstop. Kramer grounded into a 6-4-3 double play. Maile struck out.

Stratton struck out. Dyson walked. He moved to second on a wild pitch, and moved to third on an infield single by Newman. Bell flew out to center, with Dyson tagging up and scoring on the play. Newman is caught stealing second with Walker at the plate.

Conforto struck out. Alonso grounded out to short. McNeil flew out to left.

Walker led off the seventh with a double down the third base line. Adam Frazier enters as a pinch hitter and grounded out back to the mound. Gregory Polanco entered as a pinch hitter and walked. Seth Lugo came in to pitch for the Mets. A passed ball put runners at second and third. Kramer flew out to left, with Walker tagging and scoring on the play. Maile flew out to center.

Polanco stays in at right field. Frazier stays in at second. Kyle Crick enters the game for the Pirates. Ramos strikes out. Marisnick draws a walk. Guillorme is hit by a pitch. Dominic Smith enters as a pinch hitter and grounds into a 6-4-3 double play.

Dellin Betances comes in for the Mets. Bryan Reynolds enters as a pinch hitter and is hit by a pitch. Dyson grounds out to third, with Reynolds moving to second. Newman and Bell both strike out. 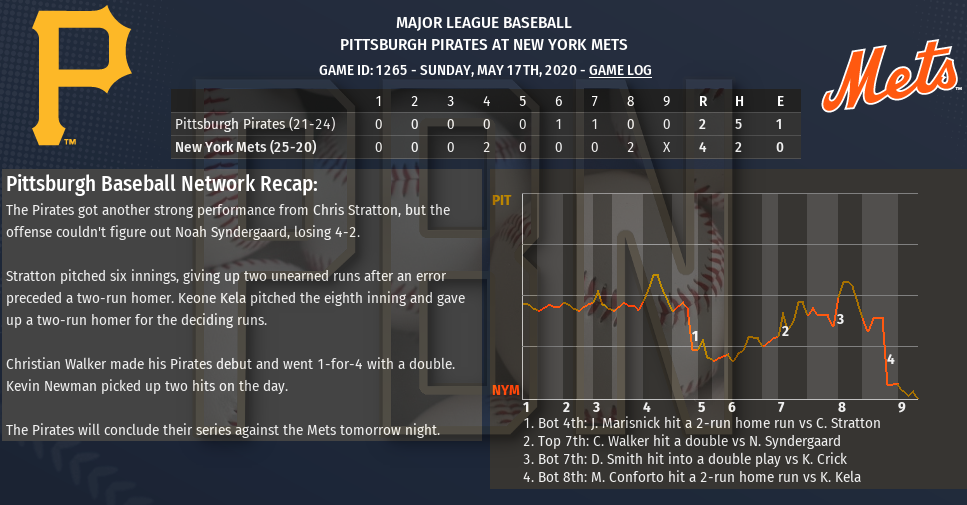 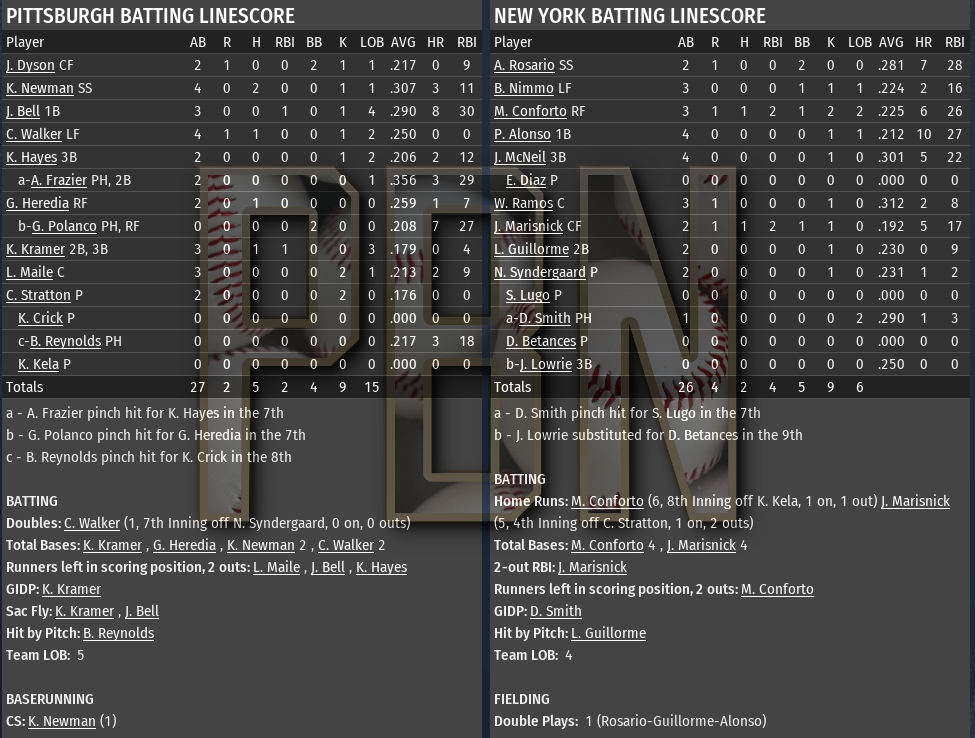 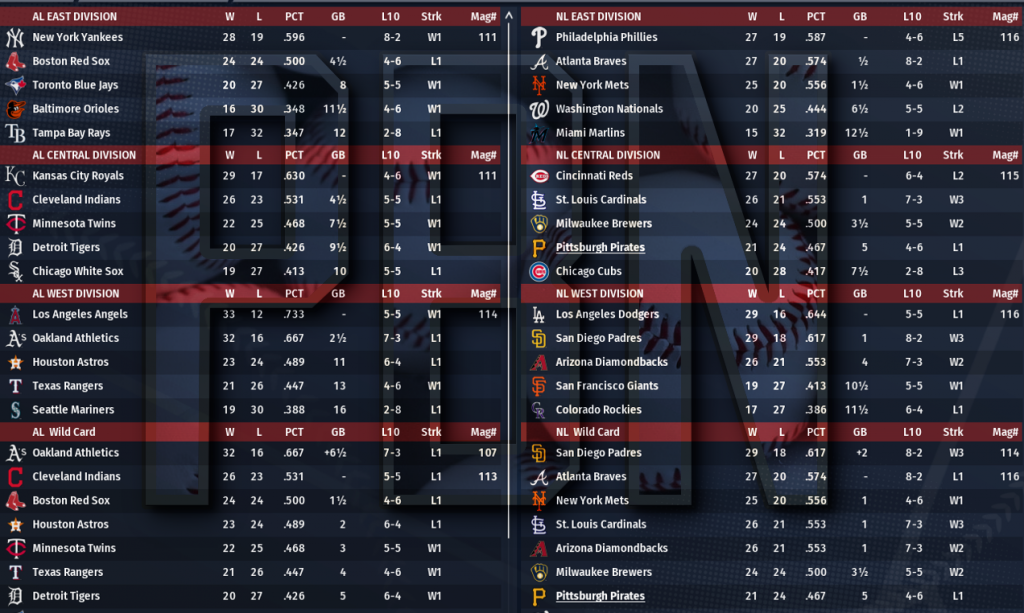 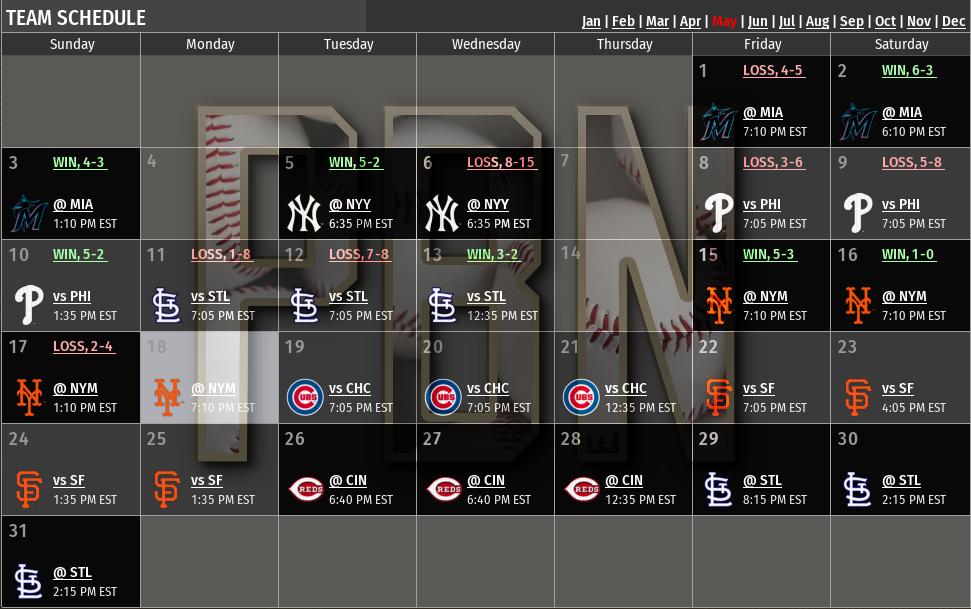