The Pirates have lost four of their last five, and will look to get back on track tonight against the Cardinals. 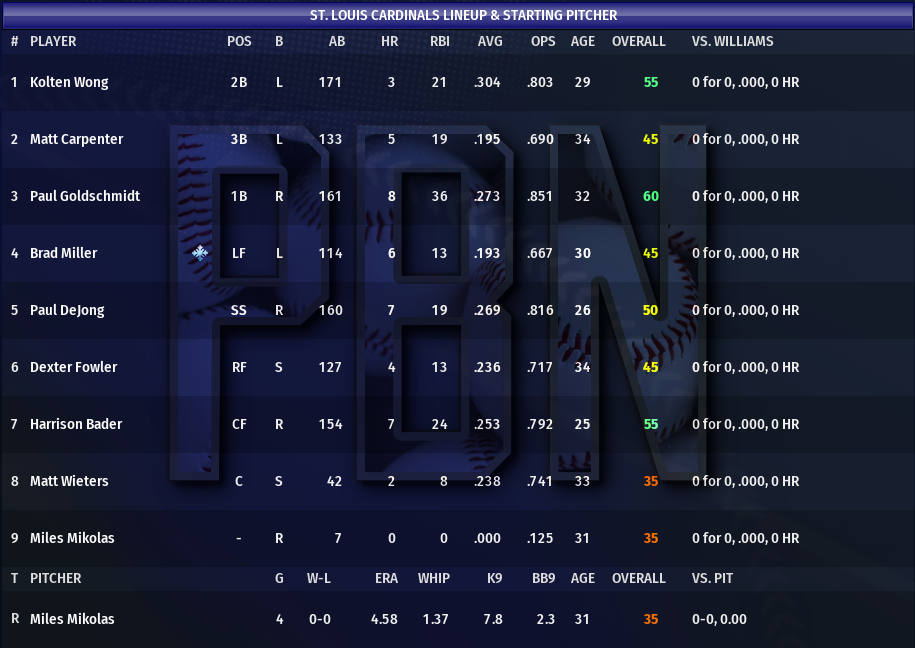 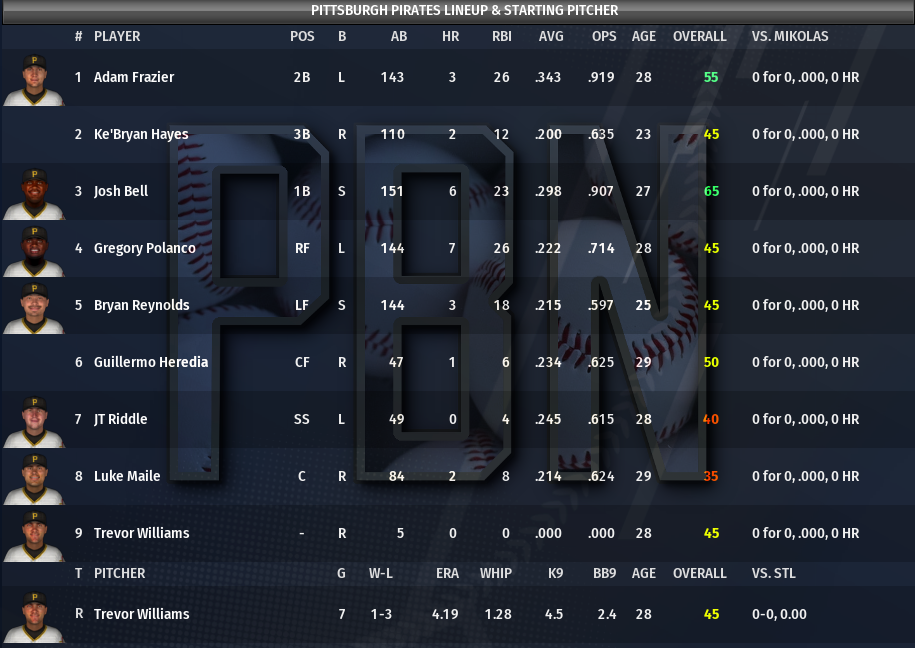 Wong pops out to second. Williams hits Carpenter with a 1-1 fastball. He follows with a strikeout against Goldschmidt for the second out. Brad Miller hits a two run homer to right-center. DeJong walks on four pitches. Fowler flies out to center.

Polanco flies out to right. Reynolds strikes out. Guillermo Heredia doubles to the right-center gap. JT Riddle doubles down the third base line, scoring Heredia. Maile strikes out.

Wong flies out to center. Carpenter grounds out to second. Goldschmidt pops out to short.

The rain is heavy, and the umpire calls for a rain delay.

The game resumes after 59 minutes.

Brad Miller flies out to left. DeJong singles to left. Fowler hits an infield single past the mound. Williams strikes out Bader. Wieters grounds out to second.

Reynolds grounds out to second. Heredia flies out to center. JT Riddle hits a solo homer over the Clemente wall to give the Pirates the lead. Maile strikes out.

Williams strikes out Mikolas to start the fifth. Wong draws a walk. Carpenter singles to right and Wong stops at second. Goldschmidt strikes out swinging. Miller flies out to right.

Dovydas Neverauskas comes in to pitch for the Pirates. DeJong strikes out. Fowler flies out to center. Bader strikes out.

Bell grounds out to the shortstop, who was shifted to the right side of second base. Polanco flies out to center. Reynolds flies out to right.

Wieters singles through the hole on the left side of the infield. Austin Dean enters as a pinch hitter. Neverauskas hits him with a pitch. Wong grounds into a 1-6 fielder’s choice and the tying run moves to third. Michael Feliz enters the game for the Pirates to face Matt Carpenter. Carpenter singles through the right side of the infield, scoring the tying run and moving Wong to third. Goldschmidt flies out to left, and Wong tags and scores the go-ahead run. Miller flies out to right.

Colin Moran enters the game as a pinch hitter, replacing Rodriguez. Moran strikes out. Frazier grounds out to second. Ke’Bryan Hayes doubles to the wall in left-center. Left-handed reliever Andrew Miller enters the game, turning Josh Bell around to the right side. Bell flies out to left.

Giovanny Gallegos comes on to close out the game for the Cardinals. Polanco flies out. Reynolds draws a walk. Heredia strikes out looking. Carlos Torres comes on to face the ever dangerous JT Riddle. Riddle pops out to the catcher in foul territory. 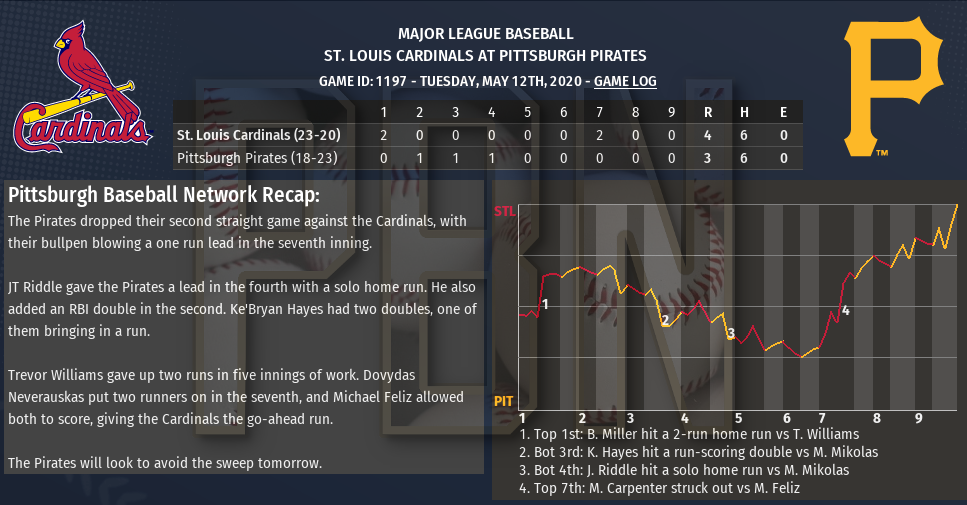 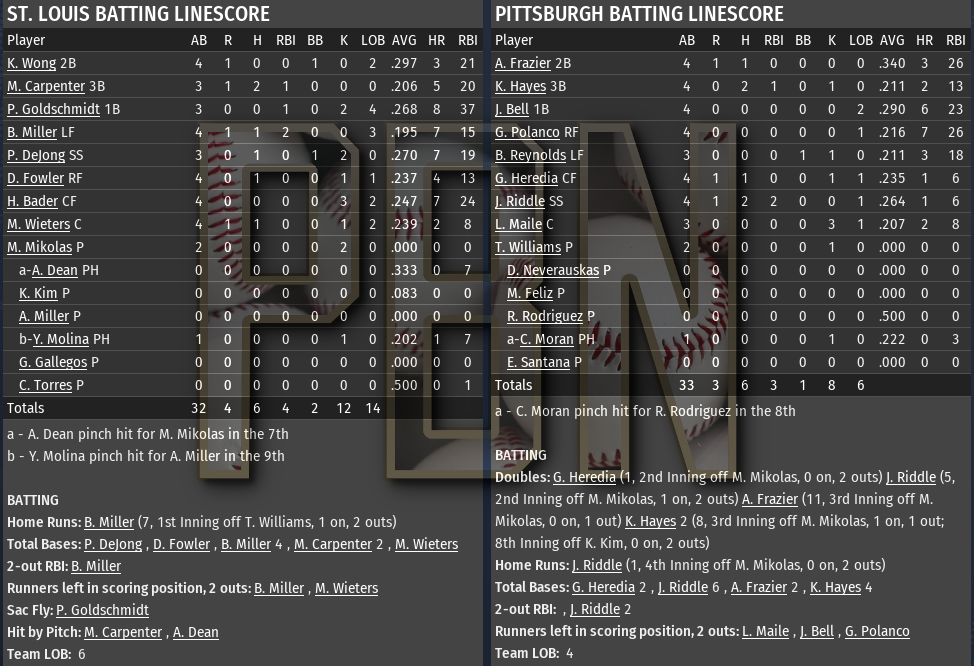 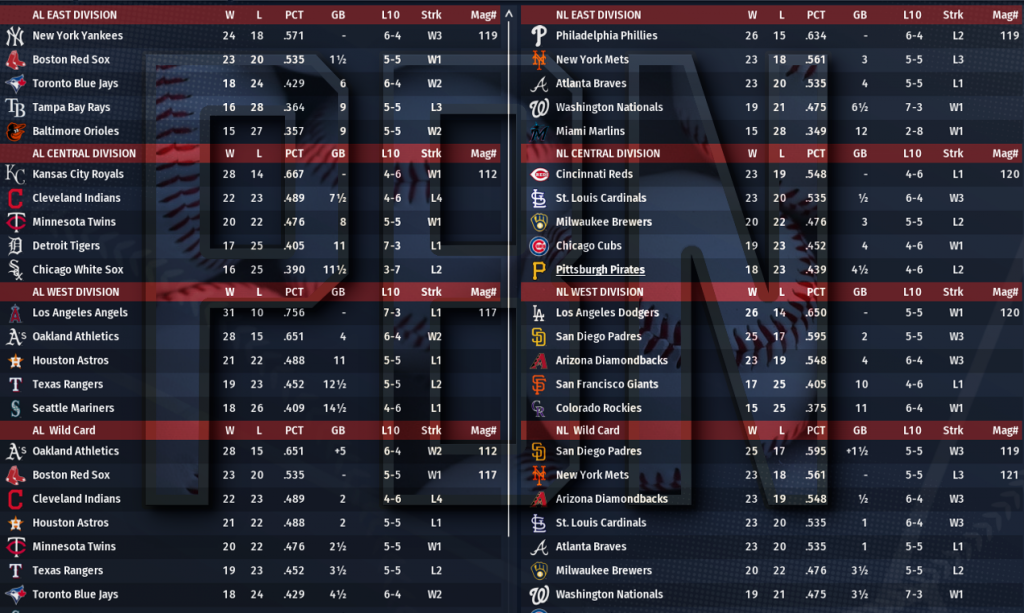 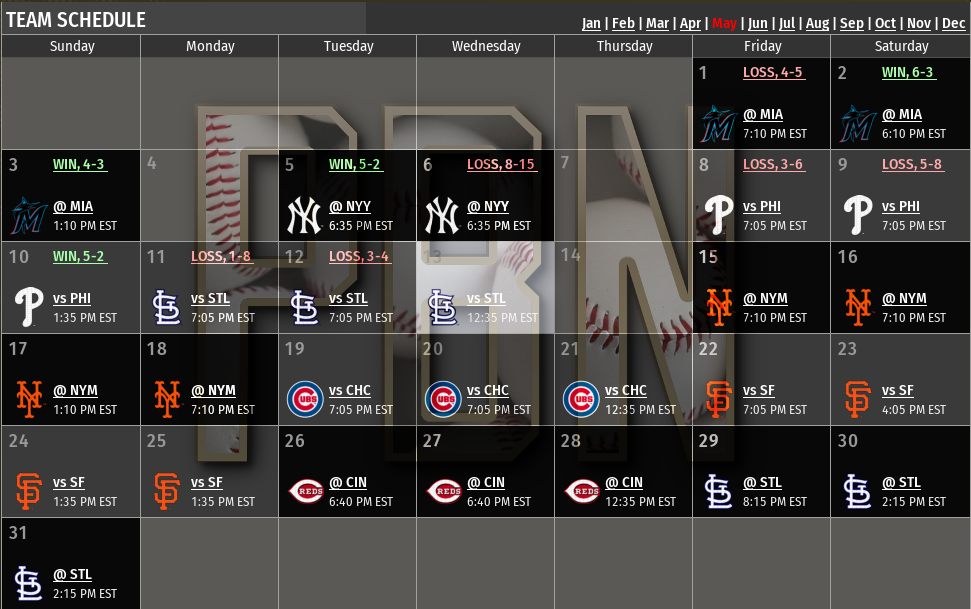