The Pirates return home to PNC Park tonight, taking on Andrew McCutchen and the Phillies.

Prior to the game, Clay Holmes was activated from his rehab assignment and James Marvel was optioned to Triple-A. 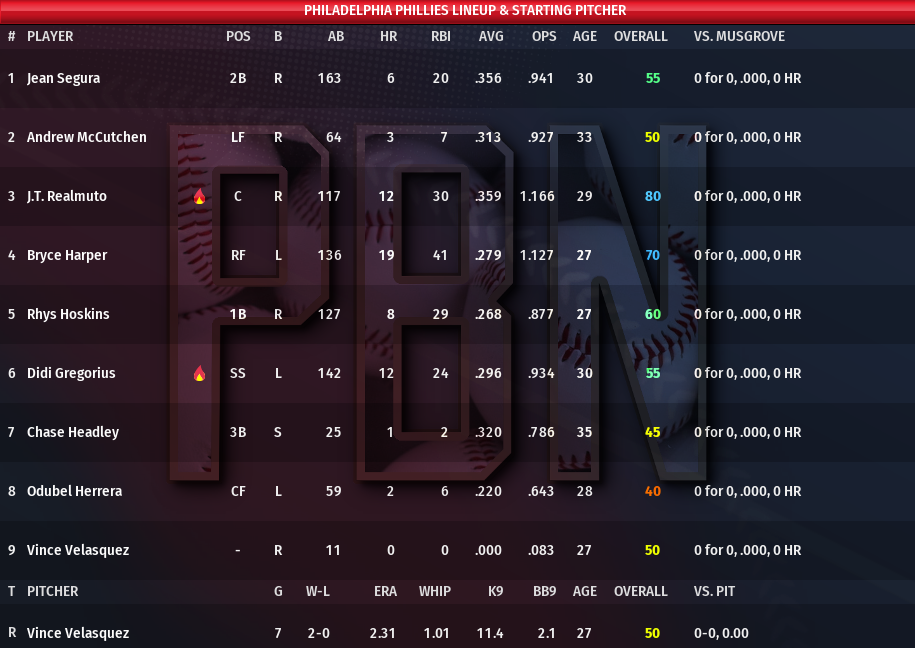 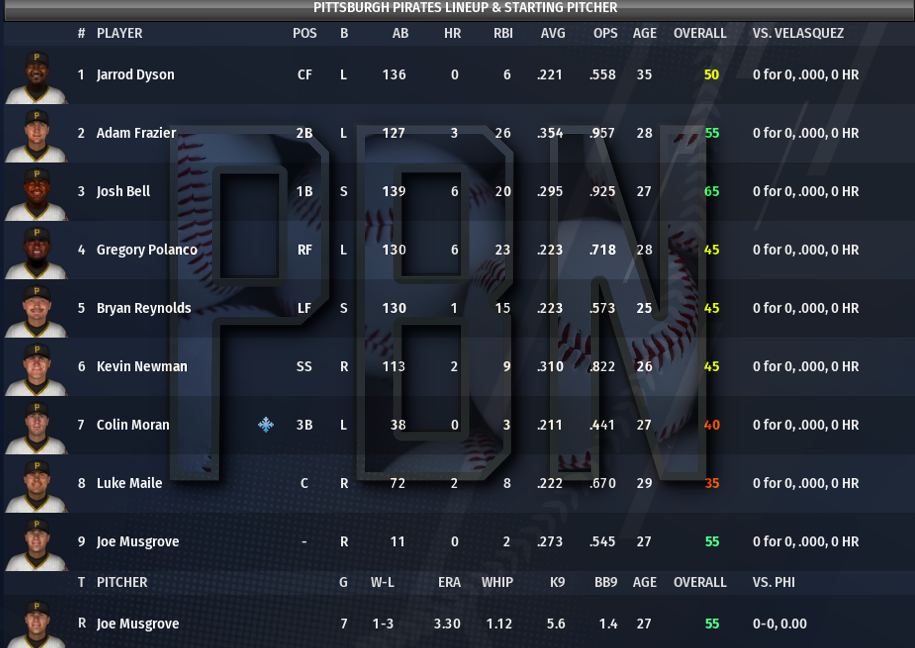 Musgrove got Jean Segura to pop out to second to start the game. Andrew McCutchen hit a solo homer on a line drive down the left field line to give the Phillies the lead. Realmuto flew out to center and Harper struck out swinging.

Colin Moran leads off the second with a double to left. Velasquez struck out Maile and Musgrove, and got Dyson to ground out to short.

Musgrove gets Velasquez to ground out to short. Segura pops out to second. McCutchen grounds to third, but a wide throw to first by Moran allows him to reach safely. J.T. Realmuto hits a two-run homer to tie the game. Harper strikes out on an inside slider.

Frazier strikes out to start the bottom half of the inning. Josh Bell flies out to center. Polanco grounds out to second.

Hoskins leads off with a double. Gregorious singles up the middle, and Hoskins stops at third. Headley grounds into a 4-6-3 double play, with Hoskins scoring the go-ahead run on the play. Herrera flies out to center.

Velasquez retires Reynolds and Newman with grounders. Moran singles on a line drive to left. Maile grounds out to short.

Musgrove had a quick fifth inning, with two ground outs, and a strikeout against Segura.

Guillermo Heredia entered as a pinch hitter for Musgrove and struck out. Dyson lines out to second. Frazier lines out to right.

Kyle Crick comes on for the Pirates. Realmuto flew out to center. Harper reached on an infield single. Hoskins struck out. Richard Rodriguez came on and got Gregorious to fly out to right.

Josh Bell singles through the right side of the infield, beating the shift. Harper overran the ball, allowing Bell to take second. Polanco flew out to center. Reynolds struck out. Newman flew out to right.

Headley grounded out to second. Herrera tripled to the wall in right-center. Jay Bruce enters as a pinch hitter and is intentionally walked. Rodriguez gets Segura to ground to second, with Frazier going to second for the out. Newman didn’t have a play at first, and Herrera scored. McCutchen singled to left and Segura moved to third. Realmuto flew out to center field.

Right-handed pitcher Victor Arano comes on for the Phillies. Moran popped out. Maile singled through the left side of the infield. Kevin Kramer enters as a pinch hitter and pops out in the infield. Dyson reaches on an infield single on a slow roller to the left of the mound. Frazier grounds out to third.

Keone Kela enters the game for the Pirates. He strikes out Harper. Hoskins doubles to the wall in left field. Gregorious is intentionally walked. Headley draws a walk to load the bases. Michael Feliz comes in to pitch. He gets a grounder to third, and Moran gets the out at home. Neil Walker enters as a pinch hitter and draws a four pitch walk to bring in a run. Segura flies out to center. 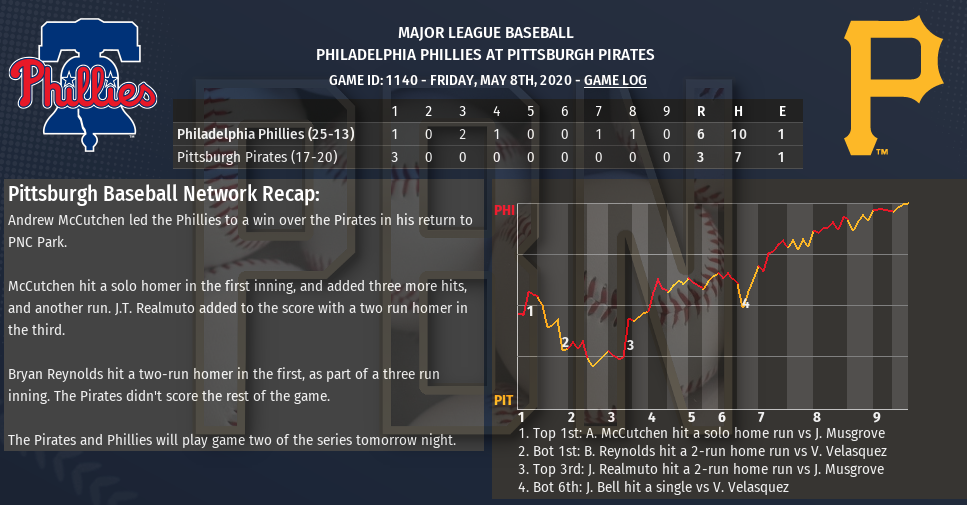 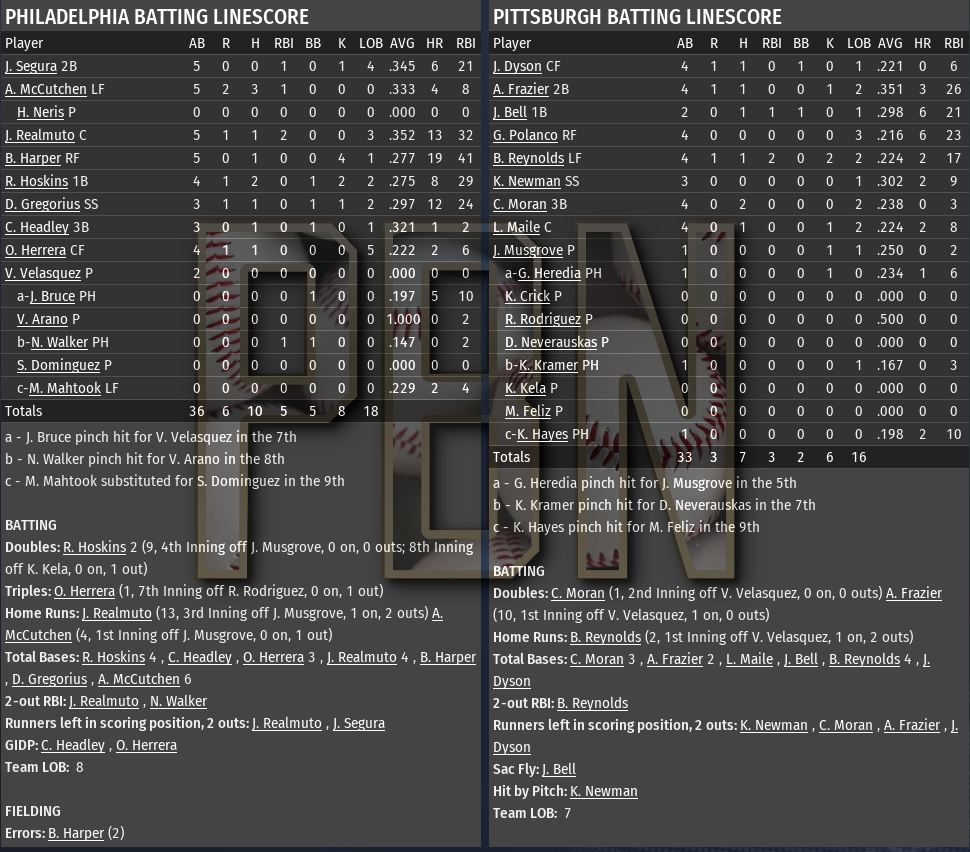 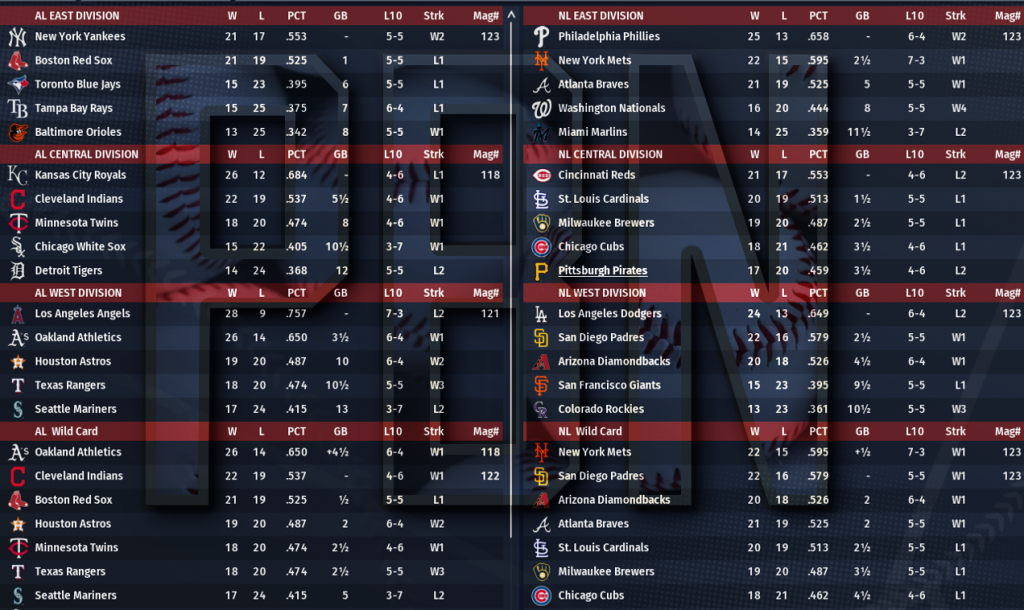 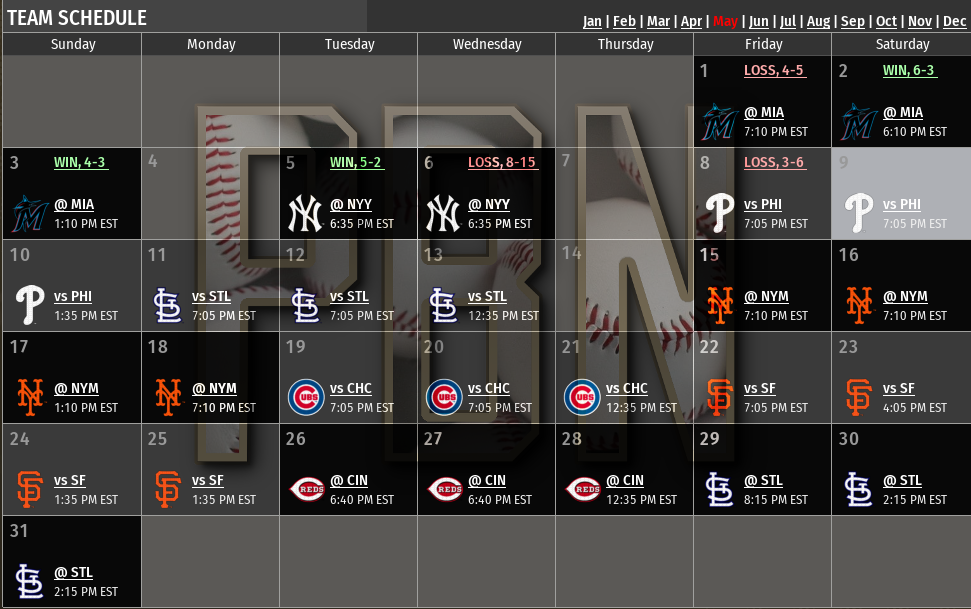