OOTP: Pirates Look For Series Win Against the Marlins

The Pirates take on the Marlins this afternoon, with Chris Stratton taking the mound, looking to get the series win. 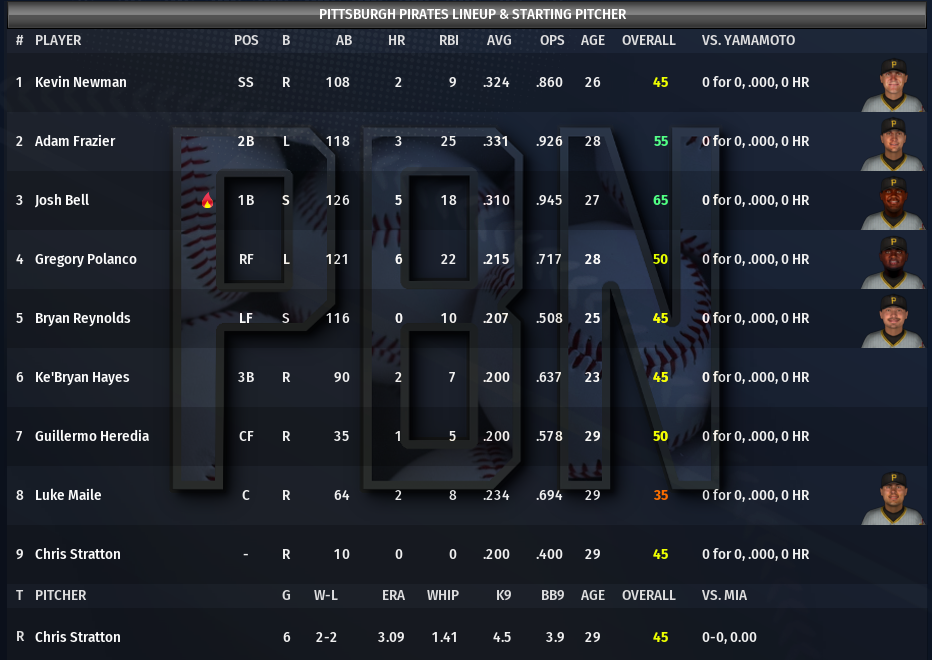 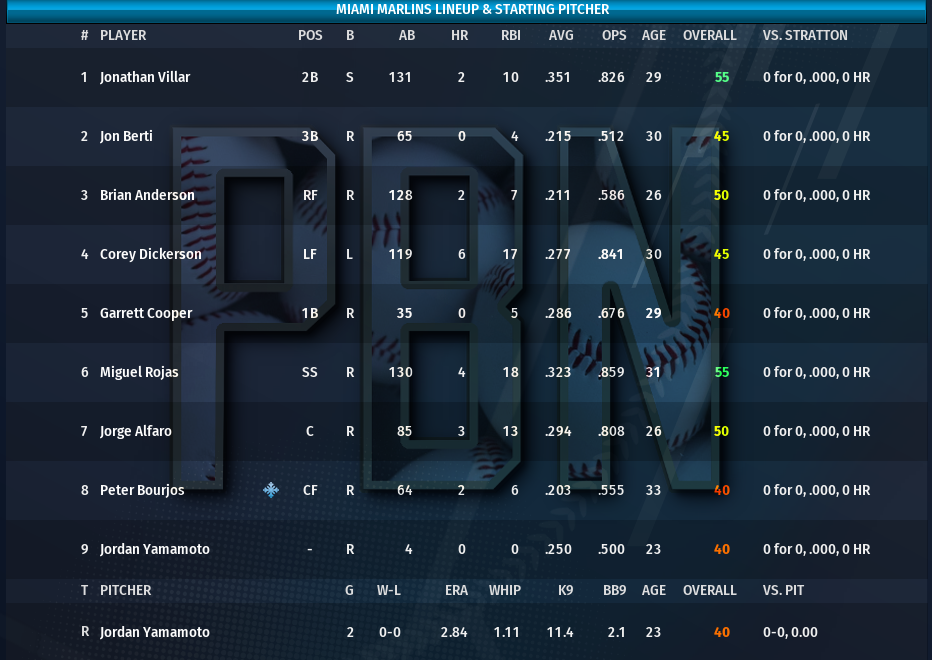 Newman grounds out to short to start the game. Frazier reaches on a bunt single. Bell pops out to second. Polanco lines out to right field.

Stratton sets down the Marlins in order in the first.

Bryan Reynolds led off the second inning by launching a monster home run to deep center field. The ball went 458 feet with an exit velocity of 94.4 MPH. Hayes follows by drawing a walk. Heredia singles and moves Hayes to second. Maile pops out in the infield. Stratton sacrifices both runners into scoring position. Newman flies out to right.

Stratton gets Dickerson to ground out to second. Cooper singles to right. Stratton strikes out Roja and gets Alfaro to pop out to first.

Frazier lined out back to the mound. Bell hit a double to right field. He moved to third on a wild pitch. Polanco singles through the hole on the right side, past a diving second baseman, bringing in Bell. Reynolds grounds into a 1-6 fielder’s choice. Hayes walks on four pitches. Heredia pops out to shallow center field.

Bourjos grounds out to third. Yamamoto reaches on an infield single on a ball hit up the middle that Newman stopped, but couldn’t make a play on. Stratton stikes out Villar and Berti.

Brian Anderson leads off with a double to the right field corner. Stratton strikes out Dickerson and Cooper. Rojas singles on a line drive to right field, bringing in a run. Alfaro grounds out to second.

Heredia grounds out to short. Maile strikes out swinging on another slider. Stratton strikes out on an inside cutter.

Jon Berti leads off the bottom half of the inning with a solo home run to left to tie the score. Anderson pops out to second. Dickerson grounds out to second. Cooper strikes out looking.

Left-hander Dylan Lee comes on to pitch for the Marlins. Newman flies out to center. Frazier singles up the middle. Bell grounds into a fielder’s choice. Polanco singles. Reynolds hits an RBI single to center, scoring Bell from second. Right-hander Tommy Eveld comes on and strikes out Hayes.

Stratton retires the side in order with two fly outs and a ground out.

Heredia grounds out to short. Maile walks on a 3-2 pitch in the dirt. Colin Moran comes in to pinch hit for Stratton. Moran reaches on a fielding error by Villar at second. Newman strikes out swinging. Frazier grounds out to end the inning.

Brandon Kintzler comes on to pitch for the Marlins. Josh Bell starts off with a walk. Polanco strikes out. Reynolds strikes out. Drew Streckenrider comes in and walks Hayes. Guillermo Heredia singles, bringing in Bell for the go-ahead run. Maile strikes out swinging.

Nick Burdi enters to close out the one run lead for the Pirates against the 6-7-8 hitters. Miguel Rojas leads off with a walk. Alfaro grounds out to third, with Rojas moving into scoring position. Jesus Aguilar enters as a pinch hitter and grounds out to short. Matt Kemp enters as a pinch hitter with two outs and the tying run at second. Kemp delivered the walk off on Friday in the ninth inning. He hits a towering fly ball to left field, but Reynolds circles under it for the final out. 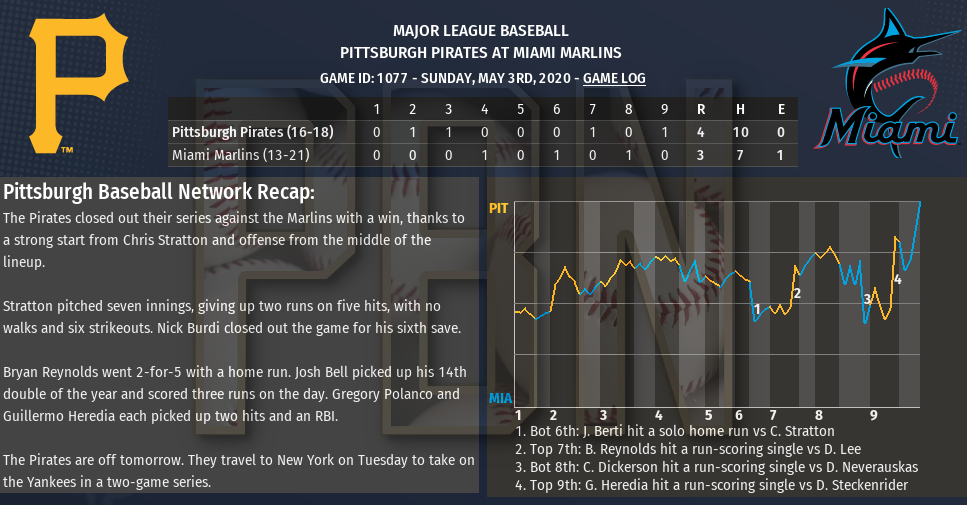 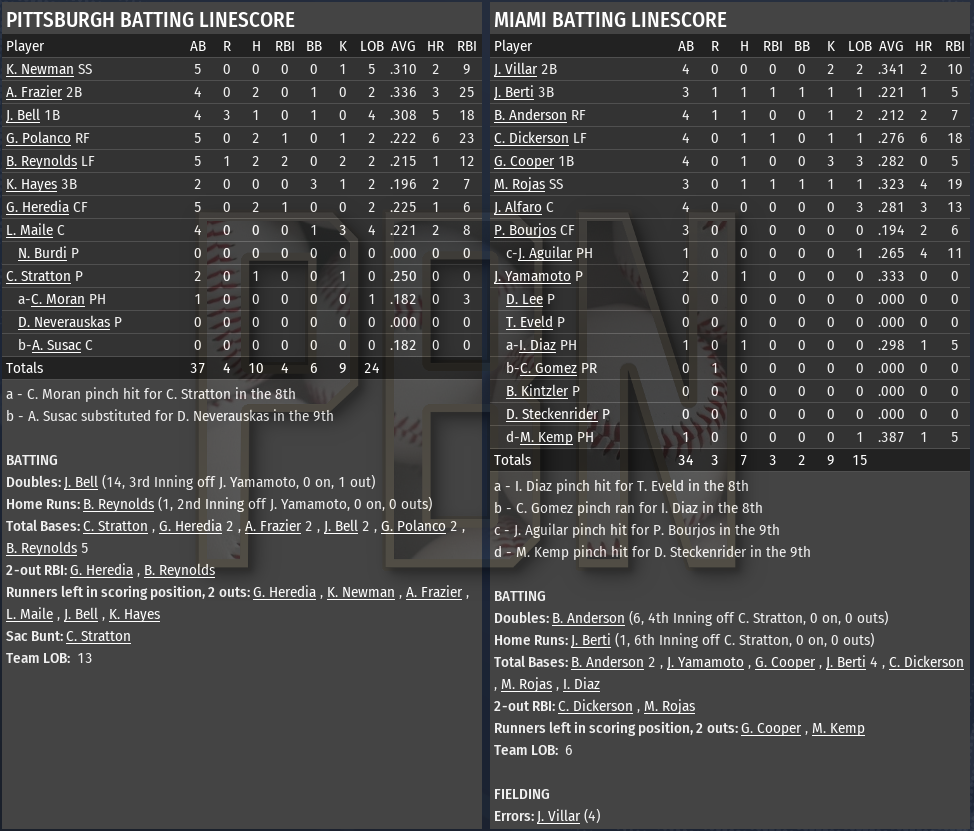 The Cubs got some bad news. Anthony Rizzo was injured in Wednesday’s game against the Pirates. He will be out five to six weeks with a fractured wrist. Javier Baez was also suspended for three games. 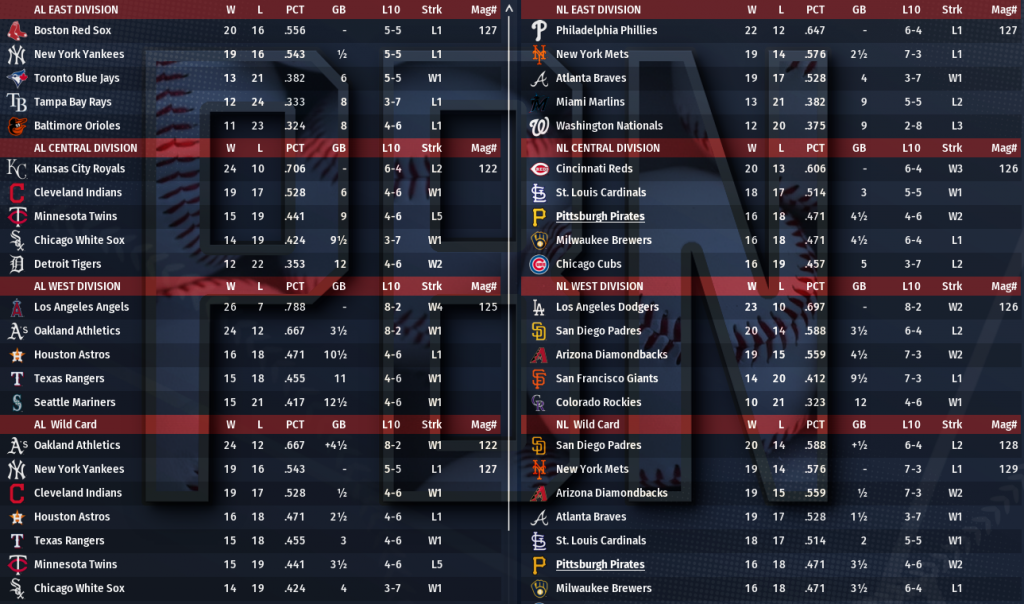 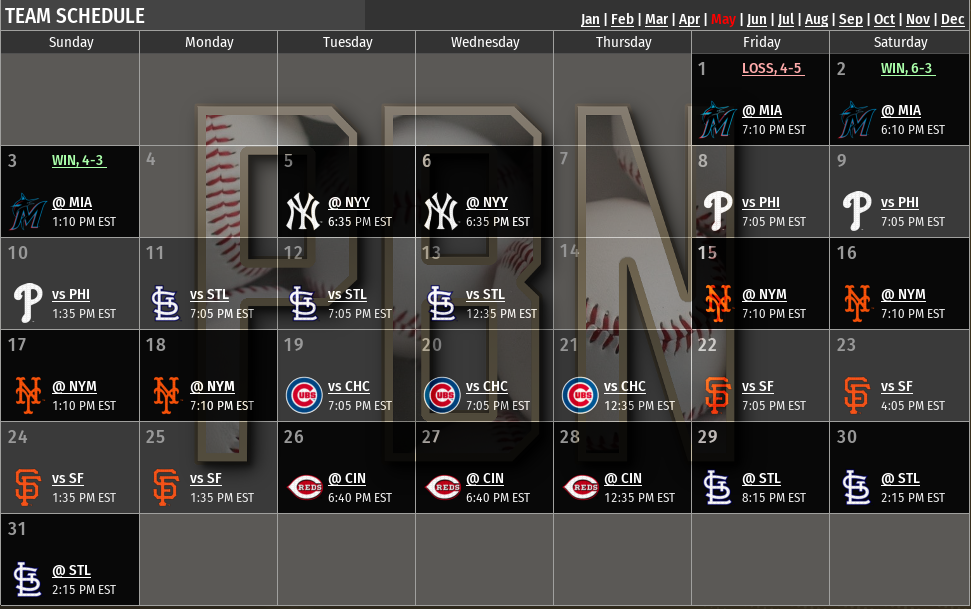