OOTP: Mitch Keller Aims to Get the Pirates a Series Win Against the Dodgers 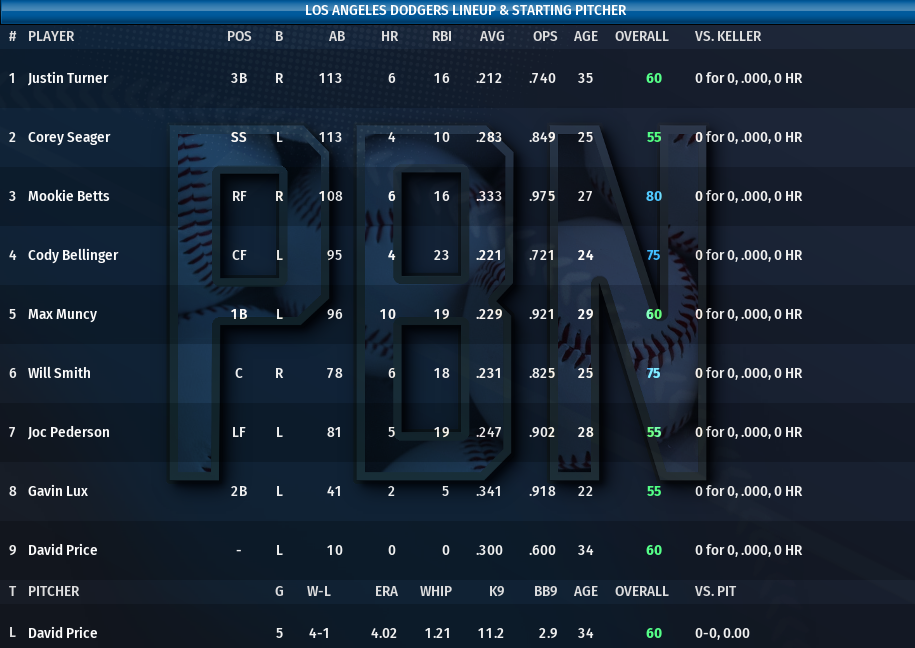 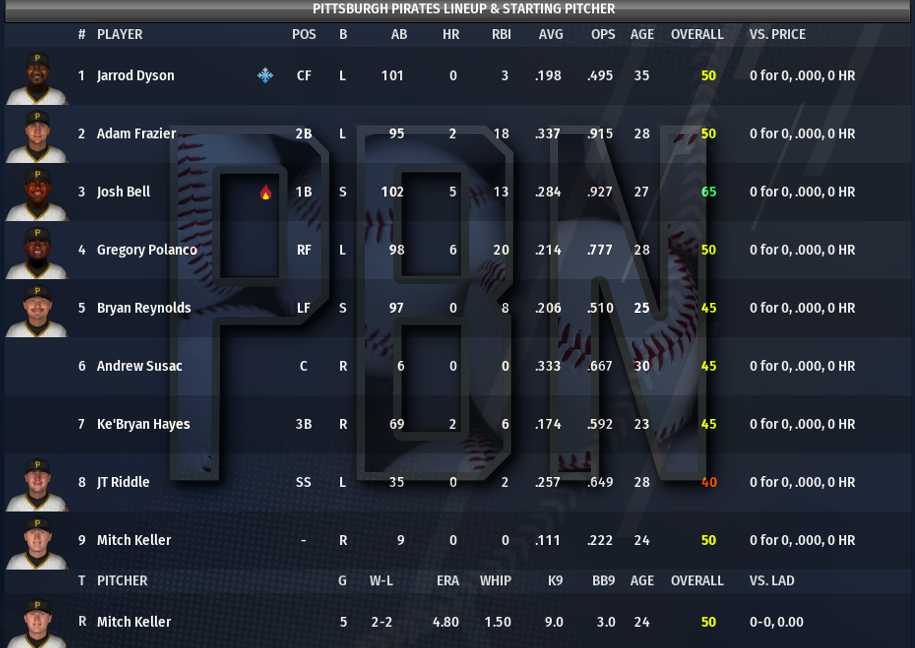 Keller had an easy inning in the first, with a ground out to short, a fly out to left, and a strikeout against Betts.

Dyson flew out to left. Frazier grounded out to short. Bell struck out.

Keller gets Bellinger to fly out to right. After walking Muncy, he strikes out Smith. Pederson pops out to Susac in foul territory.

Hayes grounded out to third. Riddle flew out to left field. Keller singled on a line drive past the third baseman for the first hit of the game for either team. Dyson singled to right, but Keller was thrown out at third by Betts.

Keller strikes out Seager looking. Betts grounds out to short. Bellinger draws a walk, then steals second. Muncy flies out to center.

Frazier grounds out to start the inning. Bell singles to left field. Polanco grounds into a 4-6 fielder’s choice. Reynolds flies out to right.

Will Smith grounds out. Keller walks Pederson, then gets Gavin Lux to ground into a 5-4-3 double play.

Keller strikes out Price to start the inning. Turner walks, for Keller’s fourth walk of the game. Seager lines one back to the mound, and it’s caught by Keller. Betts walks on four pitches with two outs. Belinger breaks up the no-hitter with a single, scoring Turner for the first run of the game. Richard Rodriguez comes on to replace Keller and gets Muncy to ground out to second.

The Pirates keep Richard Rodriguez in to hit, and he doubles down the line. Dyson flies out to left. Frazier draws a walk. Bell grounds into a double play.

Will Smith draws a walk. He tries to steal second, but is thrown out by Susac, who is now 2-for-7 in caught stealing attempts. Pederson grounds out to short. Lux grounds out to third.

Polanco reaches base on a catcher’s interference call. Reynolds lines out to second. Susac flies out to deep right-center. Hayes flies out to right.

Rodriguez stays in and strikes out David Price. Dovydas Neverauskas comes in for the Pirates. He gets Justin Turner to ground out to second, thanks to a nice play by Frazier. Seager pops out in foul territory.

JT Riddle flies out to left. Colin Moran enters as a pinch hitter and strikes out. Dyson grounds out to third.

James Marvel enters to pitch for the Pirates. He strikes out Betts to start the inning. Bellinger takes a low pitch for Ball four. Muncy singles to right, with Bellinger stopping at second. Marvel strikes out Will Smith. Joc Pederson hits a three run homer to right field. Michael Feliz enters the game. Gavin Lux singles to left. David Price singles up the middle, with Lux moving to third. Turner hits a three run homer to left. Seager singles, then Betts hits a two run homer to left. Blake Weiman comes in to pitch to Bellinger and strikes him out, as the Pirates relievers combine to strike out the side in an eight run inning.

David Price strikes out Adam Frazier. Josh Bell singles to left field. The Dodgers bring in right-handed pitcher Brusdar Graterol.  He strikes out Polanco looking on a breaking ball on the outside corner. Reynolds grounds out to first to end the game. 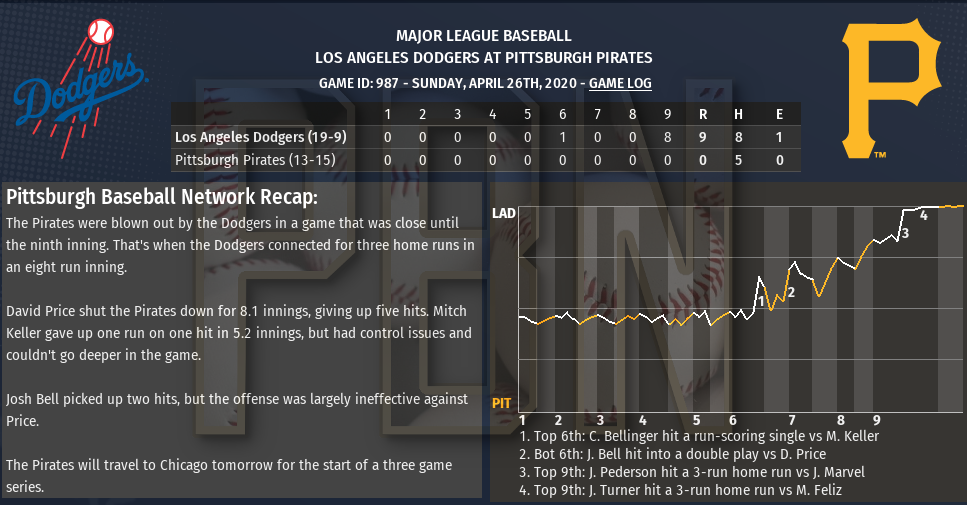 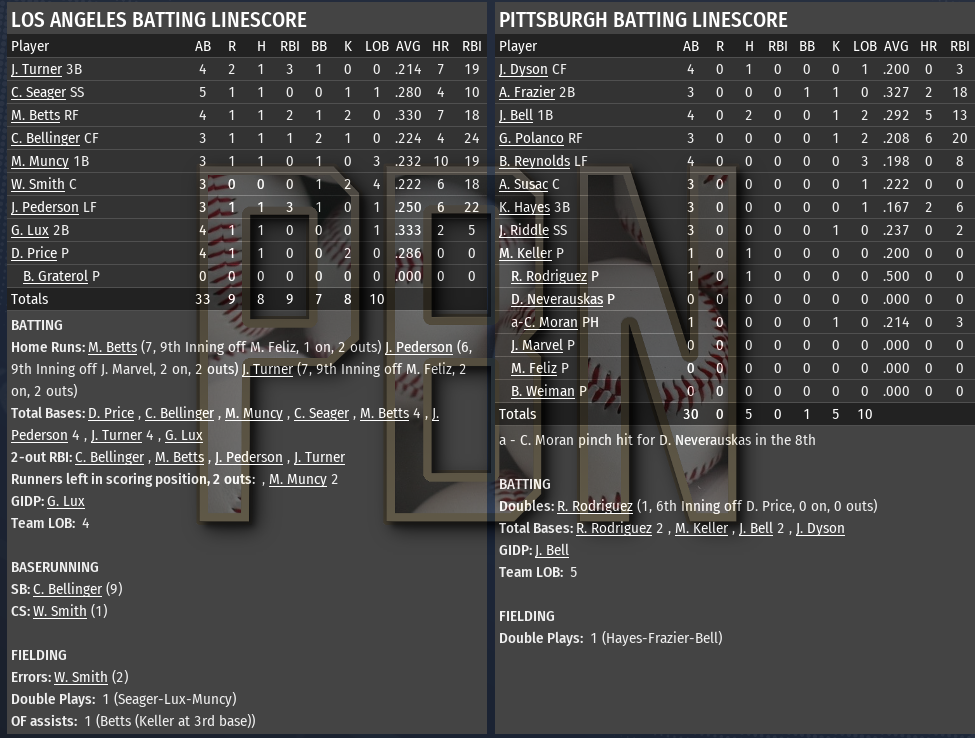 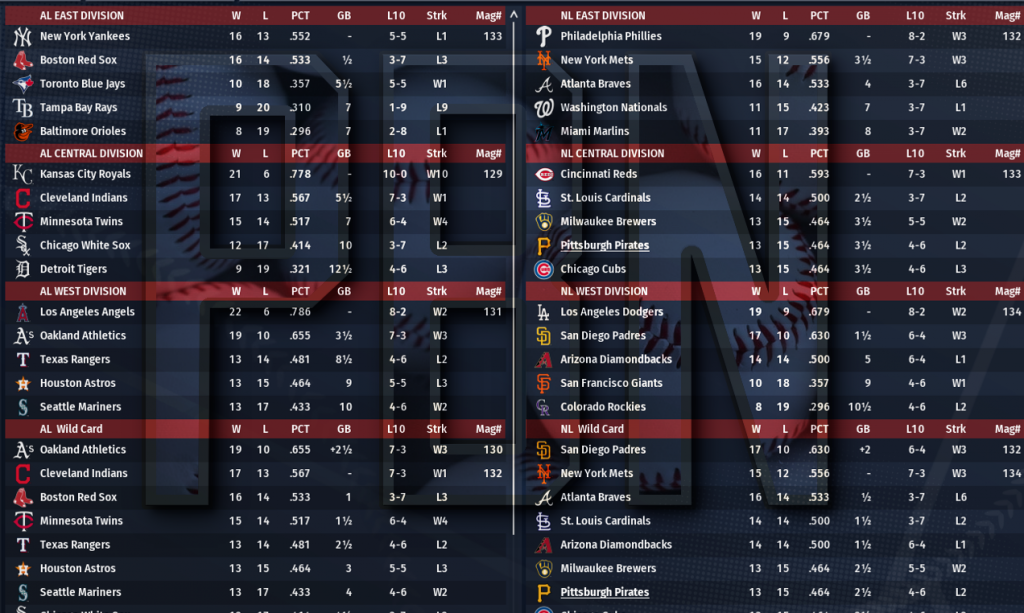 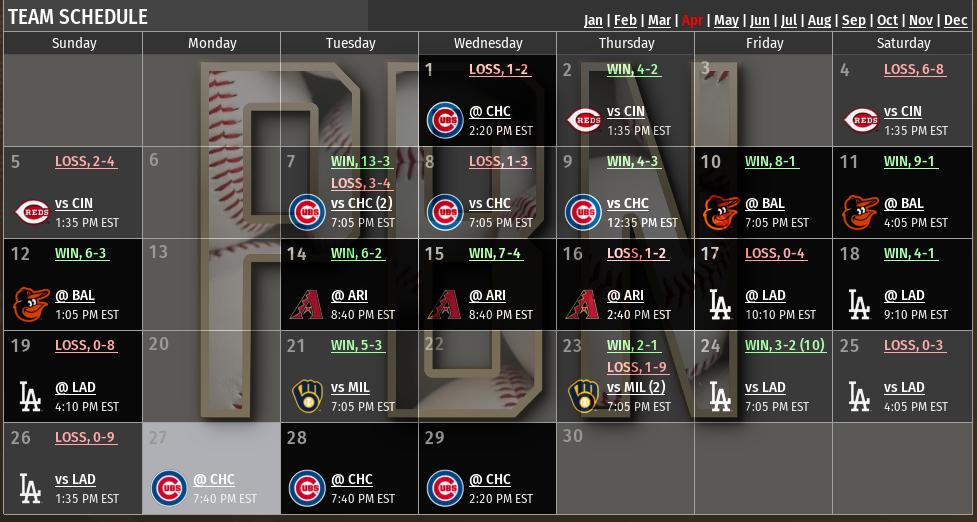