OOTP: Pirates Go For a Sweep of the Brewers

The Pirates could climb above .500 and sweep the Brewers with a win in the second game of today’s double header. They’ll have a bit of a challenge, as the bullpen was needed for 6+ innings in game one. That leaves closer Nick Burdi, Blake Weiman, and Kyle Crick unavailable for game two. Expect to see Keone Kela as the closer if the Pirates have the opportunity. 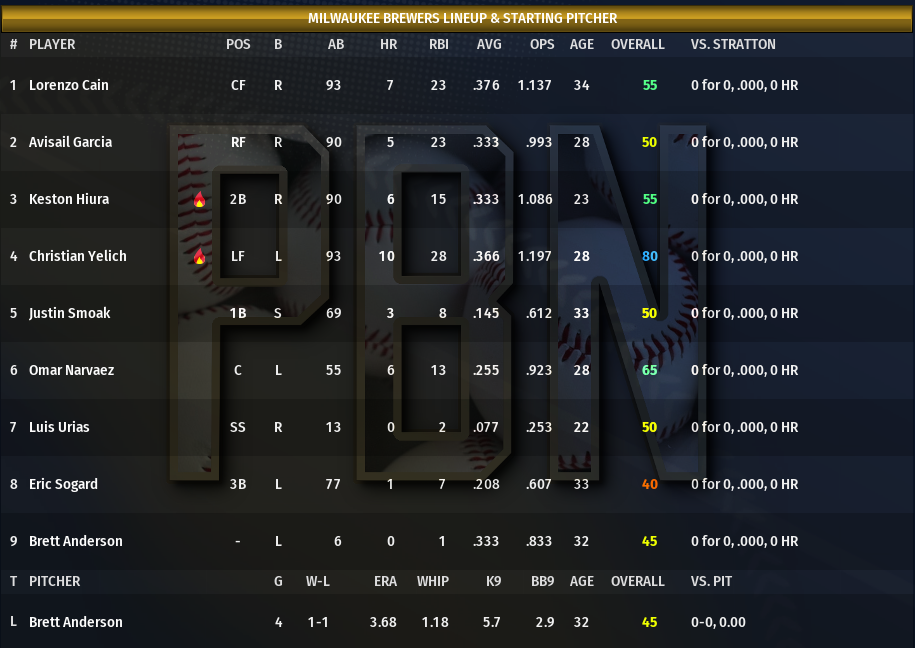 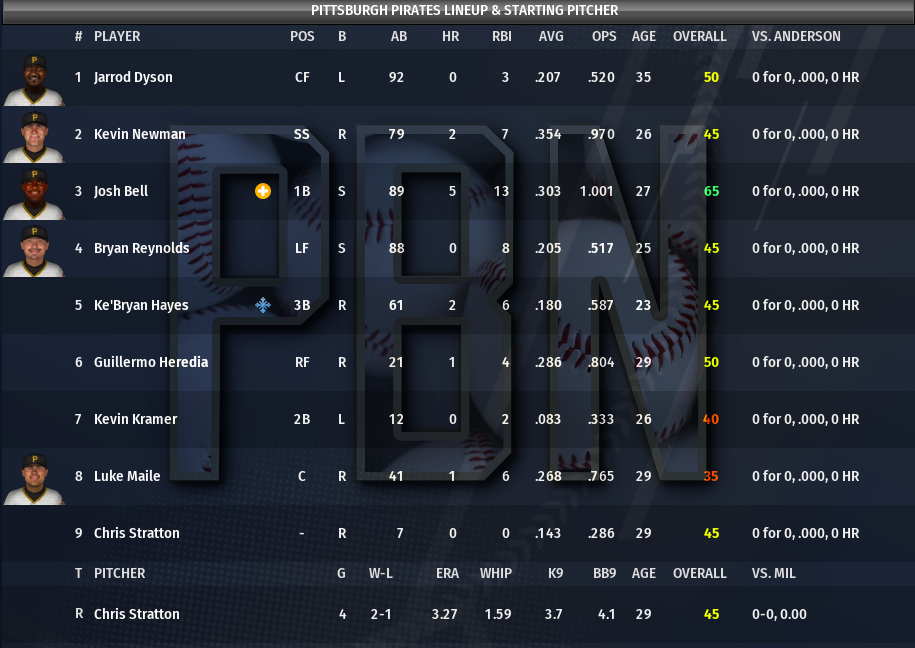 Lorenzo Cain leads off the game with a home run to left field. Stratton rebounds to strike out Garcia and Hiura. Yelich flies out to left.

Dyson pops out to short. Newman grounds out to second, but Hiura is hurt and exits the game. Brock Holt! enters as the new second baseman. Josh Bell flies out to center.

Reynolds lines out to right. Hayes pops out in the infield. Guillermo Heredia hit a two-out single to right field. Kevin Kramer doubled to right, allowing Heredia to score all the way from first. Luke Maile strikes out to end the inning.

Anderson gets two ground outs to start the inning. Newman singles up the middle. Bell grounds out for the third out.

Stratton got Narvaez to ground out to short. After walking Urias, he got Sogard to ground into a 6-4-3 double play.

Stratton leads off the fifth with a strikeout against Anderson. Cain and Garcia both ground out to third to end the inning.

Maile grounds out to short. Adam Frazier enters as a pinch hitter and singles to right. Dyson singles, with Frazier moving to second. Newman grounds into a 4-6-3 double play.

Dovydas Neverauskas enters in relief. Brock Holt! singles to center. After issuing a walk, Neverauskas gets a strikeout against Smoak. A single by Narvaez brings in a run. Urias flies out to center. Sogard singles to bring in another run. Neverauskas strikes out Anderson.

Bell leads off with a single, extending his hitting streak to 12 games. Reynolds flies out to center. J.P. Feyereisen comes on in relief. Hayes walks. Guillermo Heredia crushes a pitch down the right field line, but it goes foul, just missing a home run. Heredia grounds into a 4-6-3 double play.

Neverauskas returns for the seventh. Cain leads off with a single. Edgar Santana comes on in relief. Garcia doubles, putting runners at second and third. Brock Holt! grounds out in front of the plate. Yelich is intentionally walked to load the bases. Santana misses on the 3-2 pitch to Smoak, walking in a run. Narvaez singles, bringing in two runs. Urias grounds into a 6-4 fielder’s choice. Sogard flies out to right.

Ben Gamel enters as a pinch hitter and flies out to center. Cain singles to center. Richard Rodriguez comes in and gets an infield pop out. After hitting Brock Holt! with a pitch, he gives up a run scoring single to Yelich. Rodriguez gets a strikeout to end the inning.

Josh Lindblom enters to pitch for the Brewers. Dyson grounds out to short. Newman flies out to left. Bell flies out to center.

Rodriguez starts with a strikeout, then gives up a single to Urias. Sogard pops out in the infield. Lindblom flies out to right.

Reynolds lines out to second. Hayes doubles down the third base line. Heredia is hit in the back with a 1-2 pitch. Kramer lines out to center. Maile grounds out to short to end the game. 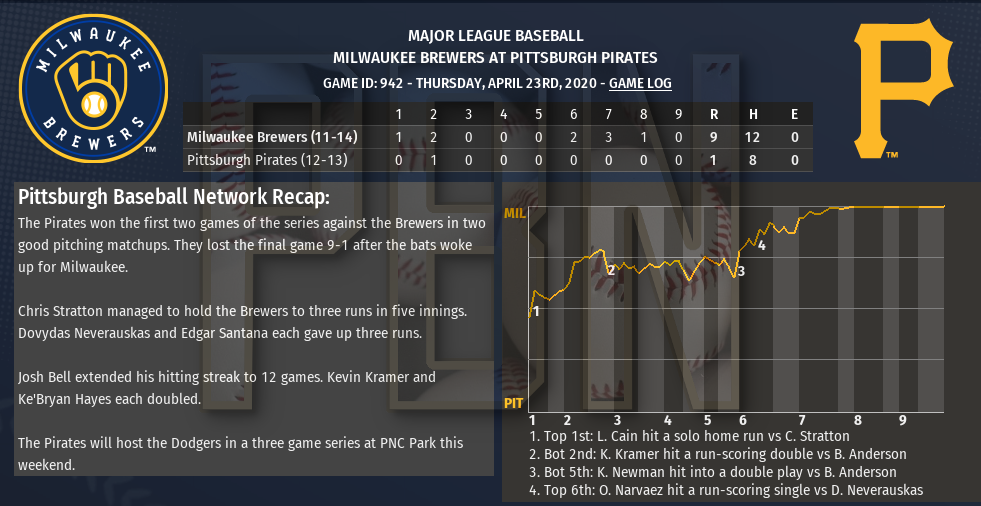 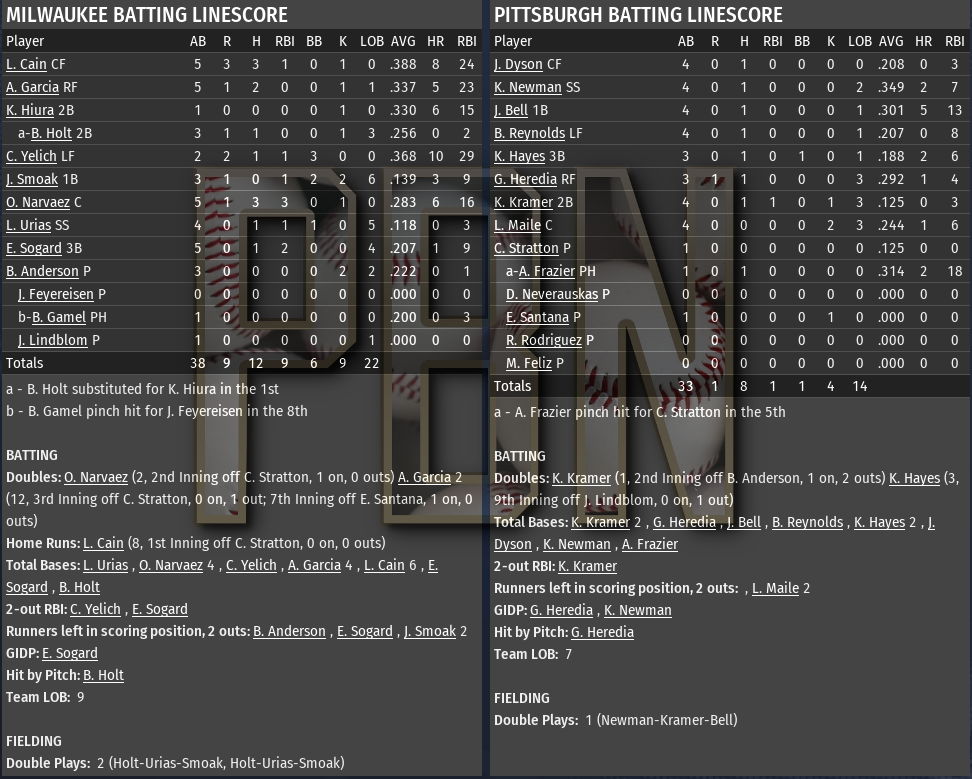 Trevor Williams is day-to-day with a finger blister. 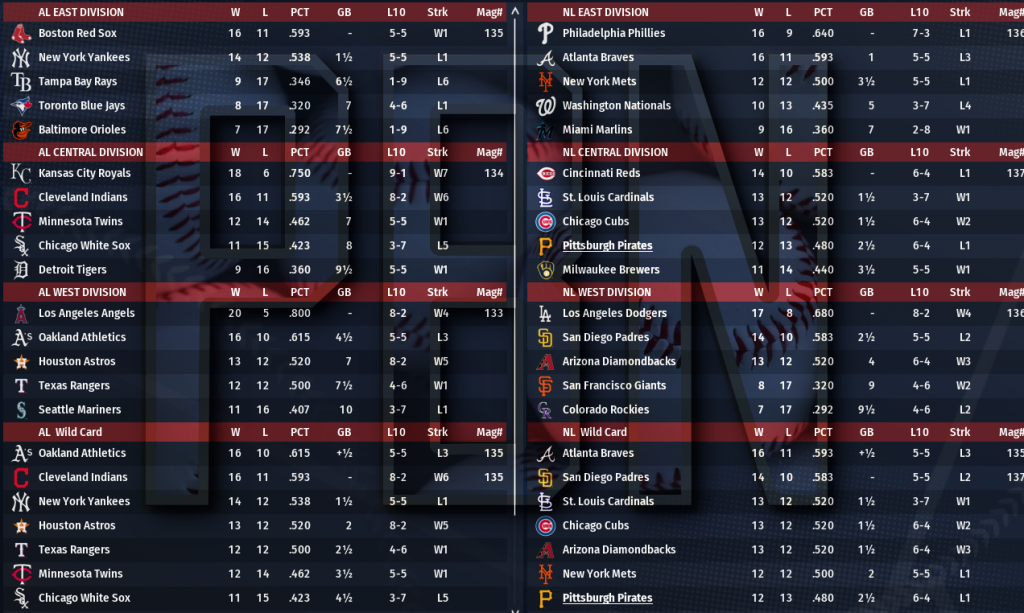