The Pittsburgh Pirates split a doubleheader with the Chicago Cubs yesterday. They beat the Cubs in game one, scoring 13 runs in the process. They lost on a wild pitch in game two.

The two teams go up against each other tonight as Joe Musgrove takes on Kyle Hendricks.

Musgrove got Ian Happ on a check swing for a strikeout to start the game. Kris Bryant grounded out to second, and Anthony Rizzo flies out to center field.

Jarrod Dyson led off the bottom of the inning with a ground out to first, with Rizzo making the flip to Hendricks for the out. Frazier flew out to center field. Josh Bell grounded out into the shift on the right side of the infield.

Javier Baez popped out to first base. Kyle Schwarber got the first hit of the game with a single to left field. Willson Contreras singled up the middle, with Schwarber moving to second. Musgrove struck out Jason Heyward on a fastball for the second out. Almora grounded out to third to end the inning.

Gregory Polanco singled to right field on a line drive for the first hit of the game. Bryan Reynolds flew out to deep right center for the first out. Kevin Newman grounded into a 6-4-3 double play to end the inning.

Musgrove started the inning with back-to-back ground outs against Hendricks and Happ. Kris Bryant singled with two outs, but Rizzo flew out to right on a 3-2 pitch.

Jacob Stallings grounded out, Ke’Bryan Hayes struck out looking at a changeup on the outside corner, and Musgrove popped out for a quick inning.

Musgrove struck out Baez on a 3-2 slider. Schwarber flew out to center field, and Contreras grounded out to third.

Dyson led off with a single through the right side of the infield. Frazier singled up the middle, moving Dyson to third base. Josh Bell flied out to shallow right field, with Dyson tagging on the play. Heyward made the catch and throw, but Dyson beat it for the first run of the game. Polanco grounded out, with Frazier moving to second. Reynolds flew out to center field.

Musgrove started the inning by getting Heyward to ground out to second. Almora beat out a slow roller for an infield single. Hendricks tried to bunt him over, but Musgrove made a good play to get the lead runner at second. Ian Happ hit a double down the third base line, kicking off the wall in foul territory into left field. Hendricks raced all the way around from first to tie the game. Bryant singled to center, and Happ rounded for home. Dyson made a strong throw to the plate and nailed Happ for the third out.

Kevin Newman singled on a soft fly ball to shallow right field that fell just beyond Happ’s reach at second. Hendricks followed with a strikeout against Stallings, another strikeout against Hayes, and a fly out to center against Musgrove.

Musgrove got a ground out to second against Rizzo, followed by a single from Baez. Schwarber grounded up the middle, but Newman was right behind the bag on the shift. He tagged the bag for the second out, and threw to Bell for the final out of the inning.

Dyson flew out to center and Frazier struck out. Josh Bell drew a two-out walk on four pitches. Polanco struck out looking.

Musgrove struck out Contreras on three pitches, finishing him with a slider. Heyward grounded out to second and Almora flew out to center field. Musgrove finishes the inning sitting at 92 pitches.

Hendricks enters the 7th inning sitting at 74 pitches. Bryan Reynolds flew out to left, Newman lined out back to the mound, and Stallings struck out.

Musgrove got Hendricks to ground out for the first out. Keone Kela comes in to face the top of the order. He starts by striking out Happ looking at a 97 MPH fastball. Bryant hit a two-out single to left field. Rizzo followed with a double to the wall in right-center, giving the Cubs a 2-1 lead as Bryant scored from first. Baez flew out to center for the final out.

Michael Feliz comes on for the Pirates in the ninth inning. Schwarber flew out to deep center field. Contreras struck out swinging at a 96 MPH fastball. Heyward launched a solo homer to right field to give the Cubs another run. Almora grounds out to end the inning, with the Cubs entering the bottom of the ninth up by two.

Craig Kimbrel comes on for the Cubs, facing Frazier, Bell, and Polanco. Frazier struck out swinging. Bell grounded out to first. Polanco struck out to end the game. 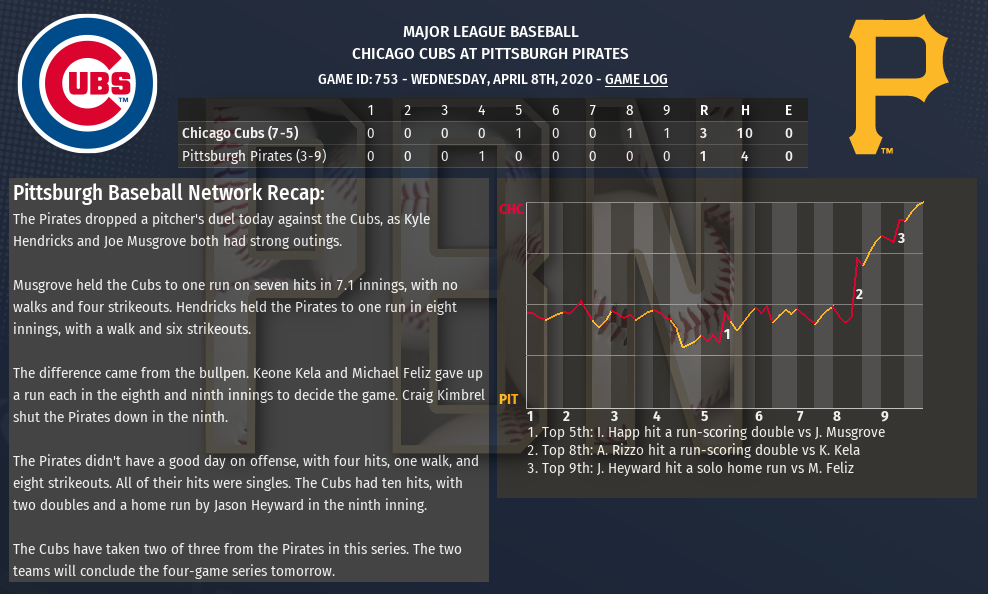 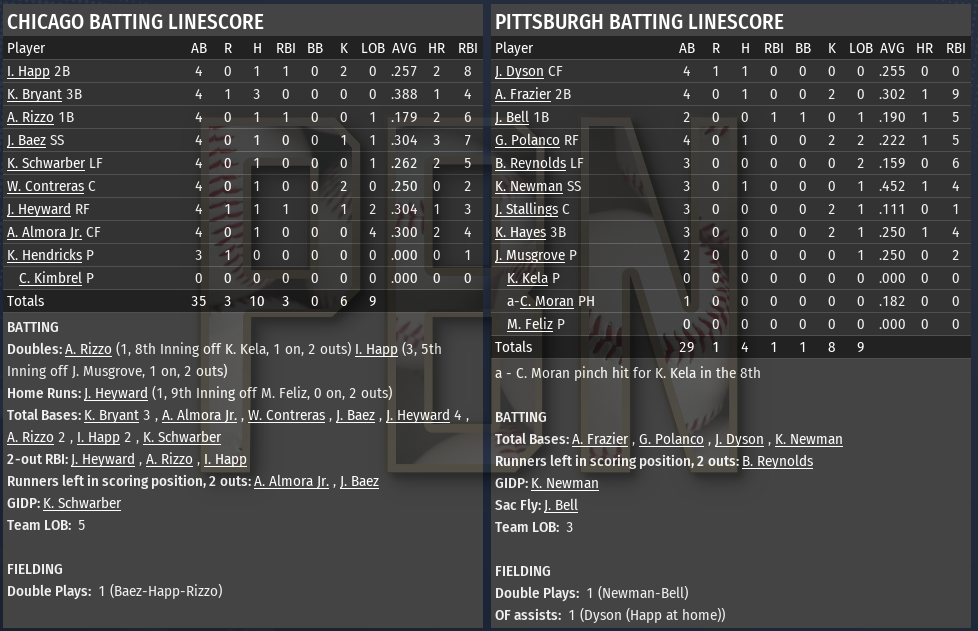 The minor league season begins tomorrow. We’ll have a Prospect Watch with the daily results from the prospects in 2020, and a look ahead at how they did that same day in 2025. 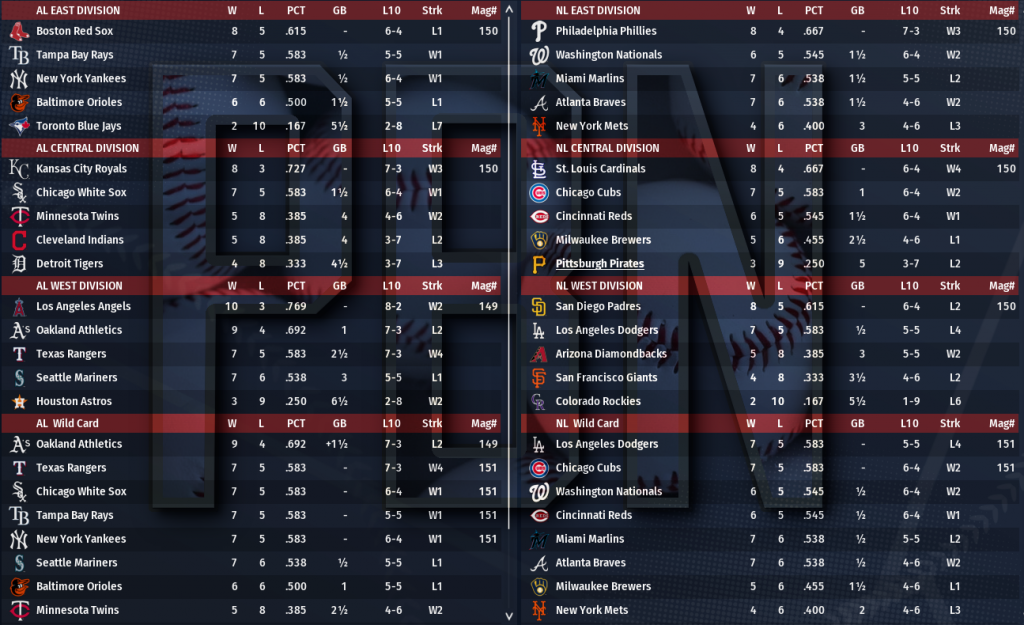