OOTP: Pirates Drop First Game of Series to the Cubs

The Pittsburgh Pirates dropped their fourth straight game to start our Out of the Park Baseball simulation of the 2020 season.

The latest loss came today against the Chicago Cubs in Wrigley Field, with the Pirates losing by a 3-2 score. Along with that loss came the loss of the game log information when someone (I don’t think we need to get into naming names) accidentally hit the Quick Sim button this morning and only got the Box Scores.

But the Pirates simulated loss, and the actual loss of the inning-by-inning results, is your gain!

Actually, I can’t back that up.

It’s probably going to be your loss, because I’m now writing a short game recap of a simulated game in a season where the Pirates have dropped to 0-4. I don’t know if this is better or worse than what the real 2020 season would have been.

In the latest game of the simulation, the Pirates went down 1-0 in the second inning when Victor Caratini hit an RBI single, scoring Javier Baez.

Adam Frazier led off the fourth inning with a triple, and Josh Bell followed with a double to tie the score. The Pirates couldn’t score any more runs, despite having Bell on second with no outs.

Trevor Williams was cruising, with one run on one hit through 3.2 innings, when he had to be removed with a blister. That brought on Blake Weiman, who gave up a two-out single to Javier Baez and a two-run homer to Kyle Schwarber.

The Pirates got another run in the ninth inning. Erik Gonzalez hit a one-out double, and moved to third on a Colin Moran pinch-hit single. Gonzalez scored when Kevin Kramer hit a pinch-hit sacrifice fly. Brandon Morrow, who came on to face Kramer, got Jarrod Dyson out to finish the game.

The Pirates left 17 on base, with Gonzalez alone leaving seven stranded, and Polanco and Reynolds combining for five more.

Normal sim recaps will resume tomorrow. Hopefully with a win to write about. Or at least fewer home runs allowed. 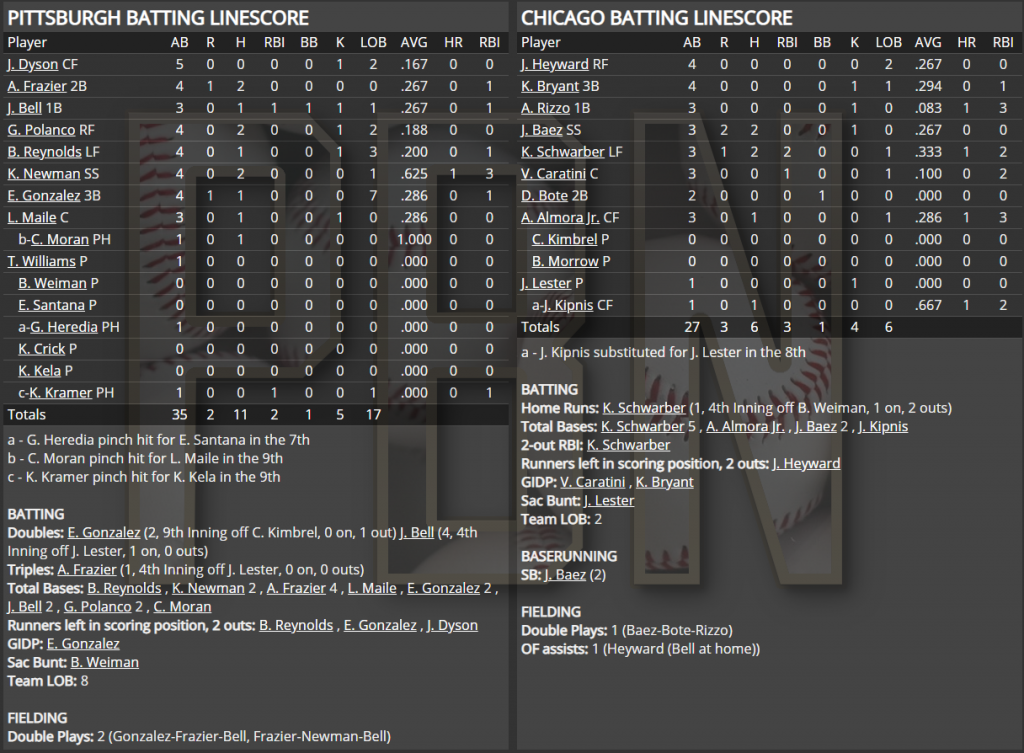 Trevor Williams is only expected to miss three days. He should make his next start. 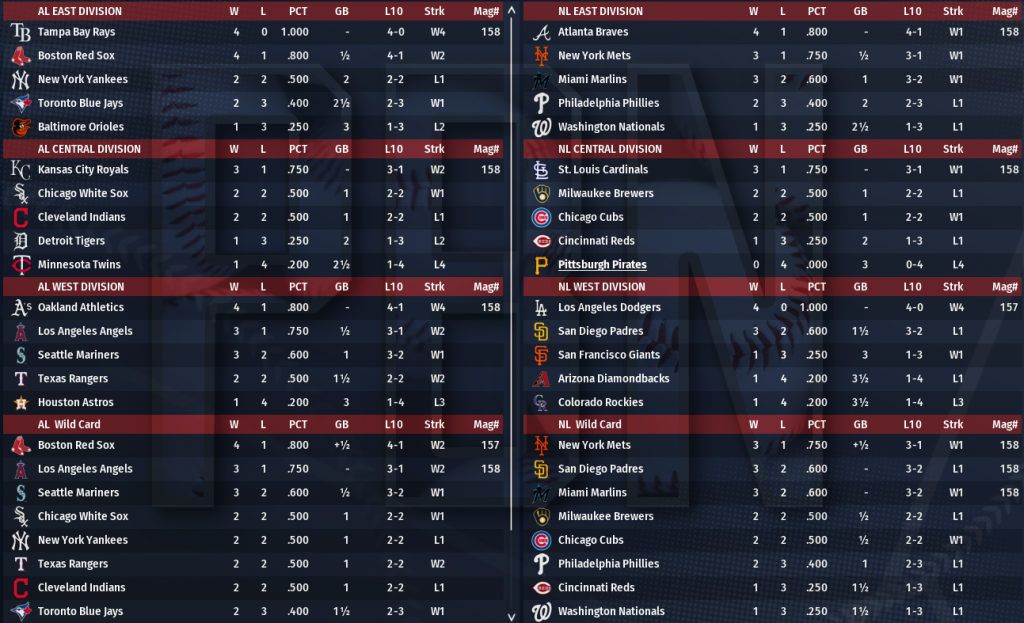